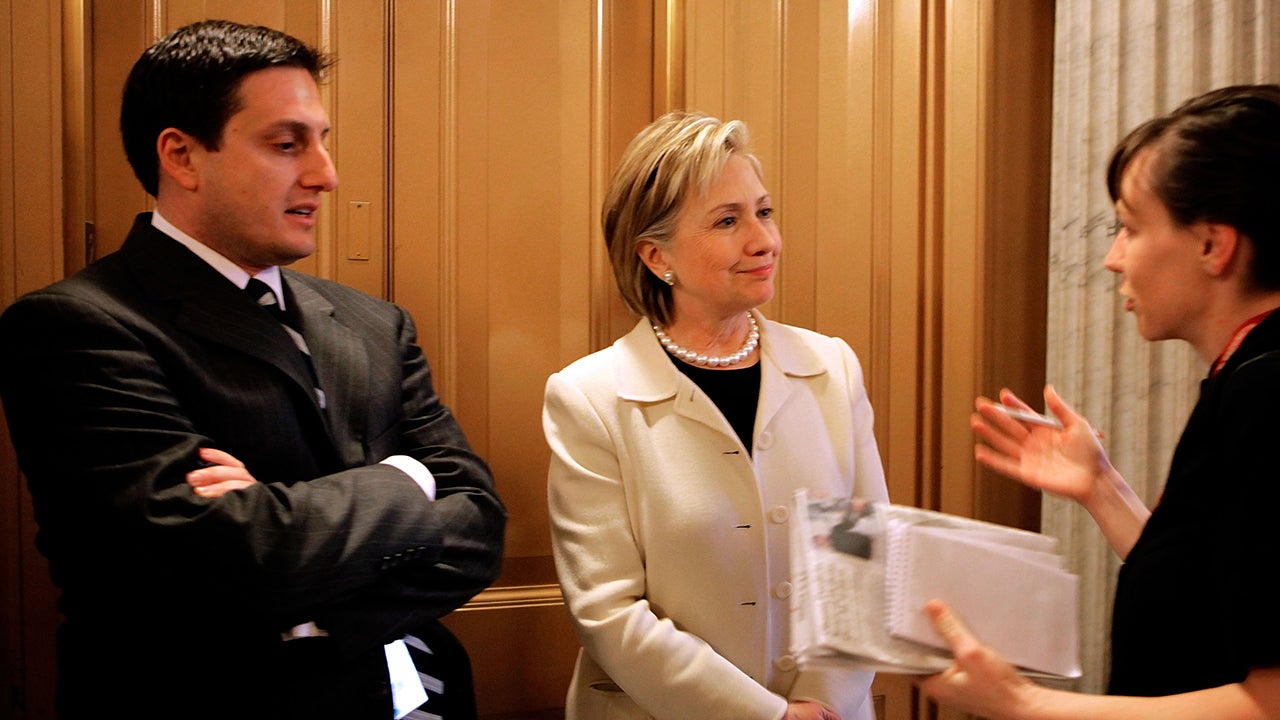 Buried within the Podesta email leaks is an extremely emotional ongoing debate about email etiquette. Specifically, what to do when it comes to subject lines. The email subject line, in theory, contains an overview of what's inside. But in the modern day of infinitely long and amorphous chains, that isn't always the case. And Clinton staffer Philippe Reines is passionate about clearly identifying emails. Philippe Reines and Hillary Clinton in 2009 | Image: Getty

Reines made news for his emails before, most notably around a year ago, when he begged a New York Times reporter to criticise a Politico reporter who criticised him. The subject line of an email he sent to Ben Smith in 2008 is a simple "DOES ANYBODY" with the body of the email asking the journalist the second part of the question, "Do their own reporting anymore?" Clearly Reines has developed strong feelings about subject lines since then.

When Brynne Craig — Clinton's then deputy director of scheduling — responded to an email, "Re: 2pm call CONFIRMED" saying the call wasn't happening, another staffer informed Craig, "Now you will get the lecture about changing subject lines." And oh boy, did Reines deliver on that promise: 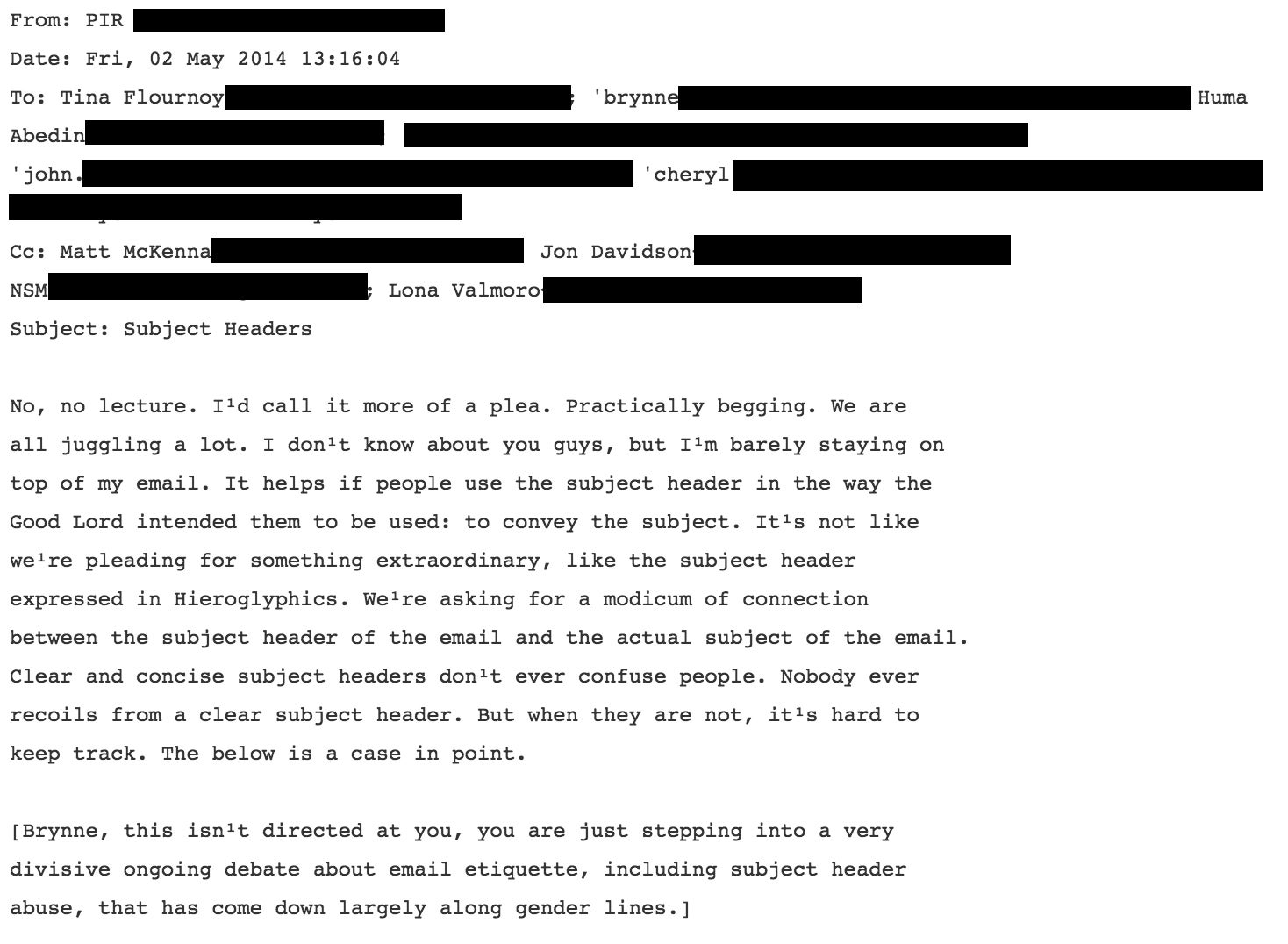 Reines isn't wrong, but it seems like it might be more useful for him to put his energies toward coming up with an email organisation system that works for him, instead of scolding Clinton staffers. And what "gender lines" is he referring to specifically? Do real men like properly labelled emails while hussies of the opposite sex might just let anything fly?

An email's subject should surely do its best to contain the information inside, but the point of the subject line is, ultimately, brevity. In Reines' attempts to make his inbox — and by extension, the world — a more organised place, he betrayed this very notion when he sent the following message six month later: 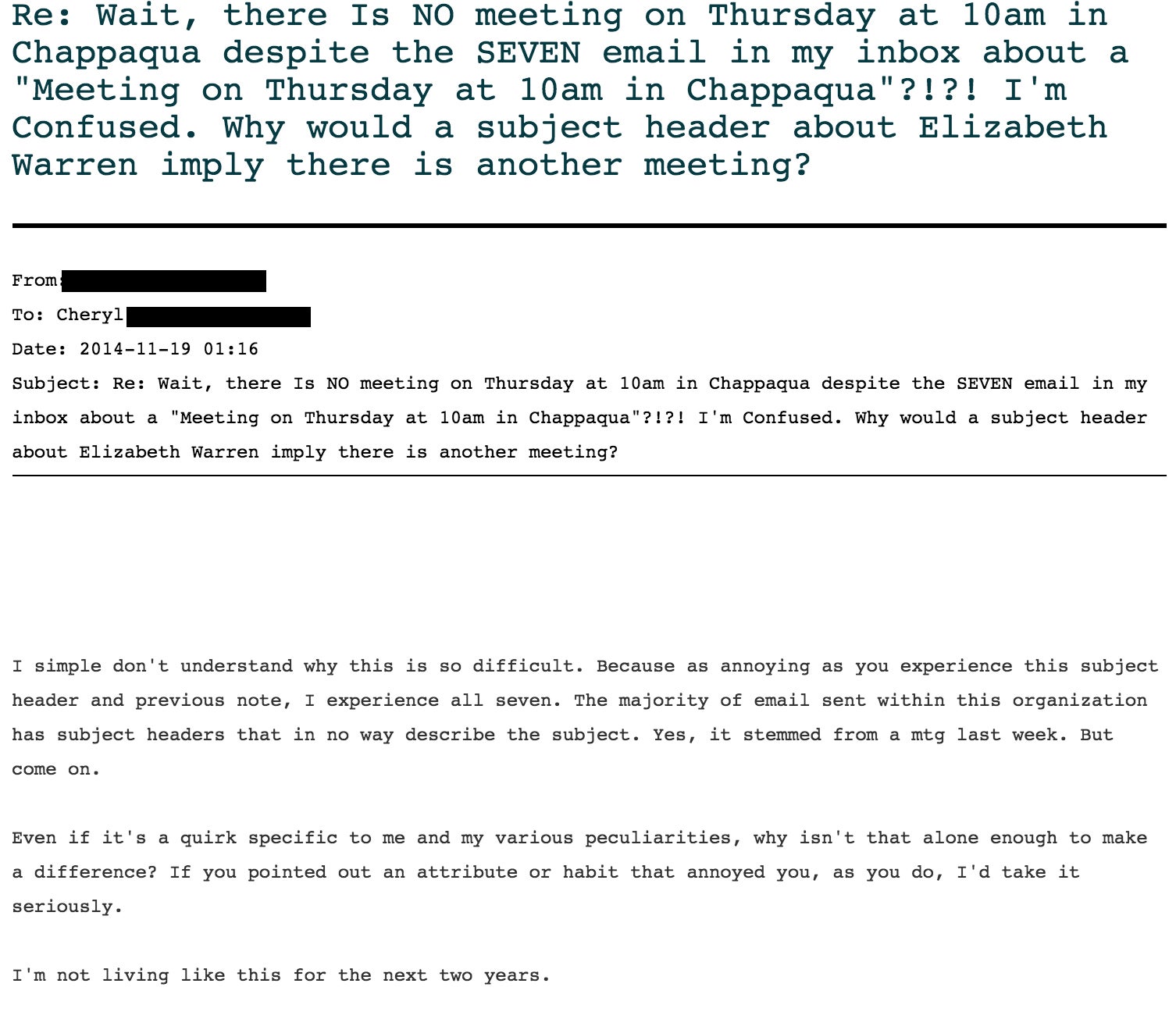 Did Reines, in fact, continue to live "like this" for the next two years? Probably. I hope, at the very least, he found an outlet to pour his email-inspired aggression into, whether it be landscape painting or a Xanax prescription.