Video: Writer-director Benjamin R. Moody makes his feature debut with Last Girl Standing, set in the aftermath of the classic slasher-movie scenario. As every horror fan knows, there's always one girl who lives to tell the tale. But what happens after she scrubs off the blood and attempts to face the world again? Here's the official synopsis:

Five years ago, a masked killer brutally murdered a group of friends. Since then, Camryn, the lone survivor, has struggled to reclaim her shattered life. Wracked with guilt and paranoia, Camryn leads a depressingly lonely existence until Nick, a new co-worker, befriends her and attempts to integrate her into his group of friends.
But just when she might be ready to start a new life, Camryn's past comes back to haunt her. Can she ever have a life again, or is she destined to be alone? 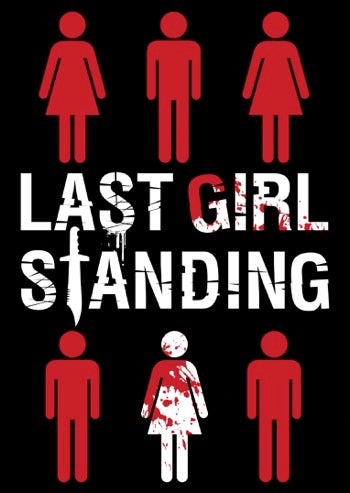 Based on the trailer, this (thankfully) isn't an emo story of survivor's guilt. Rather, it's a "how can the same shit happen to the same guy twice?" type of tale, reminiscent of Scream 2. Five years after enduring hell, the shell-shocked final girl must re-live her slasher nightmare... while trying to prevent the sort of bloodbath that claimed all her friends the first time around.

Last Girl Standing premiered in Australia last year as part of A Night of Horror. It hits DVD and Digital HD in the US on November 1 - an Australian home release date has not yet been announced.