Is This Fast Electric Scooter Impossibly Awesome Or Totally Lame? 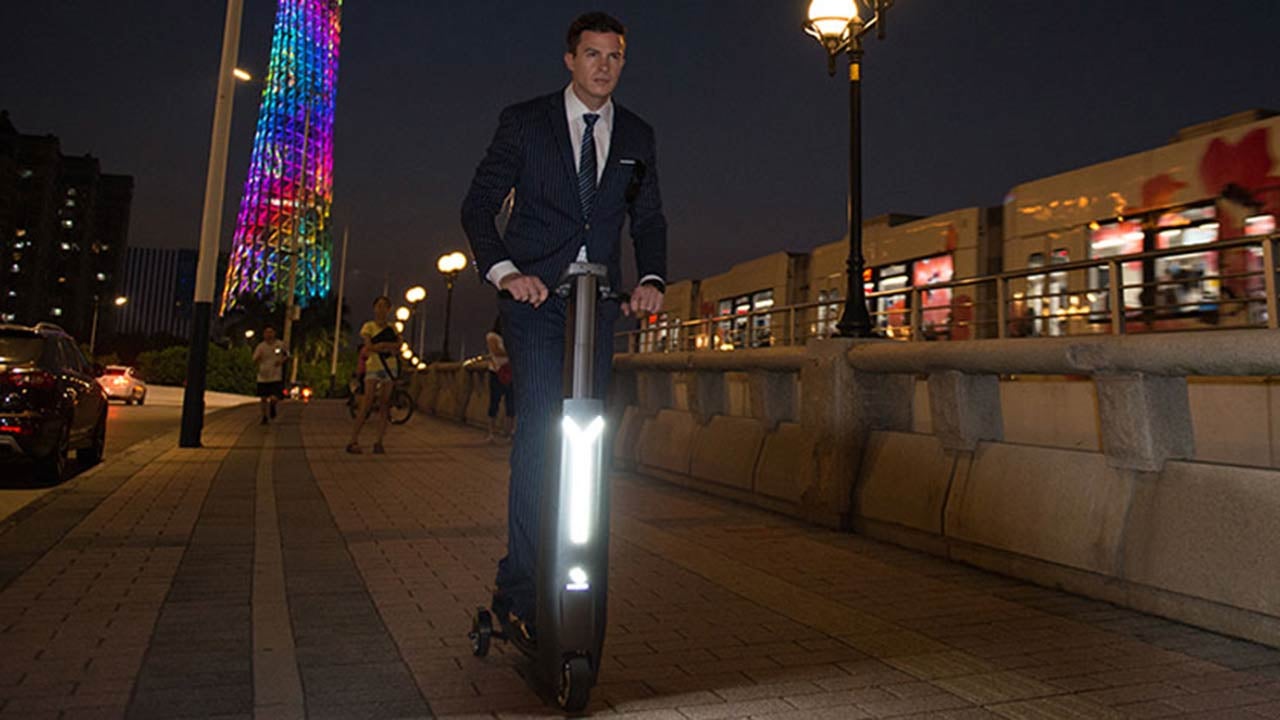 What do you do when you leave your successful battery case startup? If you’re Daniel Huang, the guy that co-founded Mophie, you make ugly electric scooters.

According to Engadget, Huang is focused on figuring out what personal transportation devices look like in the future. In a world where hoverboards flamed out (literally), Huang’s solution is the Immotor Go smart scooter.

The scooter looks pretty silly, but it actually sounds like it could be a cool personal transportation device.

It folds up (and apparently CAN be taken on an aeroplane), goes up to 32km/h and has a range of 32km on a single charge. It also weighs 14kg, so it’s not the lightest rideable on the market, but it’s certainly “portable”.

More than the hoverboard, the Immotor Go seems aimed at a similar market of increasingly motorised transport devices, like the Boosted Board and the growing number of e-bikes. It’s not just a toy — this thing is supposed to help you commute around the city.

And given everything that happened with hoverboards, the battery on this thing is supposed to be very safe. According to Engadget, the company took pains to make sure its scooters wouldn’t go down in flames:

The company also offered up a credibility-straining claim that its Super Batteries won’t explode, even when they have been punctured. When I pushed them for more explanation, the response could be boiled down to two points: firstly, the units are built with a thick metal casing that will make it difficult for anyone to damage one by accident, and second because they just won’t, ok, so stop being such a narc. Then again, Huang was CEO of Mophie for a decade and has been joined in his new firm by Christian Sheder, a former executive at XPal Power. So they’re going to get an inch-worth of trust to demonstrate how these claims will operate out in the real world.

Call us sceptical, but at least this Huang and Immotor are trying to put safety first.

Given the background of the guy who created the scooter, I’m a little surprised that the Immotor is on Indiegogo. Early birds can get one for $US400 ($523) for expected shipment in March 2017.