Hurricane Matthew Triggers Large-Scale Evacuations On The US East Coast 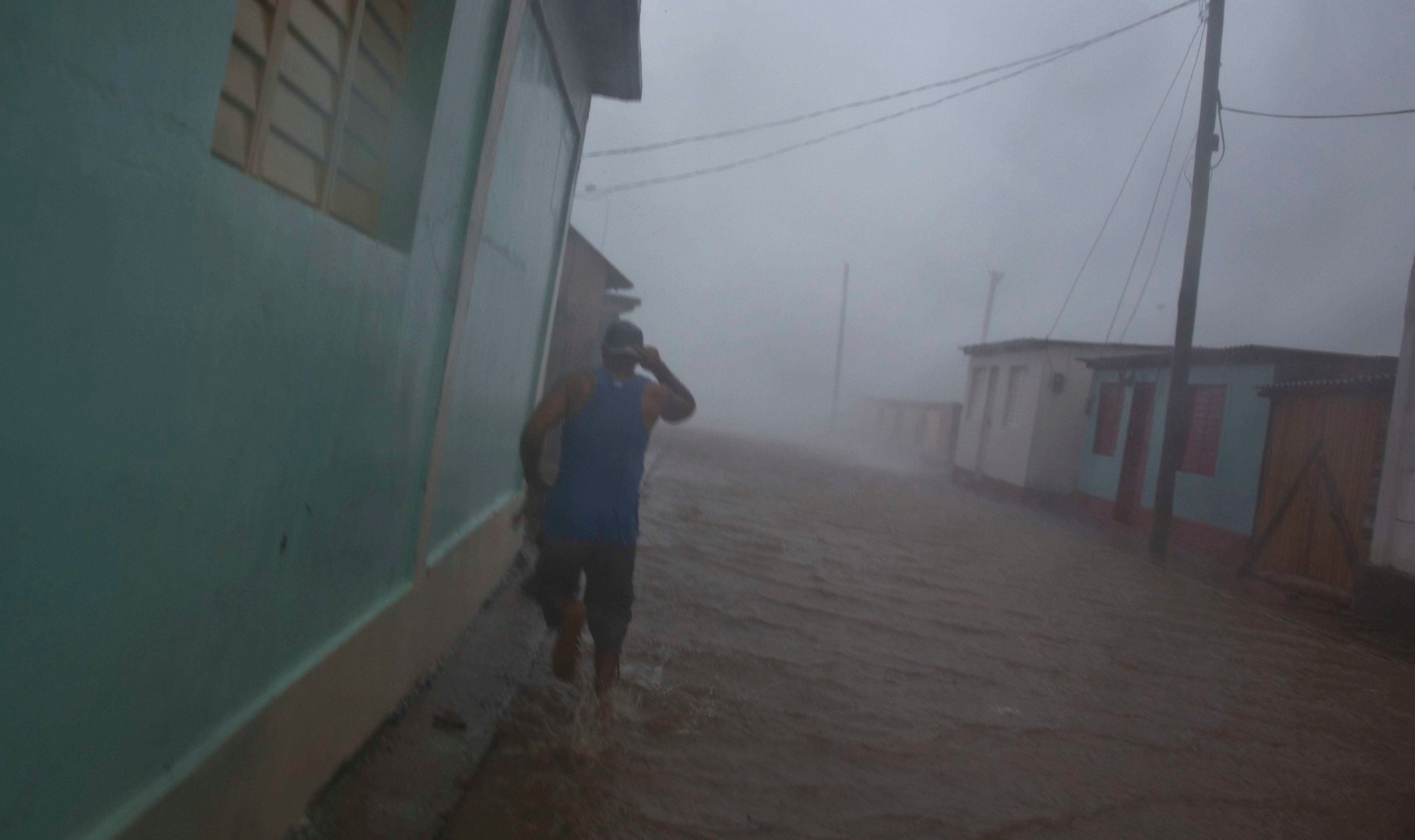 Matthew weakened somewhat during its trek over mountainous Haiti and eastern Cuba yesterday, but it remains a powerful, Category 3 storm packing 195km/h winds, according to the National Hurricane Center. Unfortunately, as the storm moves over extremely warm waters in the Bahamas today, meteorologists expect it to regain some of its lost strength.

By the time Matthew reaches Florida's eastern shores tomorrow morning Australia time, it's expected to be a powerful Category 3 — possibly even a Category 4 storm, commanding fiercer winds than Hurricane Sandy in 2012. The latest hurricane forecast models show Matthew making a close pass up the Florida peninsula on Friday (how close exactly we're not yet sure) before reaching Georgia and the Carolinas by Saturday afternoon. Interaction with the land will cause storm to weaken, but impacts in the southeast are expected to continue into the weekend. 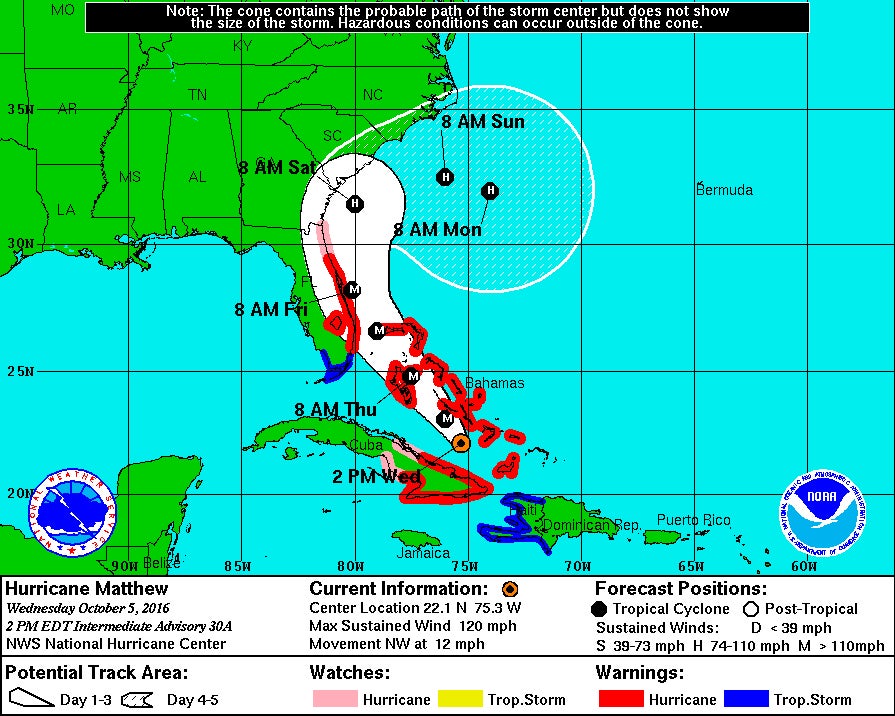 Those impacts include tropical storm force (63km/h+) and hurricane force (119km/h+) winds, heavy rainfall and surges of up to 1.5m. In particular, the National Hurricane Center warns of the potential for deadly flooding up and down Florida's east coast over the next 36 to 48 hours.

"The combination of a dangerous storm surge and the tide will cause normally dry areas near the coast to be flooded," the Hurricane Center said. "There is a danger of life-threatening inundation." 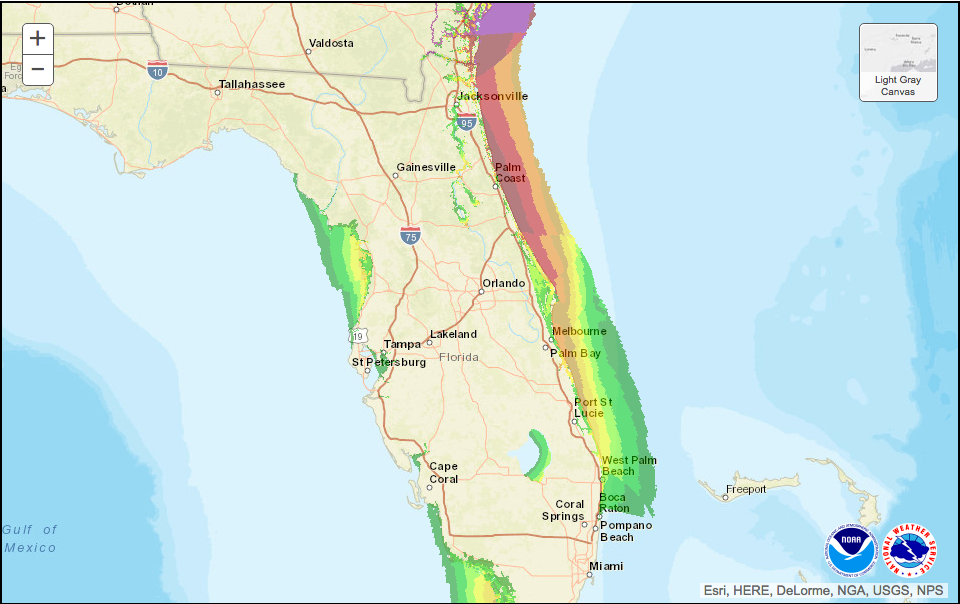 Most of Florida's east coast is under a hurricane warning or watch right now, with residents of certain coastal communities being told to evacuate. An evacuation of Charleston, South Carolina's second-largest city, was set to begin at 6:00AM AEDT today. According to Governor Nikki R. Haley, other areas of the state will be evacuated starting tonight. Tens of thousands of National Guard troops have been mobilised to assist. 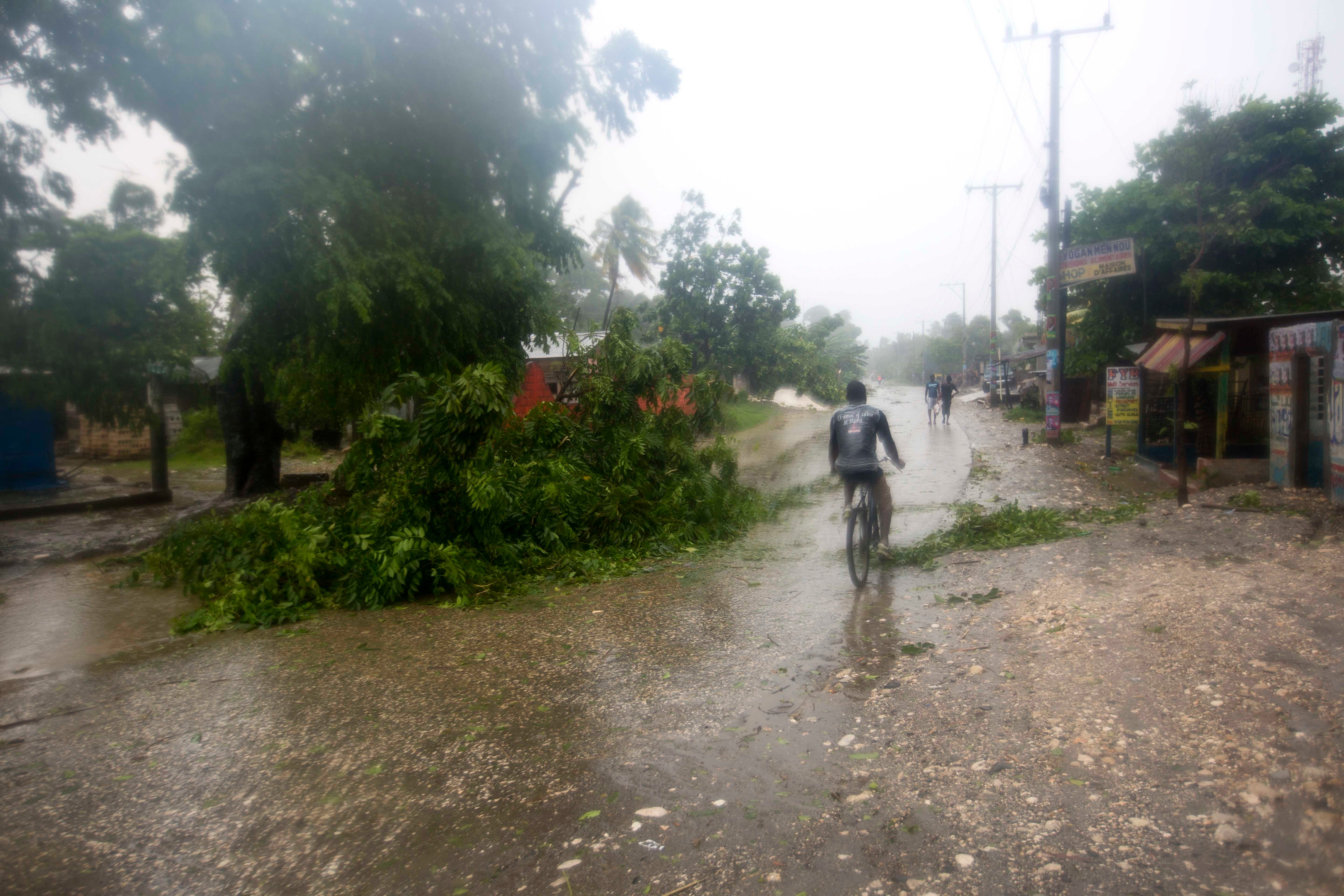 A man rides past an uprooted tree in Leogane, Haiti on Tuesday, October 4. Image: AP

Speaking at FEMA headquarters in Washington this morning, US President Obama urged citizens to take evacuations seriously, warning that a direct hit by the storm could have a "devastating effect" on the southeast. Florida Governor Rick Scott has been equally apocalyptic in his language, saying that Matthew could lead to "massive destruction" unseen in decades.

Haiti, the most impoverished nation in the Western Hemisphere, took a direct hit from Hurricane Matthew yesterday. Aid workers are nowhere close to assessing the full extent of the damage, but the storm is already being called the "worst humanitarian event" to strike the nation since a devastating 2010 earthquake left 50,000 people homeless. At least 10,000 Haitians are in shelters and hospitals are overflowing, according to UN special representative for Haiti Mourad Wahba. 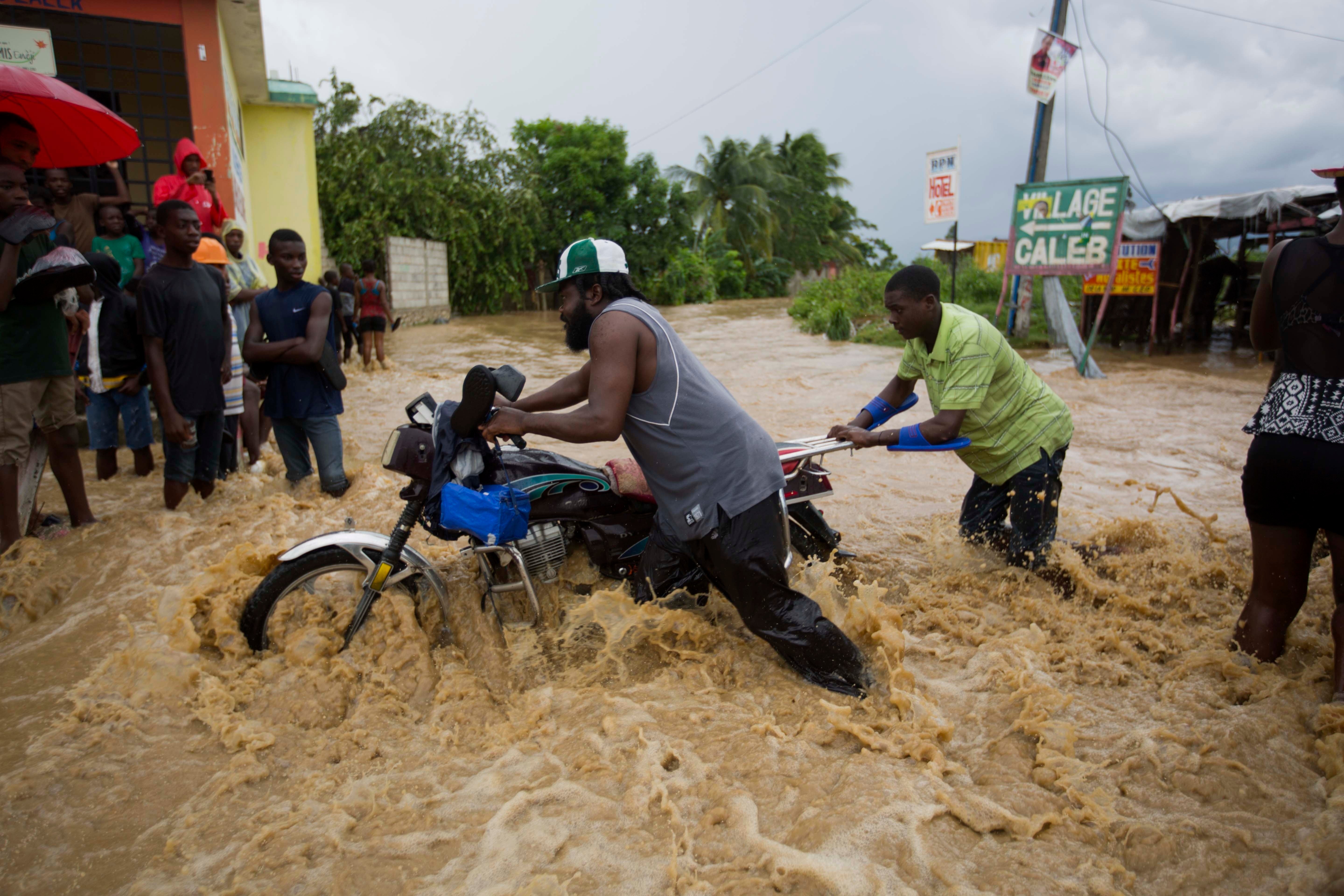 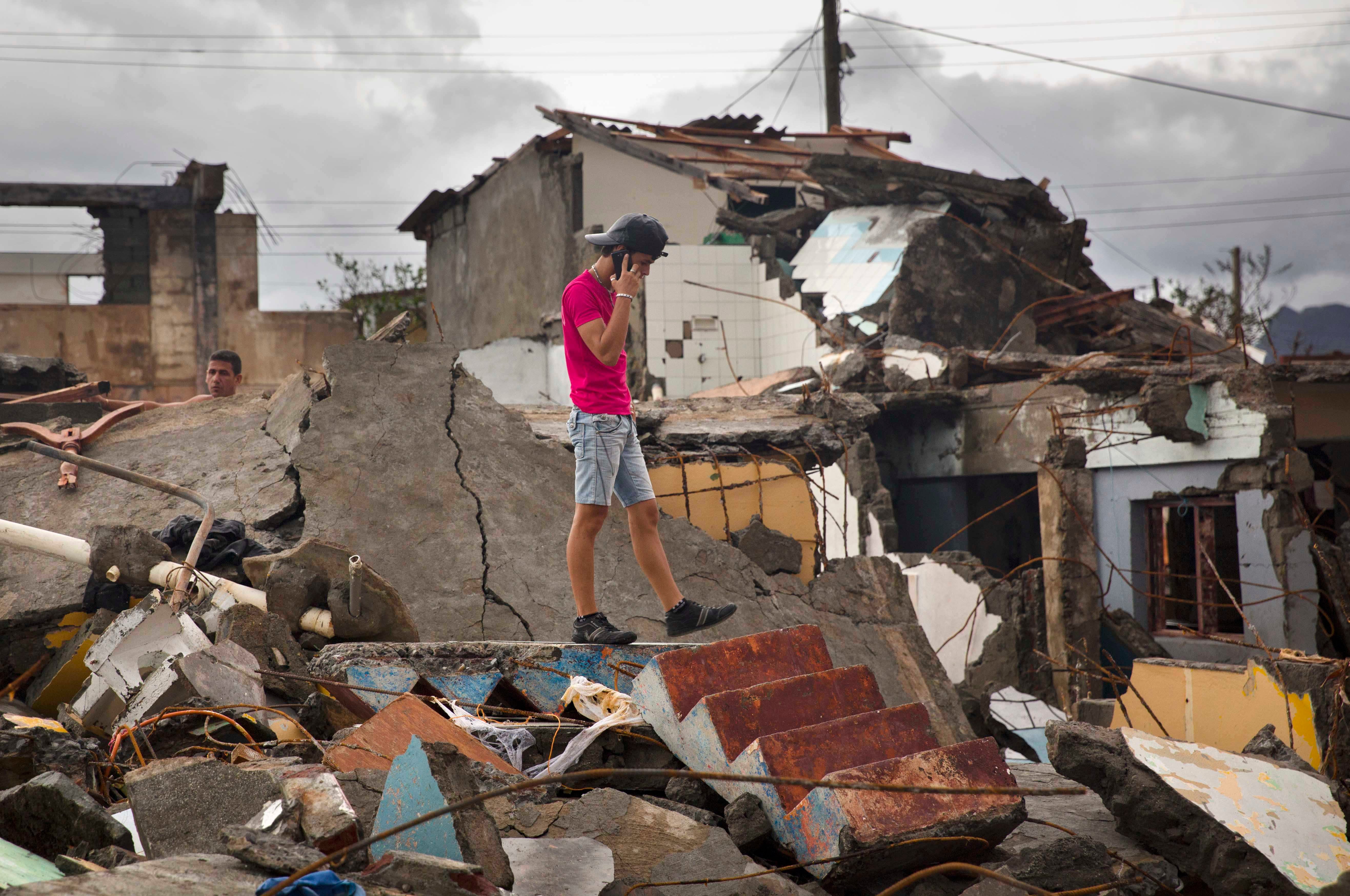