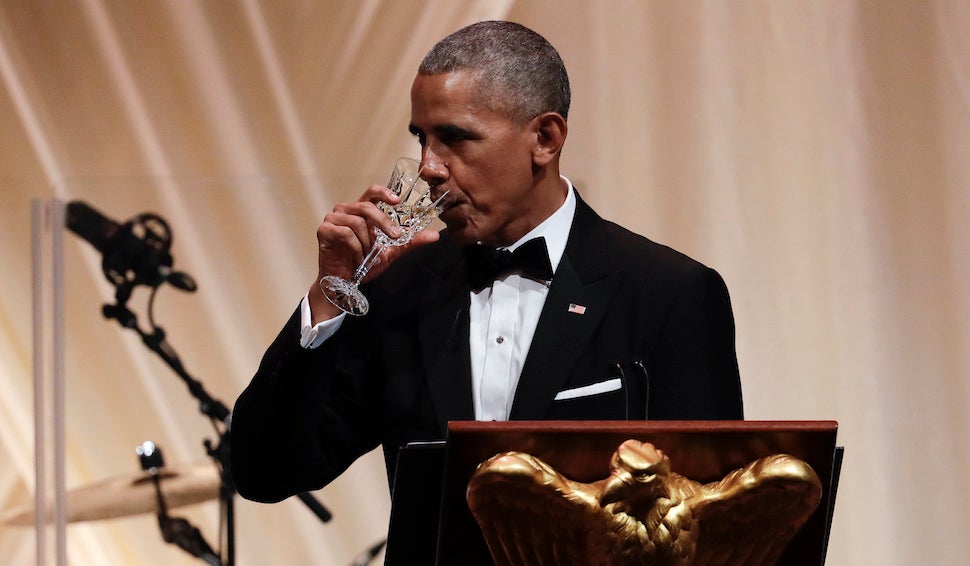 Turns out there was more to Wikileaks' John Podesta email dump than just weird messages from Tom DeLonge and Katie Couric's email preferences — the cache also includes what appears to be a personal email address belonging to one Barack Obama.

CNBC points out that five messages included in the dump were sent to or from [email protected] Four of the five did not receive a reply, but one did: 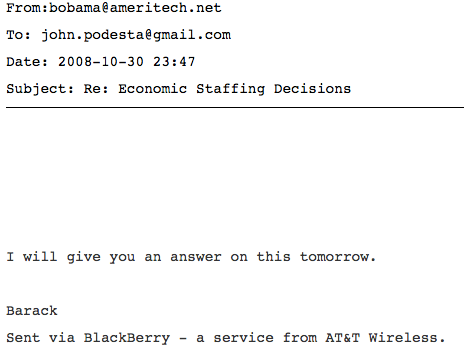 The message — which, like the other four, was sent in October 2008, shortly before Obama won the election — was from Podesta, and centered around potential economic staffers, including, apparently, Warren Buffett. The reply from [email protected] was sent from a BlackBerry, a device Obama is known to be a fan of.

In an interesting twist, Obama's purported email address also popped up in a previous Wikileaks dump — the Sony email hack. It's included in an email from a woman named Laura Wasserman, who warned everyone on the thread not to open an email from her about Dropbox.

A message sent to [email protected] today didn't bounce back, but we're going to keep refreshing our inbox in case Barry wants to chat.