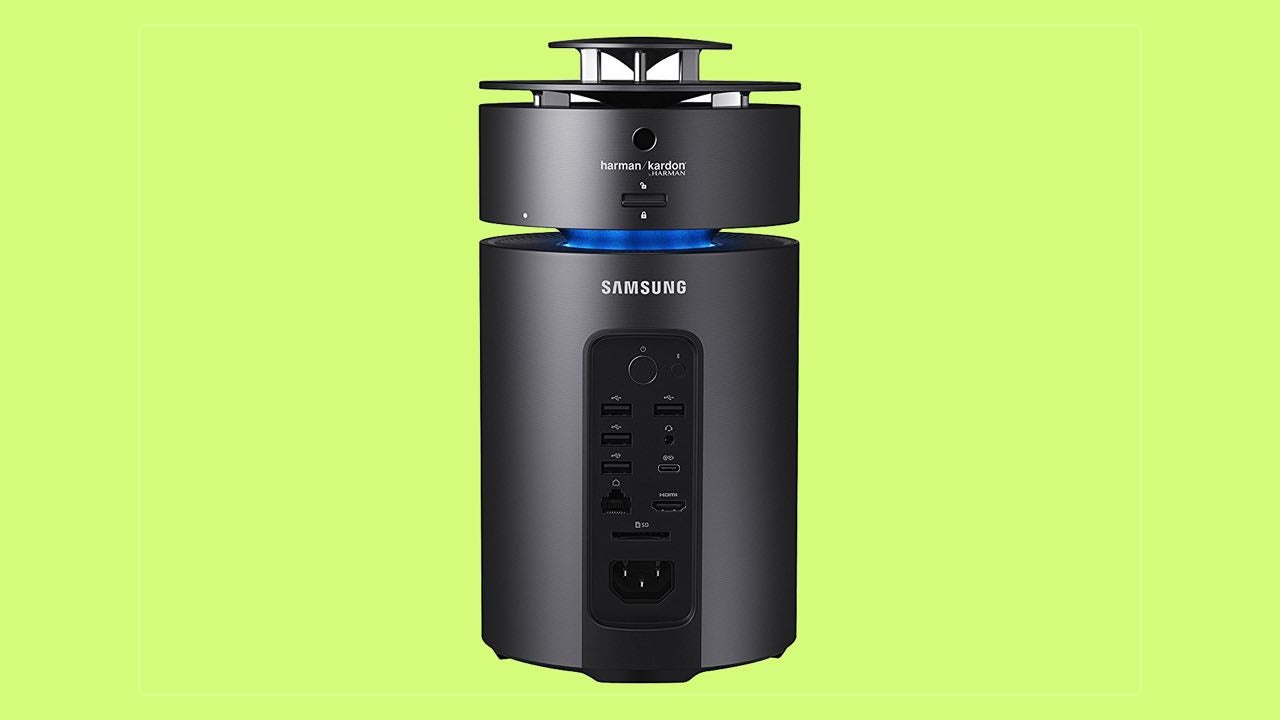 More than three years ago, Apple started selling a computer that looks like a rubbish bin. Now Samsung has a very similar looking computer that is much cheaper. Image: Samsung

Dubbed the ArtPC Pulse, this $US1200 ($1577) computer looks even more bin-like than the Mac Pro. But see, this is all about art. (For the designers at Samsung, copying one of Apple's designs is very avant-garde.) The ArtPC Pulse is nearly 28cm tall and features circular lighting, along with a "Harmon Kardon 360-degree Omni-directional speaker unit". Apparently, the computer also has removable expansion modules that will let you customise the system. A 1TB HDD module is available separately.

I'm not really sure why it took Samsung three years to copy Apple's cylindrical design for a desktop. Then again, Samsung's not alone. HP built its own PC in a 360-degree speaker back in August.