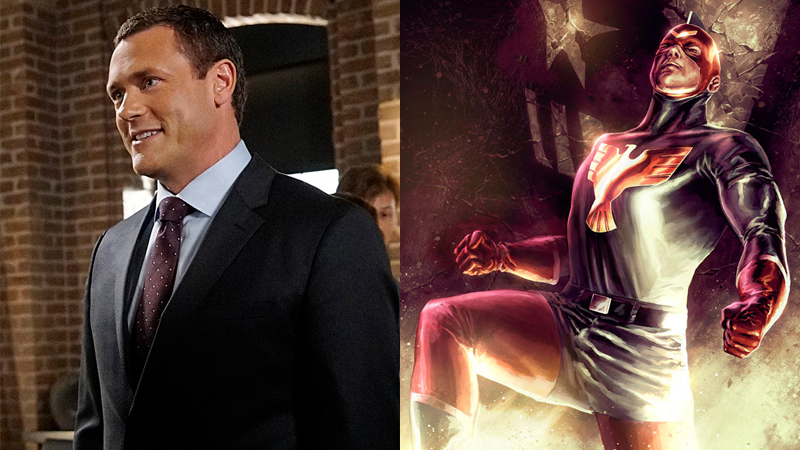 Ever since Agents of SHIELD started teasing the agency’s new director, we’ve known that the character would have ties to a very old Marvel hero. Well, now we know exactly who that hero is, although they’re going to be appearing in SHIELD with a few twists.

Entertainment Weekly has revealed that Jason O’Mara’s character is in fact Jeffrey Mace: The Golden Age incarnation of the Patriot, and, for a short while, the third Captain America.

First appearing in The Human Torch #4 in 1941, Mace was a reporter inspired to become a superhero during the Second World War by the heroics of Steve Rogers, eventually founding the Liberty Legion, a ’40s superhero team tasked with safeguarding America from Nazi collaborators on American soil during the war. Although Mace wasn’t really connected to the later world of Marvel superheroes, the company retconned him has having taken on the Captain America mantle some time after World War II, while Steve Rogers was MIA.

While the comic book Mace was only a “superhero” in name — he didn’t really have powers other than exceptional athleticism and combat skills — in Agents of SHIELD he’s now an Inhuman. Mace was apparently suggested by Coulson to be the face of the resurgent SHIELD rather than himself, to instil trust in empowered people in the wake of the events of Civil War. It’s unlikely the MCU version of Mace will have any past links to Captain America himself, but it’s still cool to see an old piece of comic book history come to life on TV.