Your Bad Driving Is The Reason Traffic Jams Exist 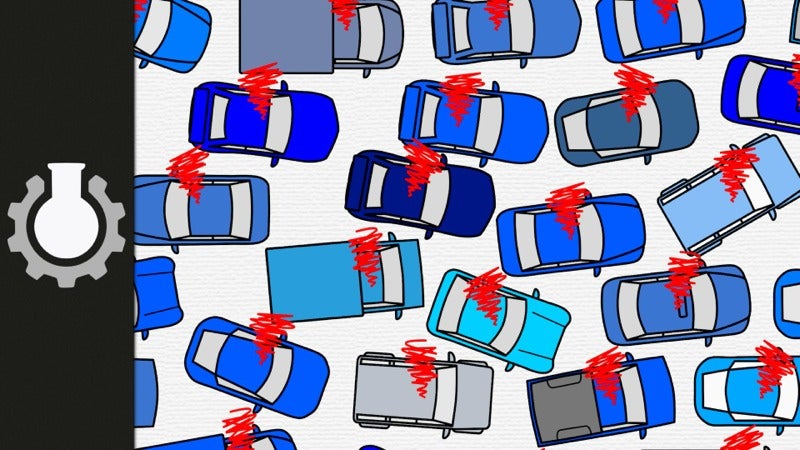 We’ve all been frustrated by city traffic, waiting in a long line of cars for the light to change at an intersection. And then the stupid light turns red again before we can make it through because the cars ahead of us took so long to get going.

A new video by CGP Grey deftly explains what’s going on. Basically, intersections are bad for traffic because they inevitably lead to so-called phantom traffic jams:

The problem: densely packed cars become “highly correlated,” meaning that they move in unison. This creates a feedback mechanism in which a tiny perturbation — a single driver braking unexpectedly — will send little ripples of corresponding slowdowns through the entire chain of cars behind him/her. CPG Grey colorfully likens it to a “traffic snake slithering down the road eating incoming cars at one end and pooping them out the other.”

There’s a simple solution: if every driver makes sure he or she maintains the exact same distance between the cars in front and back — no tailgating like a big old jerk! — those tiny fluctuations smooth out and those phantom jam is less likely to develop.

Alas, human beings are basically “monkey drivers with slow reaction times and short attention spans,” not to mention stubborn creatures of habit Getting everyone to change their behaviour and coordinate with each other so precisely is pretty much impossible.

A better solution, per the video, is self-driving cars, programmed to maintain those ideal distances between other vehicles at all times. They could even communicate with other wirelessly, removing the need for traffic lights altogether.