Why Would Apple Turn Its Messaging App Into Such A Nightmare? 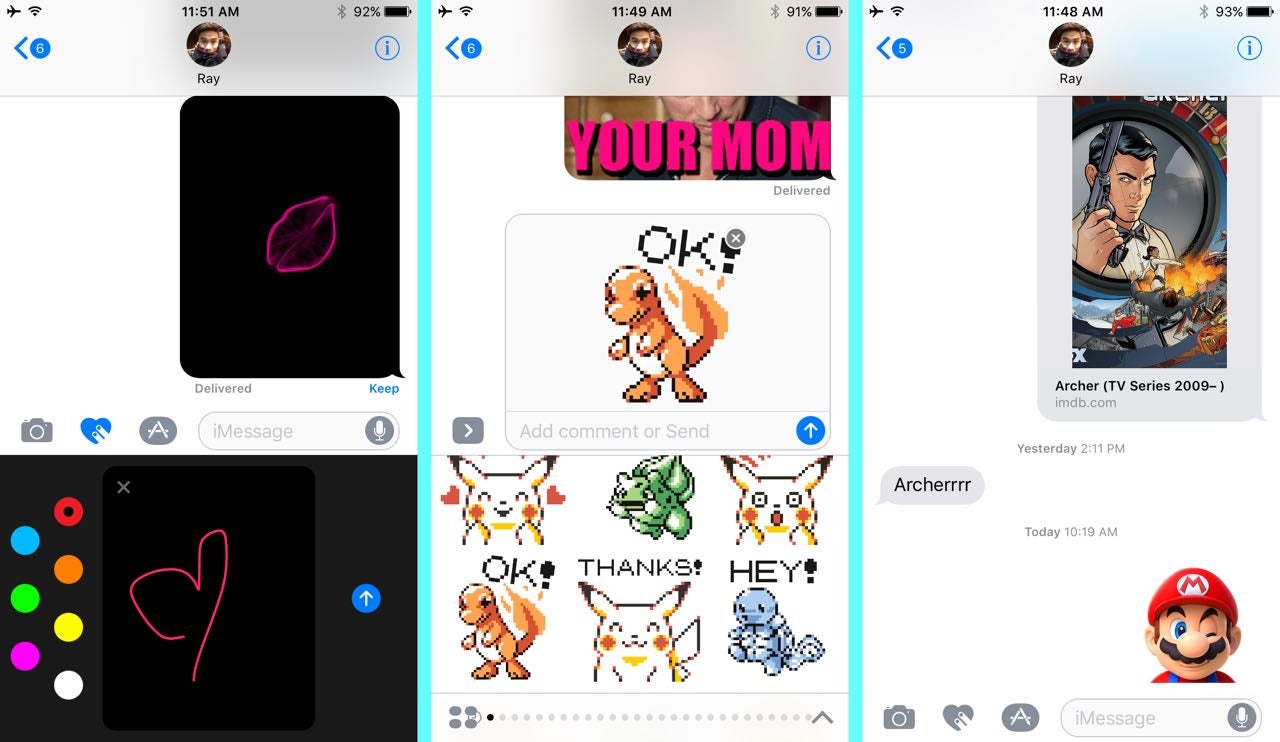 Messages used to be a really simple app to use. You could add a photo or send an emoji, sure, but that was about it. If you wanted to send stickers or slide someone some cash, that’s what Facebook Messenger, or a host of other apps, were for. Now, Apple has made Messages way more complicated, by adding a load of new capabilities. Instead of just sending text messages and photos, you can now send rich links, little digital drawings or haptic Digital Touch messages. You can even send stickers.

All in all, it’s a nightmare, and a huge departure for Apple. It’s messy, it’s chaotic and, in many regards, it’s a wholly unpolished catastrophe. And you know what? I love it.

A lot of these changes are good, even if the implementation into the app is convoluted. And despite the complications, Messages is not only great (embrace the chaos!), it’s also a necessary move Apple needs to make in order to compete with the likes of WhatsApp, Snapchat and Facebook Messenger. Simplicity be damned, the users want it all. 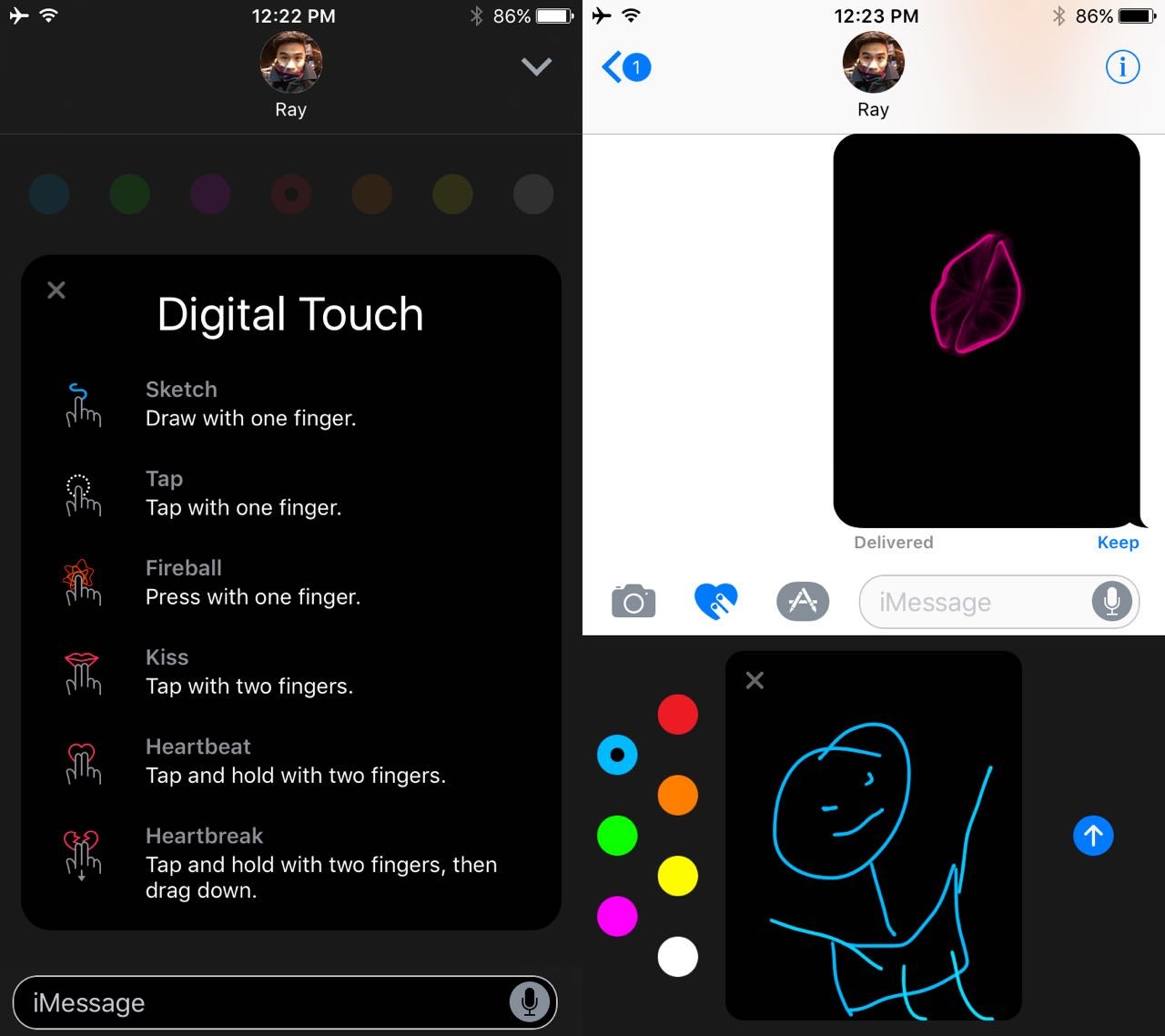 It’s harder to send a Digital Touch than it should be. Apple even has to give instructions.

iOS 10 launched just days ago, and I’ve already received a bunch of messages from friends, many simply saying “I don’t like this.” That’s understandable. For one, the way Apple has integrated all these features leaves a lot to be desired. Sending digital kisses or your heartbeat can be more confusing than it should be.

Although it’s cool that there are a ton of iMessage apps, sifting through those apps can be a huge pain if you’re the type of person with lots of apps already installed on your phone. By default, most apps you have installed that also have an iMessage component will show up. You can toggle which apps appear on and off, but it still means that finding what you want can be a slog.

Stickers are a big draw in Messages, and you can now download free and paid sticker packs to affix to your text messages. But Apple decided to put those Sticker packs alongside much more complicated regular apps, like IMDb or Citymapper, which feels like a missed opportunity. Stickers should live in their own part of the app, rather than being mixed in with third-party apps that offer additional features. That’s how Facebook does it with Messenger, and since Apple already stole so much from Facebook Messenger, it should have stolen that feature too. 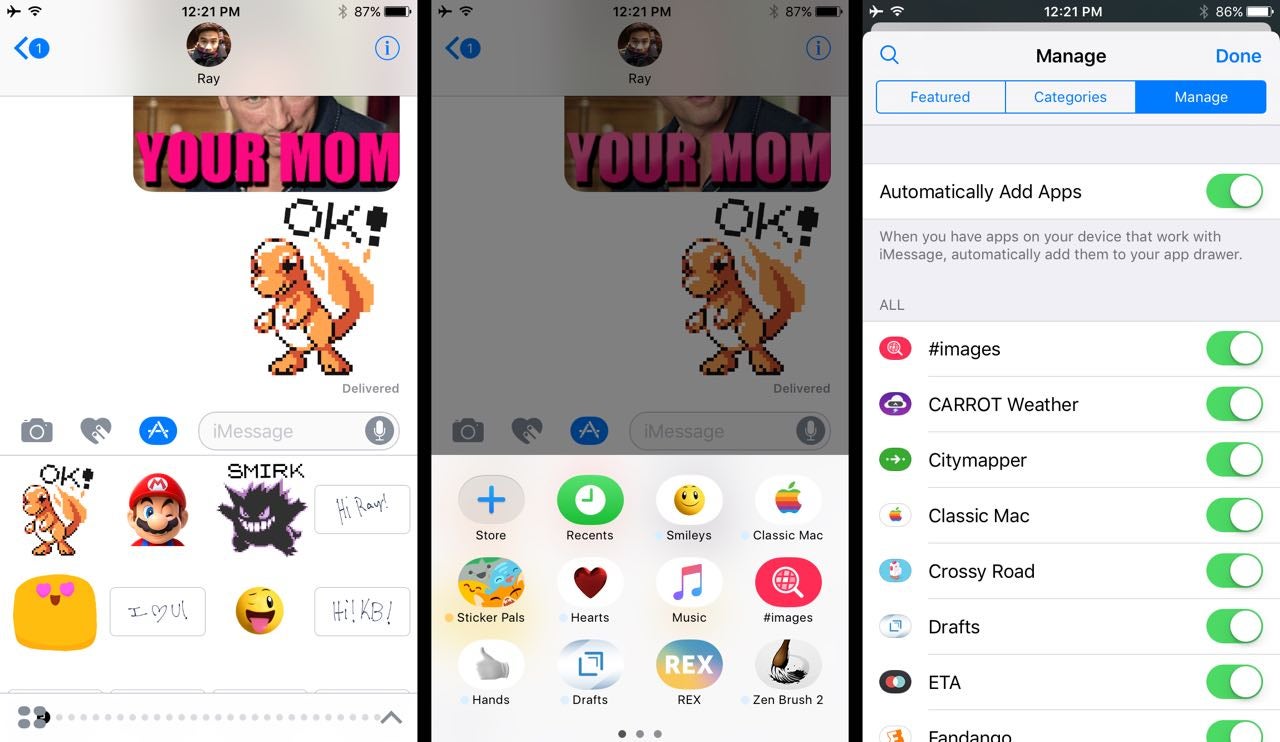 So many apps. And notice how sticker packs sit alongside third-party apps like Drafts, Rex or IMDb.

More than the clumsy implementation, which might be fixed one day, the Messages overhaul turns what was a simple communication tool into a maddening hell of a disorder. What was a simple feed of texts — with maybe a photo here or there — is now a feed full of animated backgrounds, GIFs, huge stickers, dick animations and beating hearts.

But you know what? I sort of love it. The chaos of dealing with apps can be a pain in the arse, sure, but I actually like having access to all of this whimsy inside iMessage. 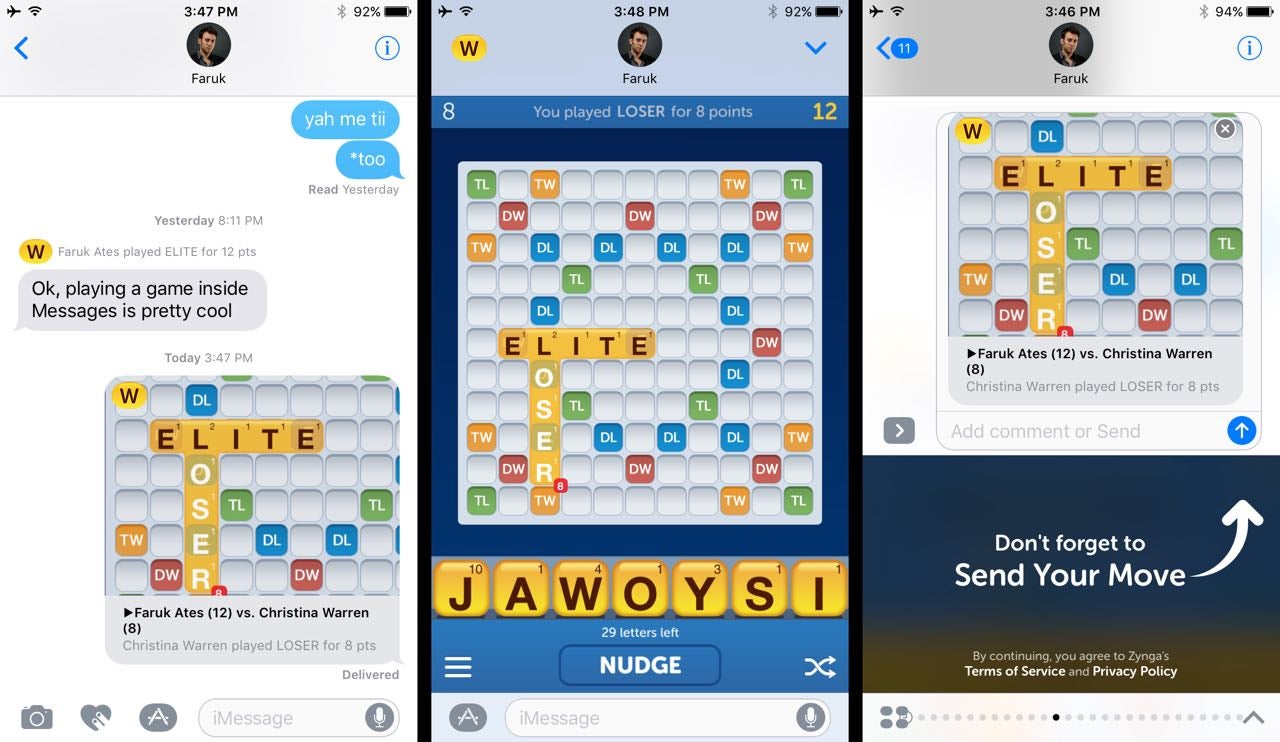 I won’t lie, I enjoy playing Words With Friends inside an app.

Sure, this is the sort of stuff I can do in other chat apps, but it’s better for me if I can just do it in the app I use most often, which is Messages. But more to the point, this sort of whimsy and these kinds of Facebook Messenger-like features are desperately needed to keep Messages relevant.

Among users outside the US, particularly in China, apps like WeChat are pushing to become the operating system for your phone. You can do almost anything in WeChat, from ordering a taxi to sending friends money to making voice and video calls to playing games. Facebook has taken roughly the same approach with Facebook Messenger in the United States and Europe. Messenger wants to be the most important app on your phone. Facebook is even going all-in on bots as a way to predict what users want before they even have to ask for it.

And that’s bad for Apple, because if too many people get used to using third-party messaging apps, the appeal of owning an iPhone could go away. In this way, I think that the chaos-induced insanity of the new Messages is actually smart. If that’s what people want, why not bake it natively into Apple’s OS? Sure, plenty of the features are gimmicks, but given the success of competitors, it’s not surprising that this is what Apple thinks it needs to do to stay ahead. Whether it will work is another another question — one that is much more difficult to answer.