Why Humans Will Never Live Off Sunlight 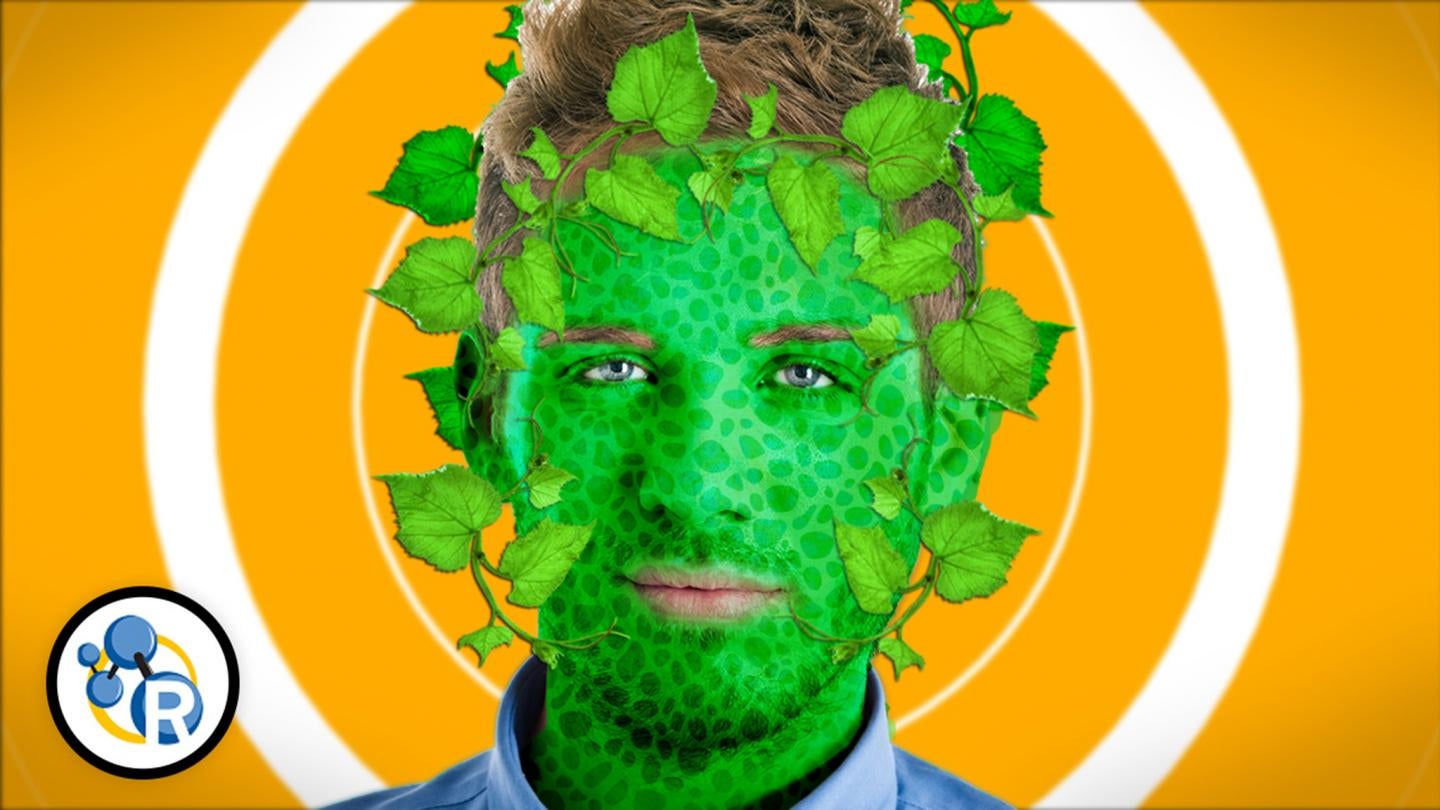 Imagine if we could be like plants, lying outside all day soaking up sweet, sweet energy from the sun. Doesn’t sound like a bad life, does it? So why aren’t the world’s best minds figuring out how to hack photosynthesis into humans?

C’mon, you know you want to be this guy. Image: The American Chemical Society

It turns out there are a lot of reasons, which are spelled out in a new video by the American Chemical Society. First, there are aesthetics to consider: Your cells would have to be packed with light-harvesting pigments called chlorophyll, meaning you’d be bright green, or maybe a custom-tailored shade of red or blue. (Although I’m pretty sure you wouldn’t have ivy sprouting out of your forehead.) But far more problematic than your skin’s unusual hue is the energetics of photosynthesis.

Eating sunlight isn’t all that efficient — plants are only able to put a few per cent of the energy packed away in the sun’s rays to work. For your average tree, that translates to about 837kJ a day. The reason our leafy green friends can get by on such a lean diet is that they live a very sedentary lifestyle, so unless you really want to lay in the sun all day and also be braindead, you’d need to supplement your solar meals with a regular intake of cheeseburgers. (Also, your body would still require protein in addition to the sugar you’re producing from photosynthesis, so again, cheeseburgers.)

Finally, plants maximise the amount of energy they can capture by growing their leaves very thin. Your sausage fingers and burrito arms are ill suited for the task, so you’d probably want to scrap them for bionic sail appendages instead. Is this sounding fun or what!

Insurmountable obstacles aside, the idea of hacking photosynthesis into humans has gotten real scientific consideration, and there are animals out there that really do photosynthesise, in a way. So, even though our descendants will never live entirely off the sun, who knows? Maybe distance runners of the future will be able to charge up with a little solar snack now and again.