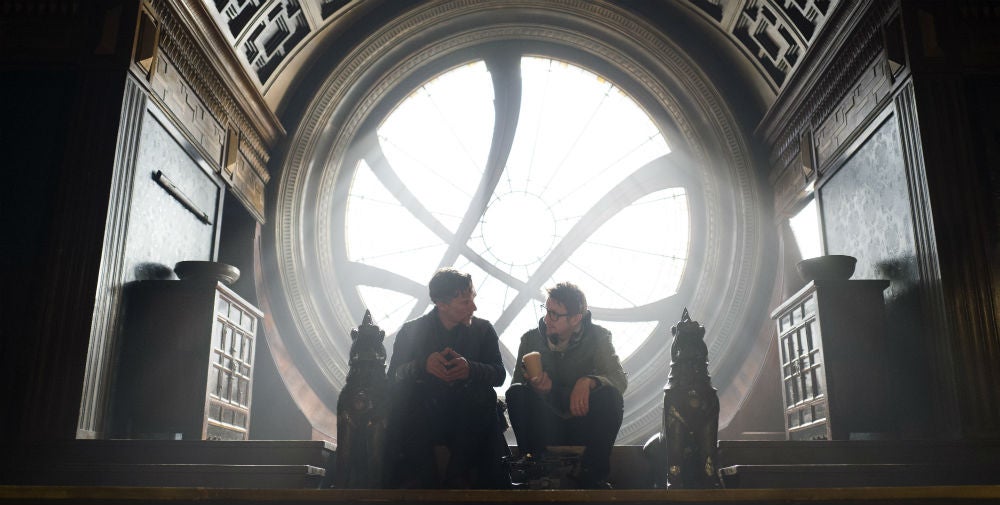 Visiting a movie set is almost like a crime scene investigation. There’s a truth, but no one wants to reveal it, so you poke around and see what secrets you can discover. Earlier this year, we visited the set of Marvel’s Doctor Strange and tried to discern if the next Infinity Stone, those magic rocks at the core of pretty much everything in the MCU, would appear in the film. Our verdict: Probably.

Benedict Cumberbatch and director Scott Derrickson on the set of Doctor Strange. All Images: Disney

First, a quick recap. In the Marvel Cinematic Universe we’ve only seen four so far(the Tesseract in Captain America: The First Avenger, the stone in Loki’s scepter in Avengers, the Orb in Guardians of the Galaxy and the Aether in Thor: The Dark World, specifically). That means two more have to be introduced: The green Soul Stone and orange Time Stone. And these have to be introduced before 2018, when Marvel will release Avengers: Infinity War, which will likely feature the character of Thanos assembling six Infinity Stones.

In Doctor Strange, the Sorcerer Supreme receives the Eye of Agamotto, an ancient amulet that houses a stone with incredible, unexplainable powers including travelling through dimensions, seeing through time, attacking bad guys and physical protection. While we were on set, we were able to examine the physical Eye, and talk to prop master Barry Gibbs who explained that the amulet does indeed have a stone in the middle, which has a greenish colour. 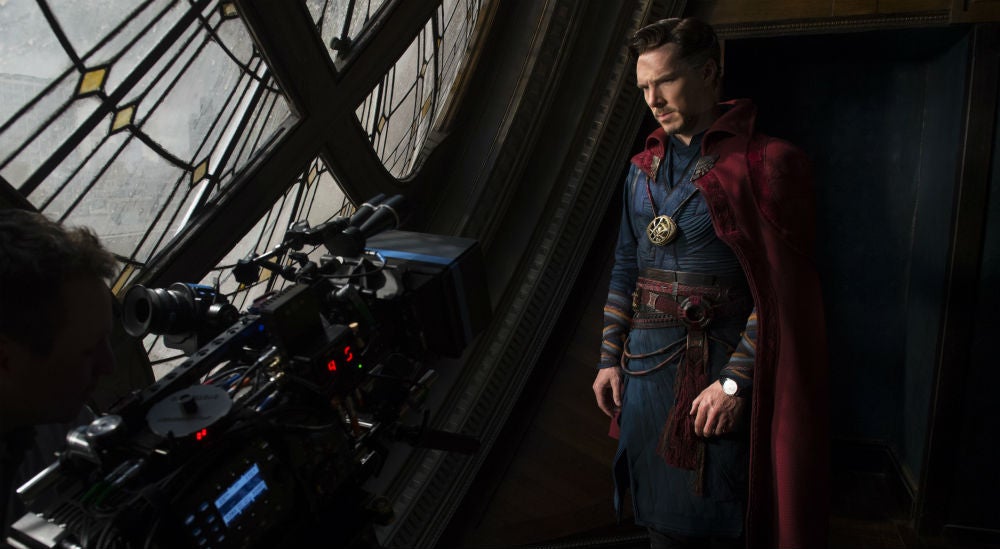 Strange wearing the Eye of Agamotto

Another interesting fact is that the prop was so important that there was already a design for it before Gibbs was hired to for the film. “The Eye went through a transitional state because it went from something quite a simple operation to a design that needed greater thought put into it,” Gibbs said. “The reason being, the film dictates, or as the script developed it dictated that it needed more requirements. So we ended up with a completely redesigned Eye. It looks nothing like the Eye that we had when I first started.” This would make sense if the decision was made to have the Eye also be an Infinity Stone.

And if the Eye really is the Soul Stone, there are some parallels to its powers in the comics. That Soul Stone of the comics similarly allows its holder to travel to an alternate universe. Of course, the comic version also allows someone to steal the souls of others, which doesn’t quite fit with what we know about the Eye so far. However, Marvel has not been precious with keeping the powers or locations of their Infinity Stone beholden to the comics. At the very least is doesn’t rule anything out.

So will the Eye of Agamotto become the next object of Thanos’ affection? We may find out when Doctor Strange opens on October 27. But there’s also the possibility that while the Eye does contain the Infinity Stone, it won’t be confirmed as an Infinity Stone until a bit closer to Avengers: Infinity War. Still, our money’s on yes.