Watch Three Astronauts Land Back On Earth From The Space Station 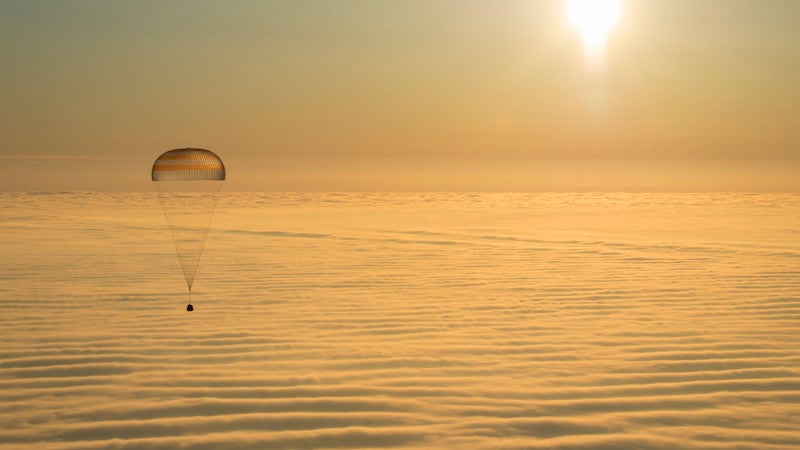 Video: After 172 days in space, three astronauts are heading back to Earth today. For NASA astronaut Jeff Williams, this brings his total days in space to 534 days across his four missions, the most an American astronaut has ever spent in space.

The previous record holder, NASA’s Scott Kelly had spent 522 days in space when he returned to Earth last year. In addition to Williams, Roscomos Alexey Ovchinin and Oleg Skripochka are also on their way back from the ISS today.

The return-bound Soyuz spacecraft will land at 11:14AM AEST today in Kazakhstan. But if you turn in early at 10:21AM, you can also watch the de-orbiting burn of the craft right here.