Vladimir Putin Says Goodbye To Microsoft Outlook, Clippy May Be Next 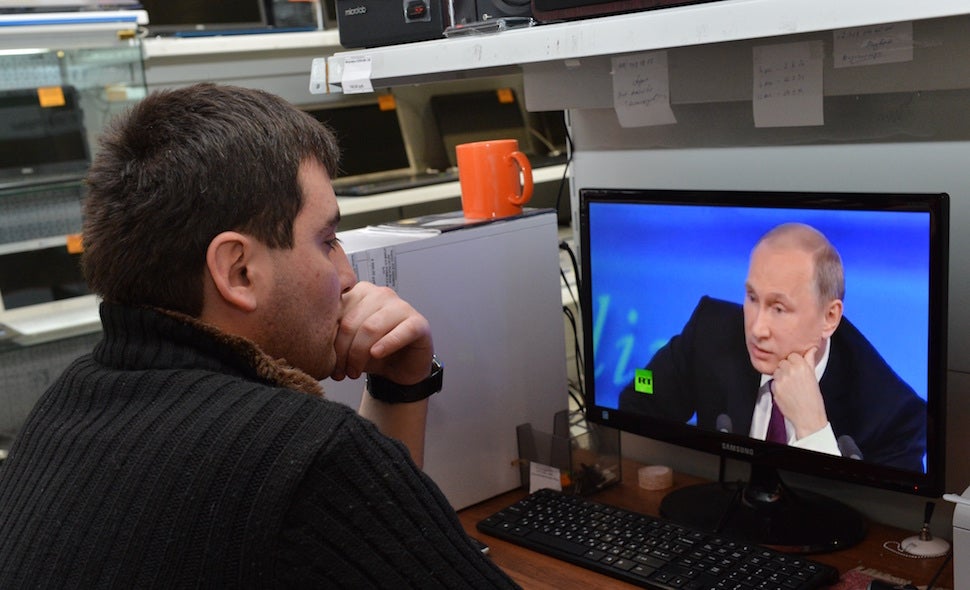 On Tuesday, Moscow announced that it would begin transitioning the email software on 6000 of its government computers away from Microsoft and toward a state-run system.

Bloomberg reports that the pronouncement came from Artem Yermolaev, Moscow’s head of information technology, who added that the new software may soon find its way to 600,000 computers and servers. He also said that the city may get rid of Windows and Office.

According to Bloomberg, the move was a response to Russian President Vladimir Putin’s recent demands that the country shift away from foreign technology — demands prompted in part by “concerns over security and reliability” following the stoppage of foreign-controlled technology services after Russia’s 2014 annexation of Crimea.

“We want the money of taxpayers and state-run firms to be primarily spent on local software,” communications minister Nikolay Nikiforov said. Moscow’s new email system will be put in place by Rostelecom PJSC, a Russian internet provider, and will use software created by Russia’s New Cloud Technologies. (In an email, a Microsoft spokesperson declined to comment on the switch.)

It’s yet another notch in Putin’s ever-constricting internet belt. In July, the koala fan had demanded “encryption keys” that would unlock all of the web’s data; the mandate would somehow give the government to a mysterious power to decode all of the encoded data passing through the Russian ISPs. A few weeks later, the country’s Federal Security Service said it had made them, though it didn’t specify how. The demands were part of a powerful new surveillance bill that advocated for data retention and backdoor access. (Edward Snowden, the most public thorn in the side of internet surveillance fans and likely Russia resident, has come out against the new laws.)

This kind of technology-and-surveillance-related malarky has been going on for a while, of course, and it turns out that Microsoft may have been more heavily involved than you may have suspected. According to a 2010 report from the New York Times, the Russian government was using Microsoft as a surveillance tool — going so far as to raid opposition groups with the excuse that it was looking for pirated Microsoft software:

Across Russia, the security services have carried out dozens of similar raids against outspoken advocacy groups or opposition newspapers in recent years. Security officials say the inquiries reflect their concern about software piracy, which is rampant in Russia. Yet they rarely if ever carry out raids against advocacy groups or news organisations that back the government.

As the ploy grows common, the authorities are receiving key assistance from an unexpected partner: Microsoft itself. In politically tinged inquiries across Russia, lawyers retained by Microsoft have staunchly backed the police.

Boy, Russia and Putin sure do love to play email games, don’t they?