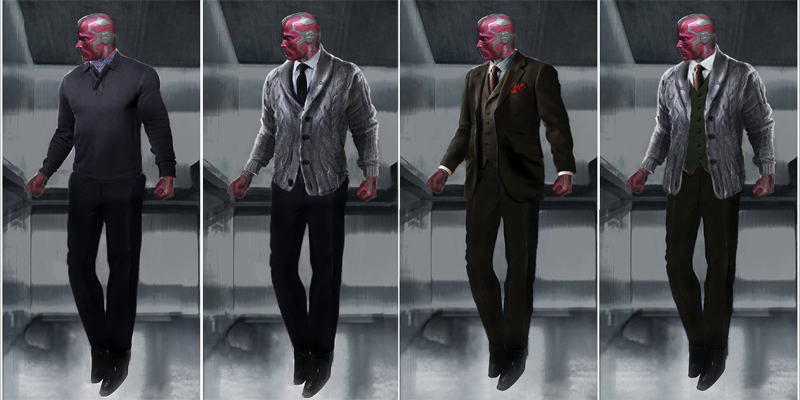 As the leading hype-man of cinematic synthezoids in sweaters, I have to say that Captain America: Civil War has now retroactively become the worst film of 2016, simply for denying us the chance to see Vision to wear a three piece suit or a cardigan on the big screen.

Delightful new Civil War concept art by Judianna Makovsky of some alternate casual attire options for the Vision has made it out onto the internet today, and they are every bit as delightful as the sweater-clad look Paul Bettany’s android avenger eventually had in the movie. I mean, just look at him: 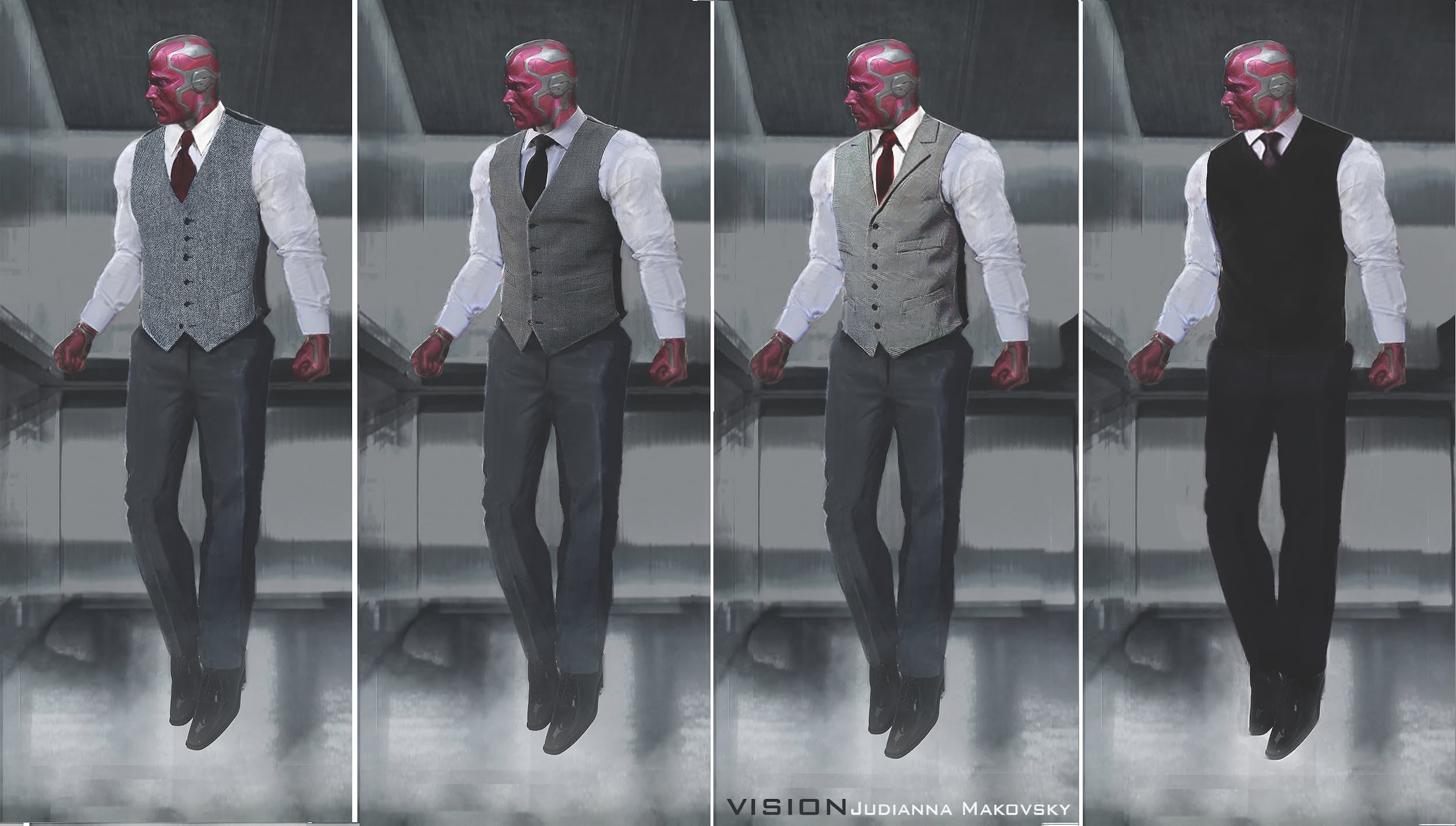 That’s a stylish as hell android. It’s also interesting to see that clearly a few of the looks were inspired by Vision’s “grandfather” of sorts, Edwin Jarvis — you definitely would have seen a few of these looks in Agent Carter‘s wardrobe department. They’re all so good though, it’s such a shame we only got the sweater in the final film.

Maybe Infinity War can give Vizh his own shopping montage? I’d watch the hell out of that.