Time Warner CEO Admits That The DC Movies Could Be Better, But, Hey, They Made Money 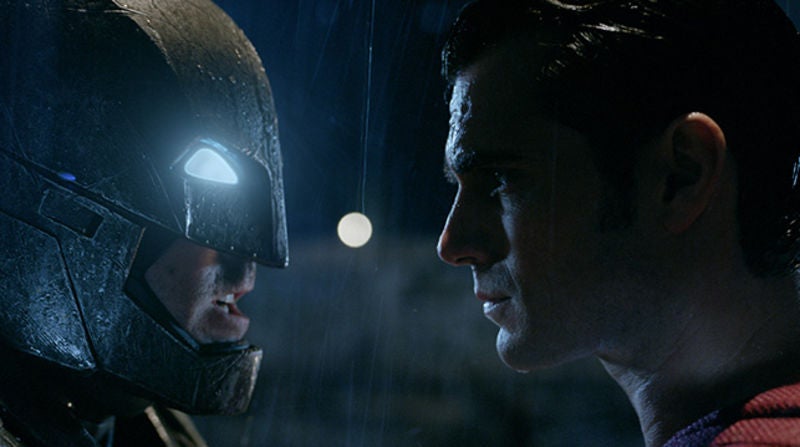 Time Warner CEO Jeff Bewkes spoke to investors today at the Goldman Sachs’ Communacopia — which I maintain may be the circle of hell I end up condemned to — about how well the DCEU has done for them. His conclusion is: We made a few slight errors.

Not errors in how the universe is being introduced — with one solo movie coming before introducing all the other characters in another and doing a movie focusing on a team of villains the wider audience mostly doesn’t know that well. Just some errors on the creative side — i.e., the writing and directing side. Bewkes said, “The strategy worked. The execution did deliver what we wanted to do.” What they wanted, he said, was “to launch DC and reinvigorate it with the fan base.” He is technically correct. The DCEU is in full swing and there’s no stopping it now. And the fanbase, if nothing else, has been extremely vocal about the movies.

What the movies really delivered was money, and while the profit is a good thing, they can’t be happy with the drop-off after their opening weekends or the reviews. Bewkes focused on the latter problem, adding, “We do think there’s a little room for improvement. We can do a little bit better on the creative.”

Just a smidge better. Barely a pinch! Bewkes said the “general heading” of what they can do better on was “that the DC comics characters and their loyal fanbase have a little more lightness in them than maybe what you’ve seen in those movies.” Which is just a tiny problem when the films released so far have been largely devoid of any of those things. Easily fixed!

You can see that the company’s fixated on the “dark and grim” criticism more than any of the others with how the first Justice League footage we got had a lot of jokes in it. To be fair to the executives, that critique is the one that has been vocalized the loudest and most consistently. It’s also the one they can actually fix, since they can’t go back in time and remake the already-released movies.

However, and I get that Bewkes can’t tell investors that they made a big mistake, it’s a little disingenuous to say that they can only do a “little” better. They can do a lot better. The bar’s low enough that it wouldn’t even be that hard.