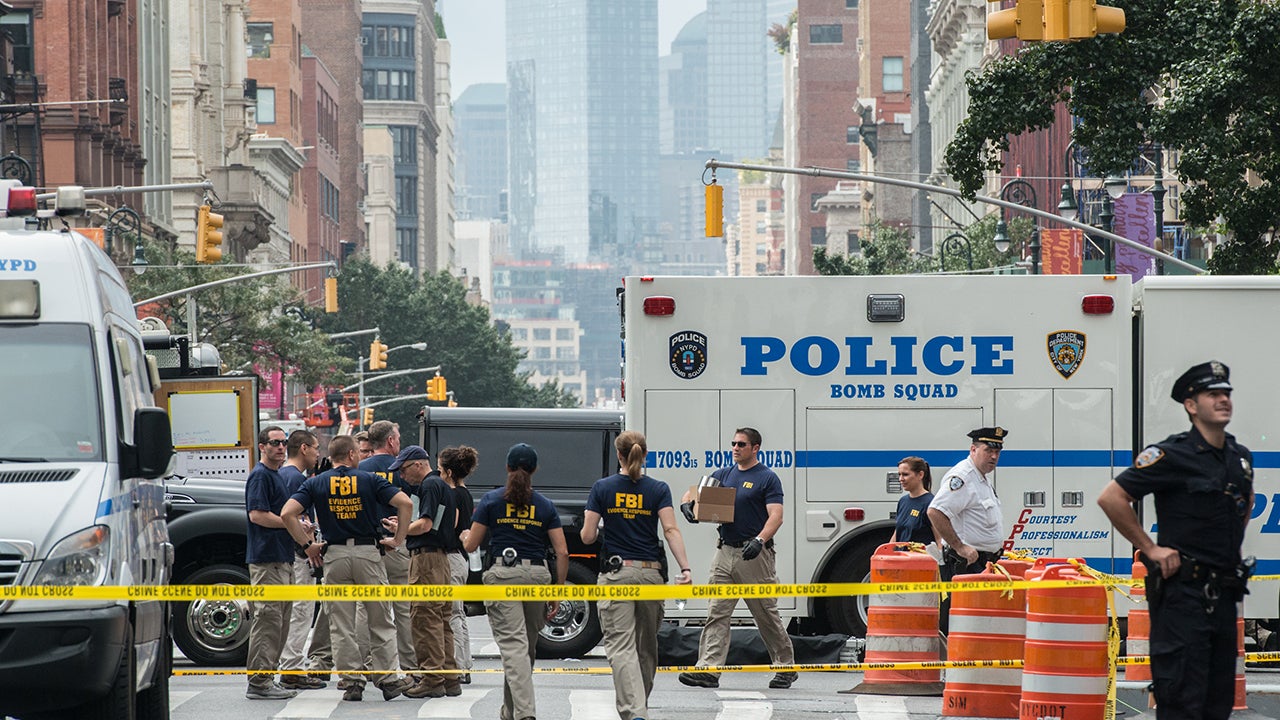 Elizabeth Mayor J. Christian Bollwage told reporters, “They noticed a package in a wastebasket. They took the package out of the wastebasket because they thought it was of some value to them.” They then realised it could be a bomb.

“There is no threat to public safety as the package is being secured and investigated,” Bollwage tweeted early Monday morning.

FBI Bomb Squad is on scene and continuing the investigation at the train station in Midtown Elizabeth. pic.twitter.com/qvmzsgisjC

After detonation in Elizabeth, NJ …smell of gun powder in air. Police have not confirmed if this was controlled explosion. Bomb squad here

Meanwhile, a New York state senator also announced on Instagram late Sunday night that the FBI has taken “several individuals into custody with a possible connection to the bombing last night in Chelsea.”

Update from the NYPD: About an hour ago, the FBI took several individuals into custody on the Belt Parkway in the area underneath the Verrazano Bridge, with a possible connection to the bombing last night in Chelsea

The five taken into custody had come over the Verrazano Bridge from Staten Island. Investigators were trying to determine if the occupants of the SUV were about to drive out of town or take a plane, sources said.

Investigators identified a person of interest in the Manhattan attack through surveillance footage, but it’s unclear if he was among the five arrested.