This Proposal To Torch Dead Forests For Fuel Is Nuts 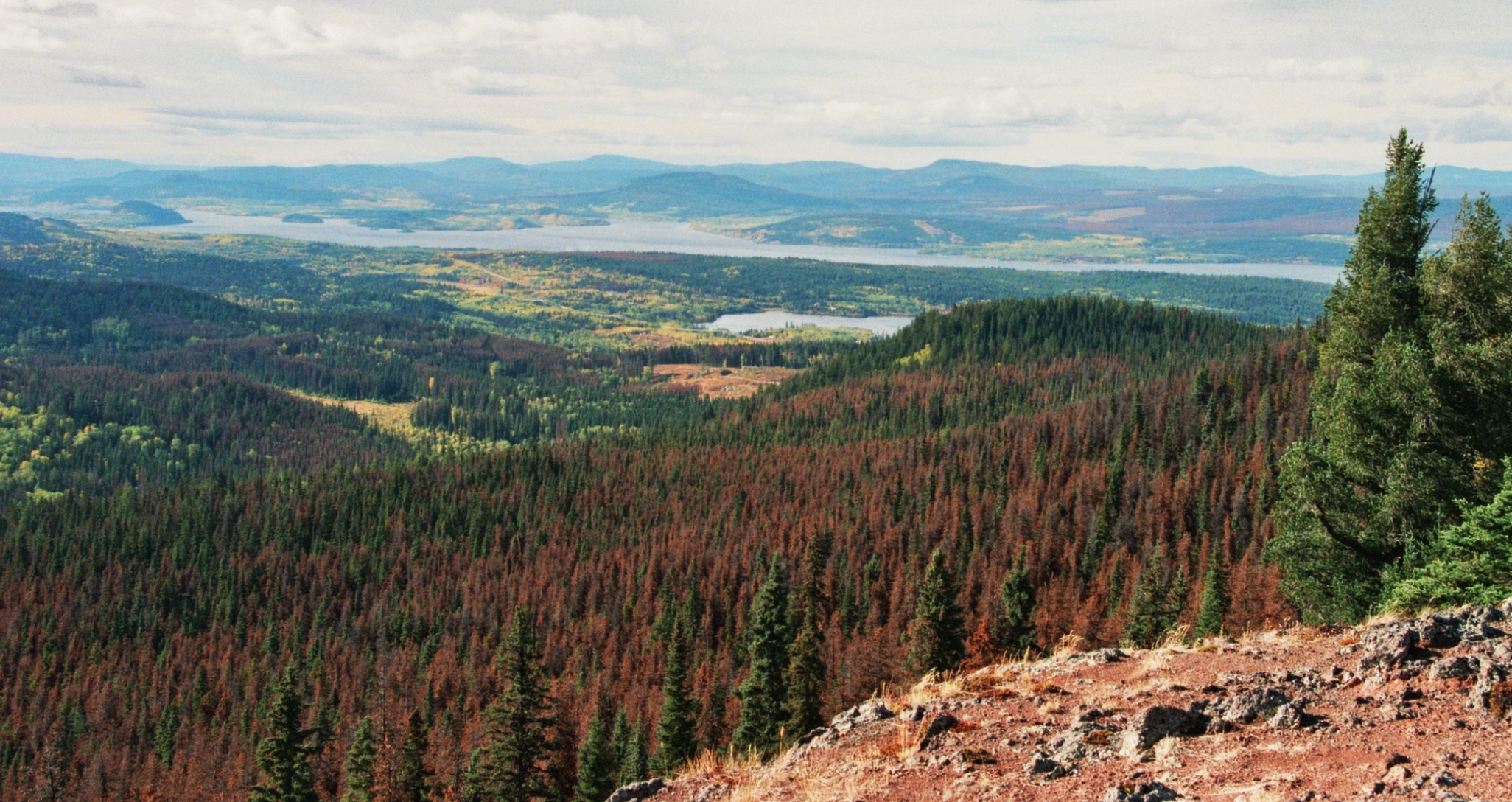 Drought and bark beetle infestations have not been kind to US forests in recent years. California alone has an estimated 66 million dead trees speckling its landscapes and waiting to become wildfire fuel. To prevent that from happening, a pair of scientists has put forth an intriguing, potentially disastrous proposal: burning those trees for energy.

A view from Mt. Fraser, Wyoming, shows thousands of dead and dying trees that have succumbed to bark beetle infestations. Image: Wikimedia

Yes, it sounds more than a little dystopian to wean ourselves off fossil fuels by torching our nation’s dying forests, whose plight is due, at least in part, to climate change. But according to a new University of Wyoming-led study published in Energy Policy, this might make economic and environmental sense, because it would give the Forest Service a leg up on the task of clearing out dead fuel to prevent catastrophic wildfires.

Other experts, however, think the idea is ludicrous and I’m inclined to agree.

Over the years, people have tried to argue that biomass burning is a cleaner alternative to fossil fuels, because the fuel source itself (typically, wood) pulls carbon out of the atmosphere as it regenerates. Numerous scientists, however, have spoken out loudly and vehemently against this idea. “Wood does not burn clean”, Scott Goetz, deputy director of the the Woods Hole Research Center told Gizmodo. “In some cases, it’s dirtier than coal. And it takes a long time to grow back the carbon that’s being combusted and emitted.”

In other words, biomass fuels are still adding greenhouse gases to the atmosphere on a timescale relevant to hitting emissions reduction targets and tackling climate change. And of course, the long-term offset of torching wood for power depends on that wood actually being regrown. If developers put a strip mall where that patch of forest used to be, no dice.

Biomass fuels are not going to deliver us a carbon-free future. But in the case of turning the west’s already-dead forest stands into energy, there are a few other factors to consider. For one, this is wood that’s already destined to decompose and release its carbon into the air. And probably rather quickly, either through digestion by voracious bark beetles, or during a wildfire.

Which brings us to a second important point: Dead forest stands fuel large, catastrophic fires. By letting thousands of acres of desiccated wood sit on the landscape, we’re opening ourselves up to a much bigger carbon problem, not to mention an enormous risk to humans and property. That’s why the US Forest Service devotes several hundred million dollars a year to prescribed burning, thinning, and other hazardous fuel reduction activities. In other words, we’re already paying money to torch these trees — we just aren’t reaping any energy benefits.

That’s the crux of the argument Erica Belmont and Emily Beagle of the University of Wyoming make in their new paper. Essentially, their analysis shows that while it wouldn’t make financial sense for power companies to go around looting the forest for dead trees just to do it, the economics start to become favourable when you consider the fact that removing dead wood could effectively subsidise wildfire prevention.

What’s more, the researchers say, existing power plants could co-fire woody biomass with coal. Doing so might help them meet new energy targets stipulated by Obama’s Clean Power Plan, which if enacted, will require states to reduce power plant carbon emissions by 30 per cent by 2030.

This is where the authors start to lose me. Their argument assumes the regulatory framework of the Clean Power Plan would allow power companies to substitute one dirty energy source for another dirty energy source … with the potential for a long-term carbon offset. It’s basically assuming the atmosphere will right itself the future, which is already our MO when it comes to climate change, and it hasn’t been working out so well.

Goetz brought up one other pretty serious problem with this idea: removing dead trees is disruptive. If requires lots of heavy machinery and service roads. It compacts soil, raises a hell of a racket, and removes nutrients that would otherwise be recycled into the Earth. Doing so might actually make it harder for dead forest stands to regenerate in the future.

So, at the end of the day, while the potential to reduce hazardous fuels is certainly food for thought, I’m going to say the ecological rewards of hauling millions of trees out of the woods probably don’t outweigh the risks. We’ve reached out to the study authors for comment and will update if we hear back.

Finally, it’s important to bear in mind that from an energy perspective, this is at best a stop-gap solution that doesn’t address the underlying problem: we need to get off carbon-based fuels if we’re to prevent catastrophic climate change.