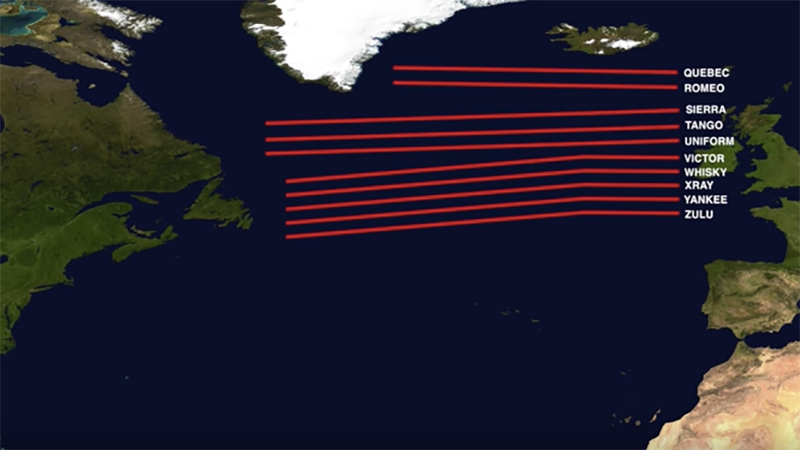 Video: If you’ve ever taken a transatlantic flight, here’s a terrifying thought — for a huge portion of that trip, your plane had no RADAR. The good news is there’s essentially a 10-lane highway over the north Atlantic Ocean that keeps flights between, say, New York and London, from getting too close to each other.

As Wendover Productions explains, RADAR only extends about 400km from land, so all flights taking the shortest route over the Atlantic rely on an air traffic control centre in Gander, Newfoundland. The night before, airlines send Gander a list of which flights will take the sky highway, which is actually called the North Atlantic Tracks. Once nearby, pilots request a flight path from one of 10 lanes.

Each lane begins and ends at named waypoints. The pilot is told by Gander which point to head towards, programs the ending waypoint into autopilot, and the rest is smooth sailing — all because Gander does the difficult organisational work of keeping the hundreds of planes making the crossing on non-intersecting tracks with at least 225km separating each plane.

Air travel might be a dull, cramped pain in the arse, but next time you land on the other side of the ocean, remember to thank Newfoundland.