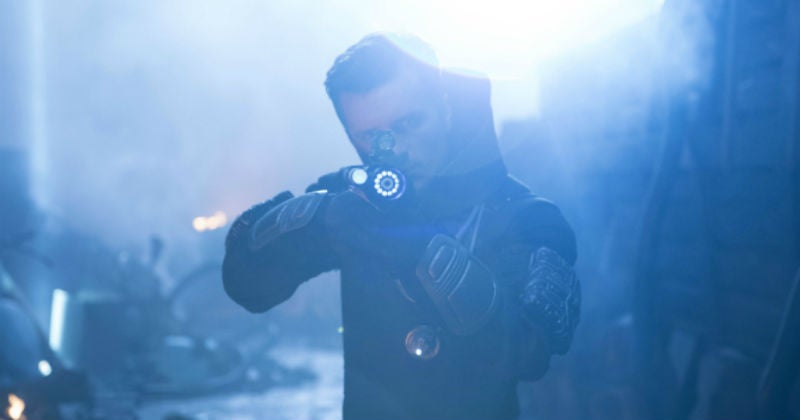 He’s a janitor by day, gamer by night, and he’s just been recruited to travel through time and save humanity. That’s the pitch for Future Man, a brand new show coming to Hulu, produced by Seth Rogen and Evan Goldberg, and starring The Hunger Games‘ Josh Hutcherson.

Hulu secured the rights to the show earlier this year but they just gave it the official 13-episode series order. It will arrive on the service in 2017. The pilot was directed by Rogen and Goldberg from a script by Ariel Shaffir and Kyle Hunter. Future Man marks the first 30-minute comedy series from Rogen and Goldberg, who are working on The Boys and have Preacher already on the air. Eliza Coupe, Derek Wilson, Ed Begley Jr,. and Glenne Headly co-star.

I love the idea for this show (mostly because I’m obsessed with The Last Starfighter) and am very excited that we’ll get a full season. Still, I’m slightly disappointed that it’s only 30 minutes an episode. Obviously, that suggests it’s going to be more comedy-based than mythology-based, which is fine. I just so happen to be more interested in the latter. Maybe Future Man will find a nice balance of science fiction mythology and humour, though. We’ll find out on Hulu next year.