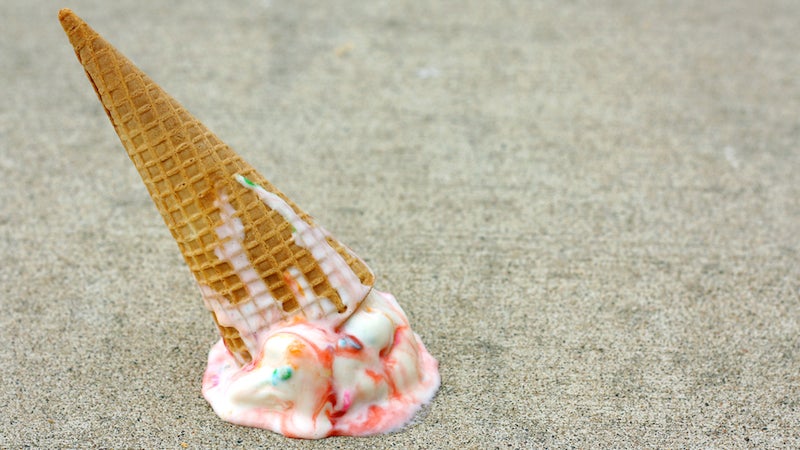 Actual lab tests have revealed that the commonly-cited five-second rule doesn’t hold up. And yet, they still can’t stop me from eating this piece of floor candy! Who’s in charge now, Science?

The five-second rule — which says that you can still happily snack on fallen food as long as you scoop it back up within five seconds — has been the subject of some disagreement among scientists. Previous lab tests have suggested that there might actually have some backing behind it, but although the tests took place in a lab, they didn’t come with an accompanying published study. The only published study on the subject had found that bacteria transfer did indeed start happening from the first moment your food hits the floor.

Now, a new study published in Applied and Environmental Microbiology by researchers at the University of Rutgers confirms there is no grace period of five seconds for your food to spend on the floor. More bacteria can get on your food the longer it’s on the floor, but, just like in the previously published study, they found that contamination had already started at initial food-to-floor contact.

Researches also found that the type of food that’s fallen down and the type of surface it fell onto matters. Falling on stainless steel may sound like the cleanest option, but carpet was actually the best floor surface to eat off of — beating steel, ceramic, and wood — probably because its rough texture minimizes contact with the floor. Additionally, the higher the moisture content of the food, the more quickly it picked up bacteria. Of the foods tested, a watermelon sample picked up the most bacteria, while a gummy candy picked up the least. So, perhaps that floor candy is, if not good-to-eat, better than the other options.