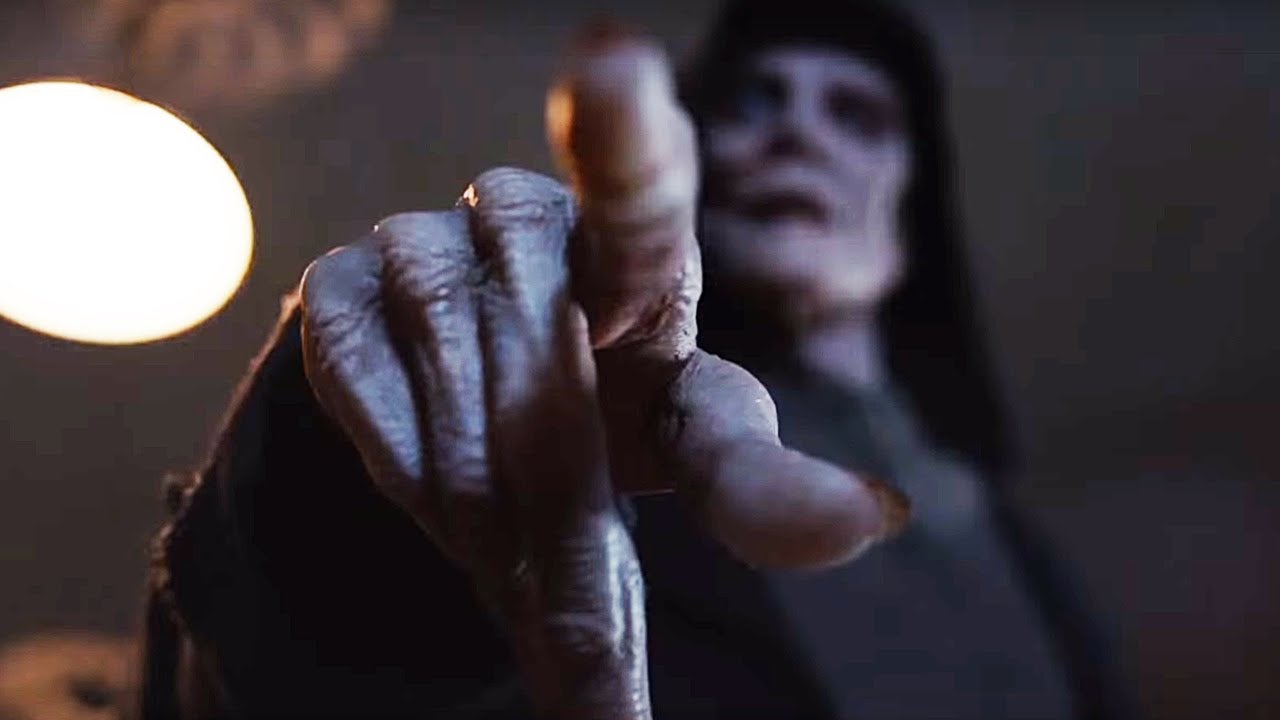 Video: “Don’t say it, don’t think it.” Get ready to repeat that for the rest of the day. In The Bye Bye Man, a new horror film coming out in January, the villain gains strength not just when you say his name, but when you think about him, and the new trailer won’t let you forget it.

Directed by Stacy Title, The Bye Bye Man is the latest Hollywood attempt to introduce an iconic new horror bad guy. This time, they’re doing it by blending the principals of Candyman, A Nightmare on Elm Street and a few others into a character that feels pretty unstoppable and terrifying. Check out the new trailer.

So if you literally can’t think about him, how can you get away from him? I guess you can’t, right? Like in the scene with Carrie-Anne Moss, the character isn’t saying his name, but he’s obviously thinking it … so isn’t that just as bad? “Don’t say it, don’t think it,” right?

Obviously, this isn’t a film that worries too much about logic, so there doesn’t really have to be an answer. We can only hope the film delivers a complete, satisfying take on this amalgamation of ideas. If the third release date for the film actually sticks, it will be out in the US on January 13. An Australian release has not yet been confirmed.