Supergirl Has A Superman Hype Problem 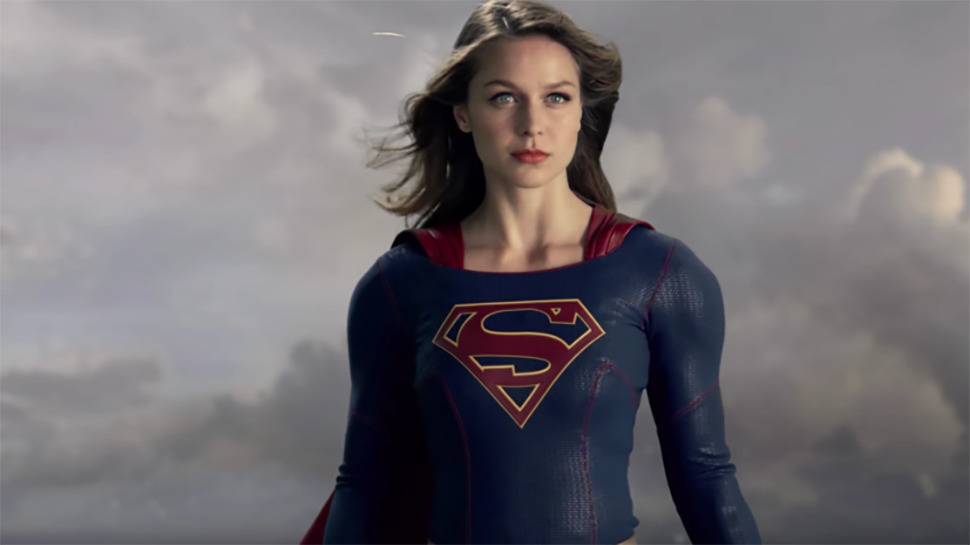 Did you hear? Superman joined Supergirl! But did you know that Superman wasn’t the only character cast for the new season of the hit new-to-CW show? It’s true — but you probably didn’t know that, because 90 per cent of what we’ve seen about the new season so far is related solely to the big guy in blue spandex.

Seriously. Here’s a list of who’s joining the show this season, and they have all been ignored almost completely for the Man of Steel: Floriana Lima joined the cast as Maggie Sawyer, a cop who’ll be part of a big storyline for Kara’s sister Alex. Lena Luthor, played by Merlin‘s Katie McGrath, is going to be around this year too, entering into a friendship with Kara and a rivalry with Supergirl. And both Ms Martian and Mon-El have been cast — major alien characters that are going to have Supergirl and Martian Manhunter exploring their own relationships with their human and alien cultures.

To be fair, the CW seems to be going out of its way to focus solely on Superman as well. Earlier this week the CW dropped a whole slew of photos from the first two episodes of the premiere, and Clark Kent or Superman was featured in nearly every single one. As they made their way across the internet, they were usually accompanied by breathless Superman-centric headlines.

As a woman who currently has six separate pieces of Superman artwork up in her home I totally understand some Superman hype, but the show is not about Superman and it never will be. Focusing so much on the big guy in tights does a disservice to the show… which is definitively not about the big man in tights.

It even feels a little sexist putting all the attention on the new dude despite Supergirl being a show dominated by women (although admittedly last year’s The Flash crossover was also one of the most-watched episodes of the season). But crucially, the show doesn’t have to be about Superman! He’s not a hail Mary pass for viewers, but a natural part of the show trying to capitalise on the narrative momentum of season one.

A first season which, by the way, was great. Dare I say, fantastic. It was Berlanti and company’s most assured superhero show yet. All of The Flash‘s whimsy was paired with a small measure of Arrow’s pathos and rooted by one of the sharpest casts thrown together in a while. Callista Flockhart was having a ball, Chyler Leigh wasn’t being forced to sing mid-’00s tunes, David Harewood was doing a damn fine American accent and Melissa Benoist was terrifically assured as the titular character. What’s more, she improved with every episode, a reality of acting that worked tremendously with the show’s theme of personal growth.

And the show grew too. Little moments from the pilot, like Alex and Kara’s low key jealousy and Kara’s pathos over being sent away from her family would explode in later episodes. While the first season never got over its penchant for goofy costumed villains and overly earnest love declarations, it gained sharp focus and the last half of the season was handily the most entertaining and satisfying superhero narrative of the season.

The addition of Superman to the cast is a natural next step for a show rapidly gaining creative steam. Kara’s existence in Superman’s shadow is a major part of her character makeup and her feelings over the loss of Krypton need the kind of exploration that only having another Kryptonian on hand makes possible. Also, it was downright goofy how often he was referenced and how badly he was written out of scenes. (The finale even had a laugh-out loud silly cameo from Superman’s boots.)

Allowing Superman to be an actual character on the show is a great move for a lot of reasons, especially in how important he is to Kara. It’s also great that it seems he’s only guest-starring in the season’s first two episodes, meaning there’s little chance the show will give too much focus to Kara’s cousin over Kara herself.

It’s called Supergirl, after all — and the new season is primed to be even better than the first. So let’s stop with all the Superman hype, and start getting hyped about the show itself. (This first teaser was a nice start.)