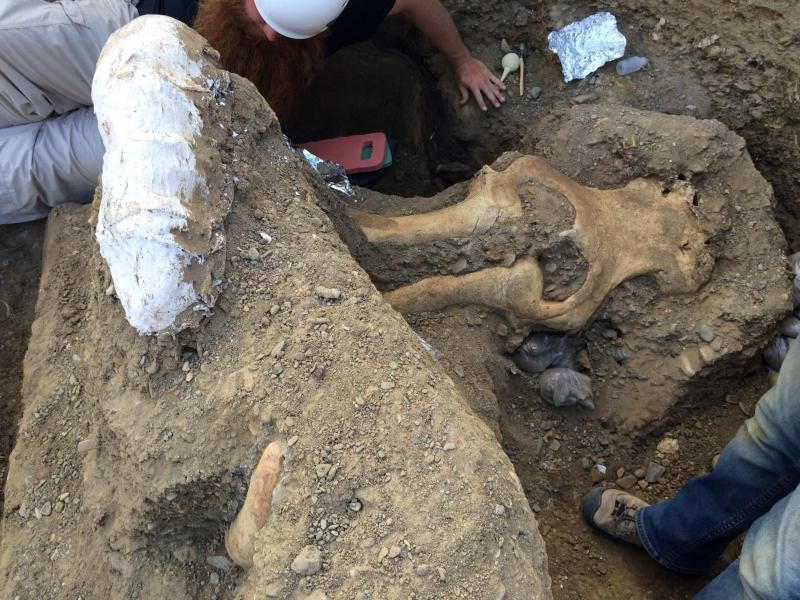 Palaeontologists working on an island off the coast of California’s Ventura County have discovered a strange mammoth skull that exhibits features never seen before in the extinct elephantine creatures. Not too big and not too small, this skull could represent a transitional species.

The skull was found in an eroding stream bank on Santa Rosa Island within Channel Islands National Park by a team of National Park Service archaeologists. It’s 13,000 years old and in unusually good shape.

“This mammoth find is extremely rare and of high scientific importance,” noted Mammoth Site palaeontologist Justin Wilkins in a statement. “It appears to have been on the Channel Islands at the nearly same time as humans. I have seen a lot of mammoth skulls, and this is one of the best preserved I have ever seen.”

But the researchers say it’s the “unusual” size of the skull that’s attracting their attention. It’s not large enough to be a Columbian mammoth, a 4m-tall species of mammoth that made it’s way to North America about one million years ago, nor is it small enough to be a pygmy mammoth — an evolutionary offshoot of the Columbian Mammoth — which stood no taller than 1.8m. This creature may represent a transitional species caught somewhere between the two. 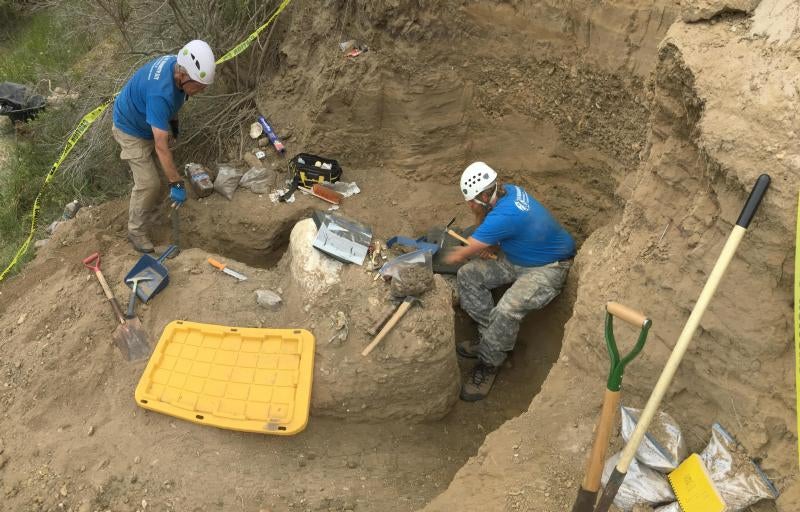 Animals who have become isolated on small islands with limited access to food are subject to an evolutionary process known as insular dwarfism (humans are no exception). The downsizing of the Columbian mammoth to the smaller pygmy could have occurred over just several thousand years, and that has the palaeontologists thinking of another possibility.

“The discovery of this mammoth skull increases the probability that there were at least two migrations of Columbian mammoths to the island,” explained USGS Geologist Dan Muhs.

He says this likely happened during the most recent ice age some 10,000 to 30,000 years ago, and also during previous glacial period that occurred about 150,000 years ago when sea levels were substantially lower and the islands were a single land mass with shores near the mainland. The newly discovered mammoth may have been a member of that second wave. This could explain why it wasn’t a pygmy at this late stage, and why it’s not quite a full-blown Columbian.

The team is also intrigued by the creature’s tusks. The right one protrudes 1.4m, coiling in a way that’s representative of an older animal. But the tusk on the left is a bit shorter and sloped, suggestive of a juvenile. Upcoming measurements will determine the age of the mammoth when it died, which could clarify whether it’s a Columbian, a pygmy or some kind of transitional or intermediary species.

The researchers are still excavating the skull, but once complete, a full investigation will be performed at the Santa Barbara Museum of Natural History.