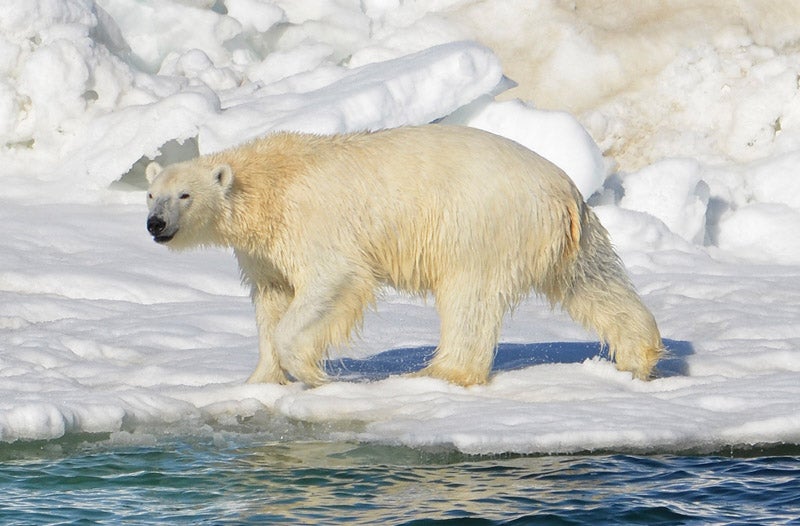 While working at a remote weather station in the Russian Arctic might sound like a lot of fun, the reality is apparently far grimmer. In addition to the cold, the isolation and the possibility of literally falling off a cliff thanks to climate change, researchers have to deal with unruly locals, like the dozen or so polar bears currently “besieging” scientists on Troynoy Island in Russia’s Great Arctic State Nature Reserve.

According to Russian news agency TASS, the weather station’s five workers have been stuck inside since running out of flares to frighten the bears that arrived late last month, including one that has begun sleeping under their windows.

“We have issued a recommendation for the station’s personnel to use extreme caution, not to leave the station without a serious need and continue only with possible meteorological observations,” Vassiliy Shevchenko, head of the agency that runs the station, told TASS.

To address the crisis, Shevchenko says a research vessel has been instructed to bring the scientists additional flares and some dogs “as one of the station’s canines was killed by a bear.” Fortunately, the ship is only a month away. Shevchenko, however, remains optimistic about the situation.

“At the end of October, or in the beginning of November the near-shore waters will freeze and the bears will leave the island in search for food,” said Shevchenko. “Things like this have happened before.”