Report: Vegan Mayo Startup Is Actually Totally Full Of It 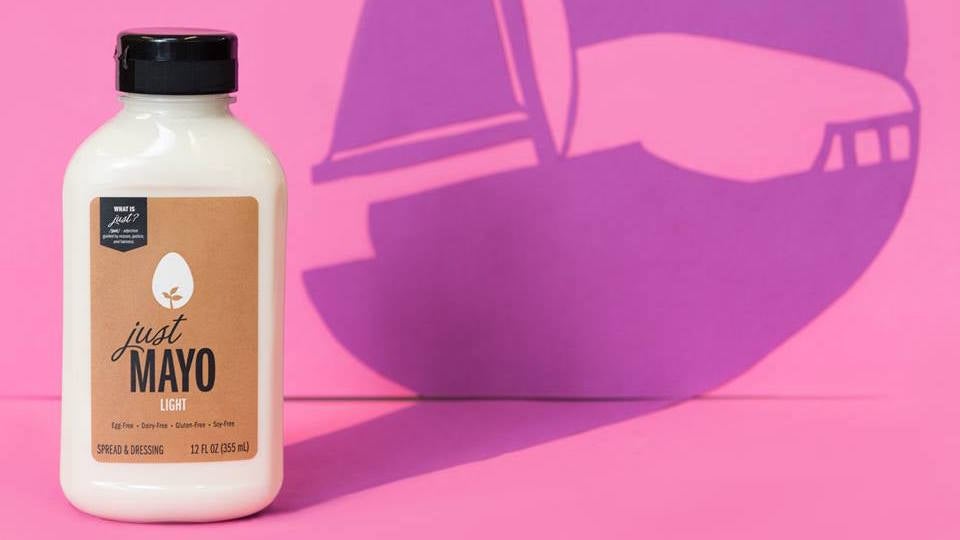 A familiar tale has emerged from the bowels of Silicon Valley of late. A startup — usually based on some fancy, technology-heavy concept — woos investors and customers, raises a ton of money and seems poised to take over the world. But then someone does some digging and uncovers a bunch of crooked numbers and shoddy business practices, and it all comes crashing down.

Such is the case, it appears, with Hampton Creek, the buzzy vegan food startup founded by Josh Tetrick. Bloomberg Businessweek has a lengthy piece out this morning that delves into Hampton Creek’s “pattern of mistaken or exaggerated claims that may prove to be deliberately deceptive”.

Many of the company’s worst offences, according to Businessweek, continue the habits initially detailed in August when a report from Bloomberg News revealed that the company had engaged in a sketchy buy-back program of its mayo. The company claimed that it was done for quality control purposes; some of the contractors who actually did the buy-backs, however, claimed it was done to artificially drum up demand.

At the time, Hampton Creek said it had spent just $US77,000 ($101,379), or “less than 0.12 per cent of the company’s sales”, on the program. But Businessweek now says the actual number may be much higher, as hundreds of purchases weren’t included in that $US77,000 ($101,379) sum. Suspiciously, in the company’s 2014 profit and loss statement encompassing the period from March to July, spending for a category called “Inventory Consumed for Samples and Internal Testing” totalled $US1.4 million ($1.8 million); between 2011 and February 2014, that category was blank. Businessweek reports that the buyback program “surged” in 2014, suggesting that it overlapped with the mysterious $US1.4 million expenditures. (A spokesman told Businessweek that buybacks weren’t included in the category, and that “it covered samples sent to customers and potential customers and tested in-house”, but then “declined to elaborate”.)

Businessweek also reports that the company was overzealous in the sales projections it presented to investors and board members. One high-profile investor, Ali Partovi, became uncomfortable enough that he started voicing concerns just nine days after coming aboard as a “liaison to potential investors”.

Partovi dug in to the company’s financials. A week later, he sent Tetrick an email documenting his belief that Hampton Creek was misleading investors and board members and risking potential fraud lawsuits. As of that August, the company was on pace to have less than $4 million [$AU5.3 million] in sales in 2014, not the $28 million [$AU37.1 million] projected in the pitch deck, and it was losing more than $2 million [$AU2.6 million] a month, according to an internal P&L statement. Partovi recommended revising the 2014 sales forecast for investors to $7 million [$AU9.2 million] to $9 million [$11.9 million]. Deceiving investors is a big mistake, he warned Tetrick. “This path is especially dangerous because the farther one goes down it, the harder it is to pull back,” he wrote. “Hadi [Ali’s brother] and I personally feel duped.”

Partovi told Tetrick of the inflated projections, “It’s only a question of time before the consequences catch up with us … If an investor discovers it during due diligence, we could lose financing and run out of cash. If they don’t, they will realise they were duped within months, and they might have a case for fraud.”

It appears that prediction, made in 2014, may have had some legs: This August, the SEC and Justice Department opened an investigation into Hampton Creek “for possible securities violations and criminal fraud”.

Then there are the juicier bits: A former employee claims Tetrick’s ex-girlfriend broke up with him after she discovered he was having an affair with another Hampton Creek employee; another ex-contractor said of the buy-back program, “I felt ridiculous, but it was so culty I couldn’t push back”; Tetrick apparently “embellished” a fair bit of his background as a university football player. It goes on and on.

In other words, it sounds like Hampton Creek, much like Elizabeth Holmes’ beleaguered Theranos, has all the makings for a good ol’ fashioned Silicon Valley implosion. Of course, Hampton Creek is just shilling vegan mayo, not handling human bodies, but their story arcs are remarkably similar: Charismatic founders, big promises, lots of money.

It’s worth reading the whole bananas tale. But the biggest surprise may be this: