Remember Virtual Reality? We Were Such Dorks Back Then 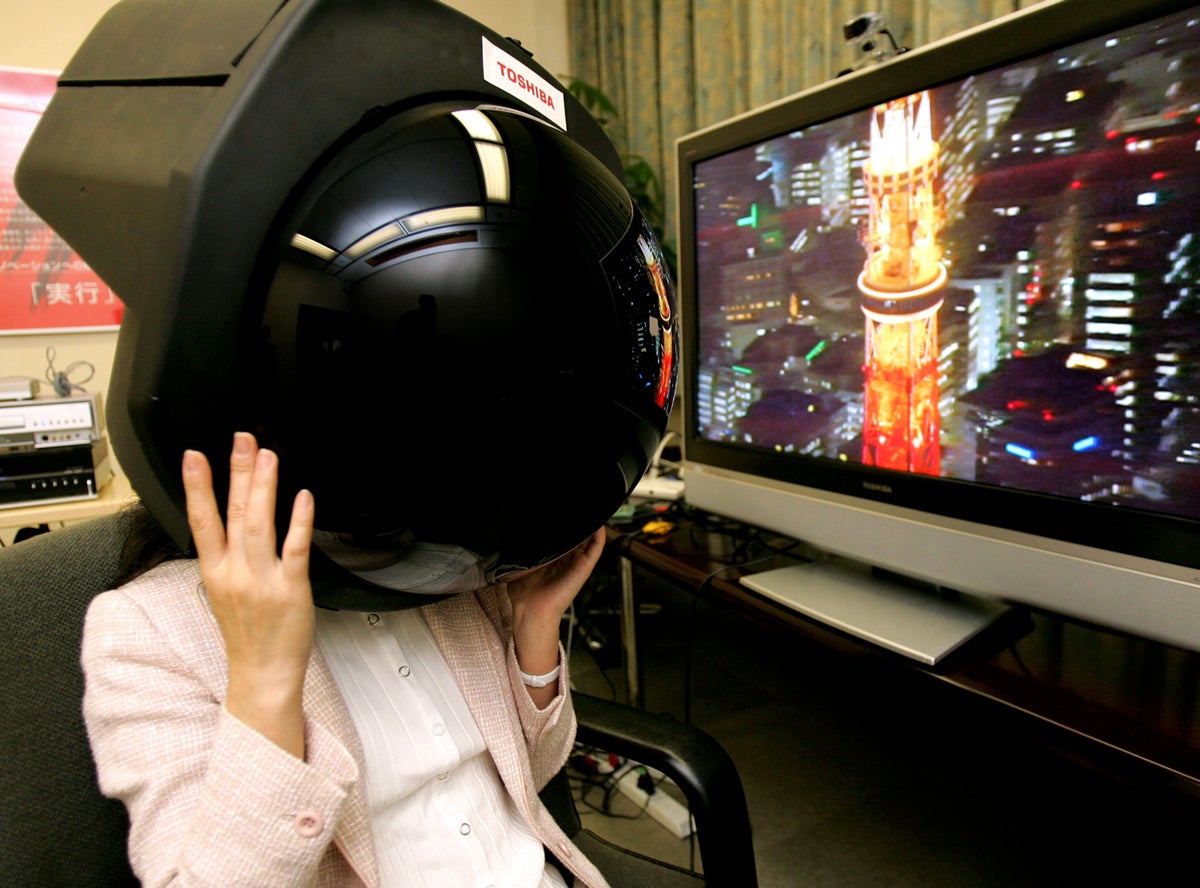 Virtual reality has been the promise of the future for generations. And it keeps getting better with each passing year. But I remain sceptical that it’s going to become mainstream any time soon. And it seems like I’m not alone. Apple CEO Tim Cook did an interview this morning on Good Morning America where he said that he’s much more optimistic about augmented reality than VR.

“There’s virtual reality and there’s augmented reality — both of these are incredibly interesting,” Cook told Good Morning America. “But my own view is that augmented reality is the larger of the two, probably by far.”

Augmented reality, of course, is vital to games like Pokemon GO, where elements of a virtual world are overlaid on the real world. Virtual reality places more emphasis on the virtual world and immersing the player in a simulation through the use of screens and headsets.

The big problem with virtual reality? It’s always been a very closed off experience. That’s great for gaming, which is obviously where early adopters have made valuable use of virtual reality technology already. But how can you take a product like the Oculus Rift and make it mainstream? That’s difficult when you have to strap on a headset.

“Virtual reality sort of encloses and immerses the person into an experience that can be really cool, but probably has a lower commercial interest over time,” Cook told Good Morning America today. “Less people will be interested in that.”

It seems like Cook is getting at the fact that part of this lack of interest has to do with the user’s experience with the hardware. This is precisely the kind of problem that sunk the hopes of 3D-TV makers in the early 2010s. Nobody wanted to sit around their living room wearing 3D glasses to just watch TV. And even though gamers get really defensive about virtual reality headsets and wear the lines they get from the Oculus Rift like a badge of honour, it’s just one of many hurdles for VR to become mainstream in the average home.

Back in 2013 and 2014 we heard a lot about how virtual reality was just around the corner and would soon be in everyone’s home. But here we are with 2017 sneaking up on us and the VR shouts have become a murmur. Is the virtual reality dream dead? Probably not. After almost a decade of writing about past visions of the future I’ve learned not to make predictions — especially about the death of anything. But VR definitely has a long way to go before it becomes mainstream.