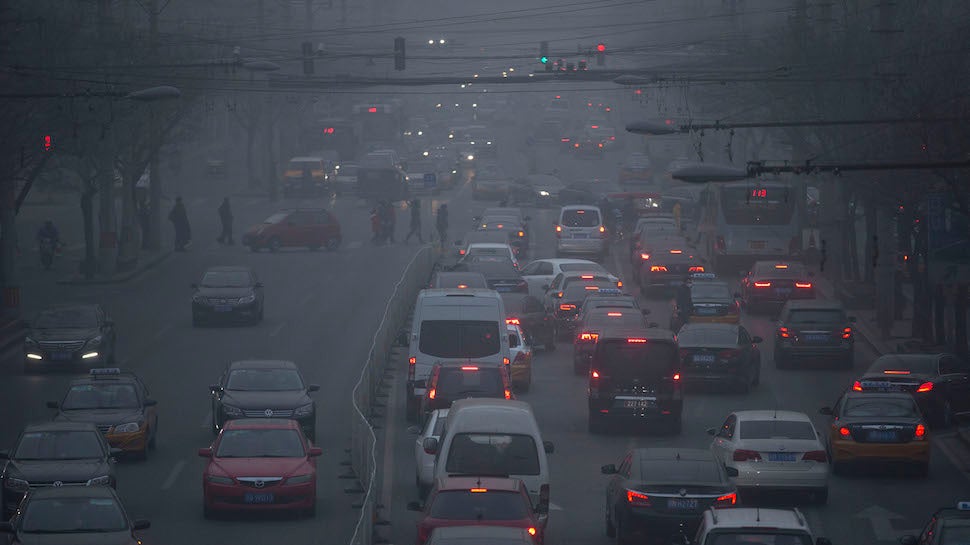 If you live on this planet, chances are the air you’re breathing is not great.

According to a new report from the World Health Organisation, a full 92 per cent of the population lives in areas that don’t meet the organisation’s air quality standards. And while air pollution affects every region, some are worse off than others — people who live in Africa, Asia or the Middle East are exposed to dirtier air than those in other areas. 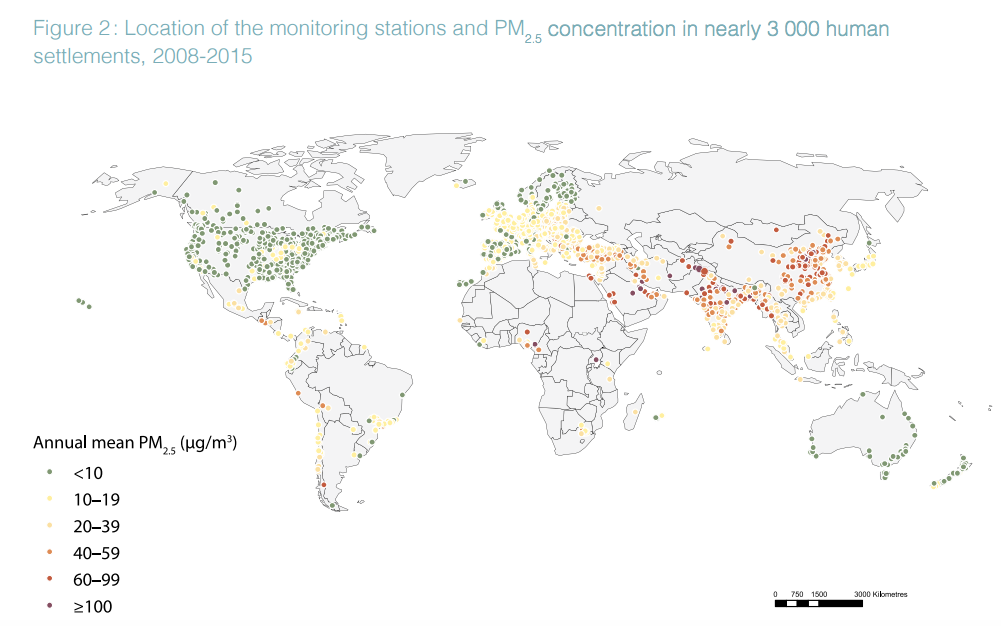 The WHO’s guidelines are based on the “annual mean of particulate matter with a diameter of less than 2.5 micrometres (PM2.5).” The upper limit for air pollution is 10 μg/m3; anything above that, represented as anything other than a green dot in the map above, doesn’t meet the WHO’s standards. (Image: WHO)

The report notes that most of the Earth’s air pollution comes from the usual suspects: “inefficient modes of transport, household fuel and waste burning, coal-fired power plants, and industrial activities.” (Though other sources, like dust storms, also contribute.)

But far from being an abstract, slow-moving danger, air pollution has immediate and harsh consequences on human health, and the WHO warns that it’s our biggest environmental risk. In 2012, for example, almost 10 per cent of deaths were due to dirty air; of those, three million were the direct result of outdoor air pollution. Together, indoor and outdoor pollution accounted for about 6.5 million deaths in 2012.

“Air pollution continues take a toll on the health of the most vulnerable populations — women, children and the older adults,” Flavia Bustreo, the WHO’s assistant director general, said in a statement. “For people to be healthy, they must breathe clean air from their first breath to their last.”

The primary killers are cardiovascular diseases, stroke and lung cancer, among other things. Most air pollution-related deaths occur in less wealthy countries, and almost two-thirds happen in Southeast Asia and the Western Pacific. The findings fall in line with previous data, which have consistently shown that Asia, the Middle East and parts of Africa experience higher levels of air pollution.