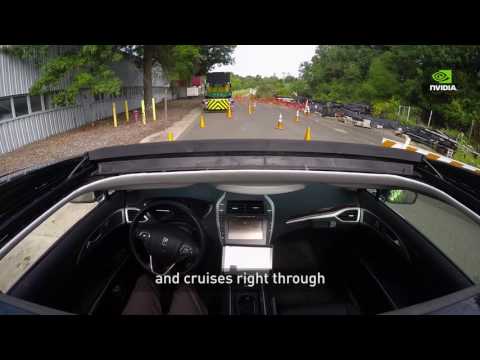 Video: I don’t think anyone would argue that artificial intelligence in any of its current forms is past infancy, meaning that humans are still smarter. For now. But this car, with no driver inside, pays attention to every other meatbag-filled car on the road — and learns from them.

Nvidia says “we did not program any explicit object detection, mapping, path planning or control components into this car. Instead, the car learns on its own to create all necessary internal representations necessary to steer, simply by observing human drivers.”

You can see Nvidia’s ‘BB8’ learning in the video, too — it mows down an innocent traffic cone, but quickly learns to follow other cars and avoid obstacles. All of this is done internally with no pre-programmed software routines, just deep learning. This is how artificial intelligence gets started, guys.