Nazi Time Capsule Opened In Poland, But It’s Missing A Movie From 1934 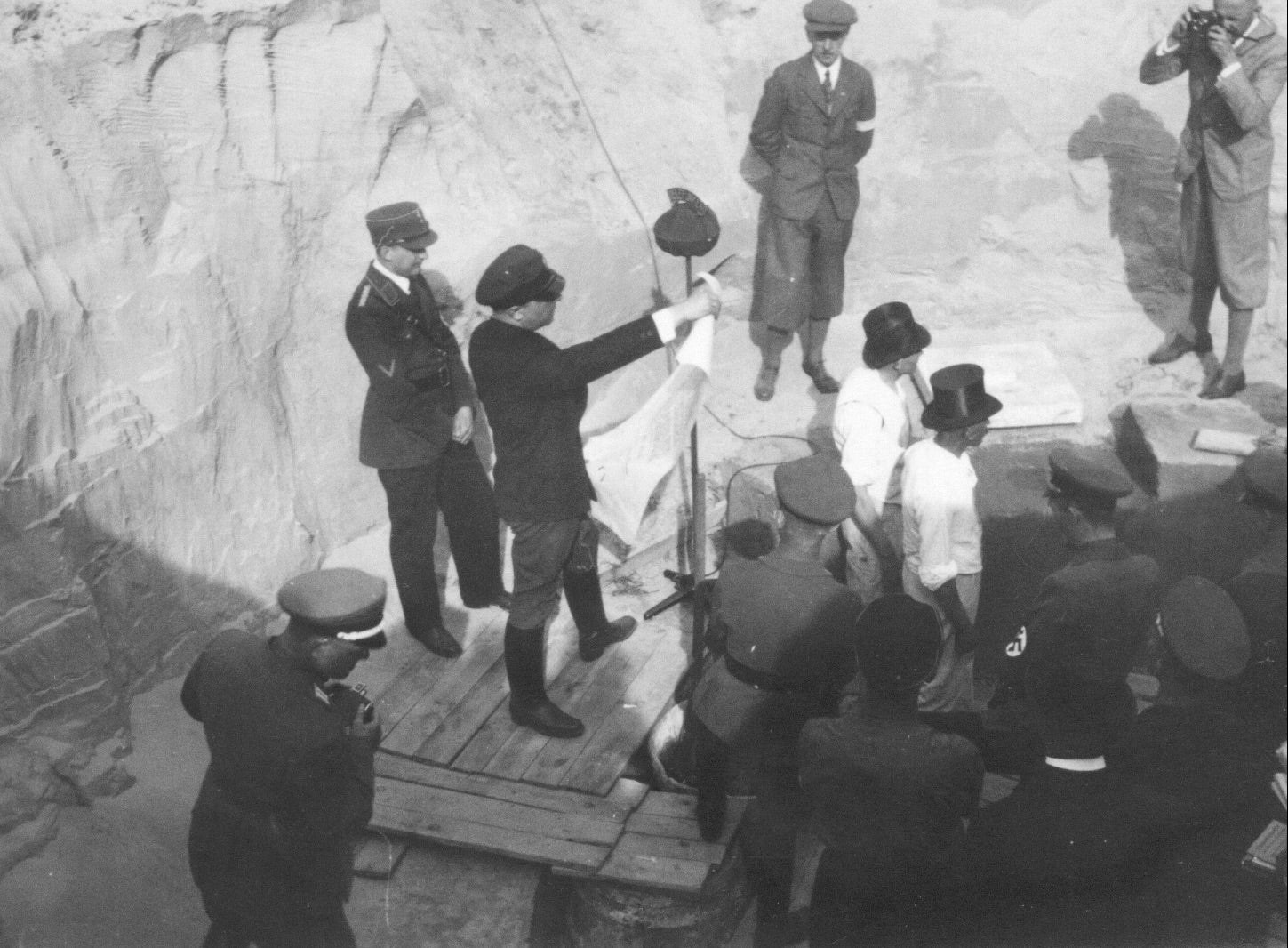 Nazis in Poland hold a ceremony before burying the time capsule in 1934 (Historical photo via Gawex.pl and Sebastian Kuropatnicki)
Researchers in Poland have uncovered a time capsule, dating from 1934. But this isn’t some ordinary time capsule with the run of the mill items you might expect. Sure, it has newspapers, coins, and books — common items for any time capsule. But these items were buried by Nazis. The books inside? Two copies of Hitler’s Mein Kampf, in perfect condition. 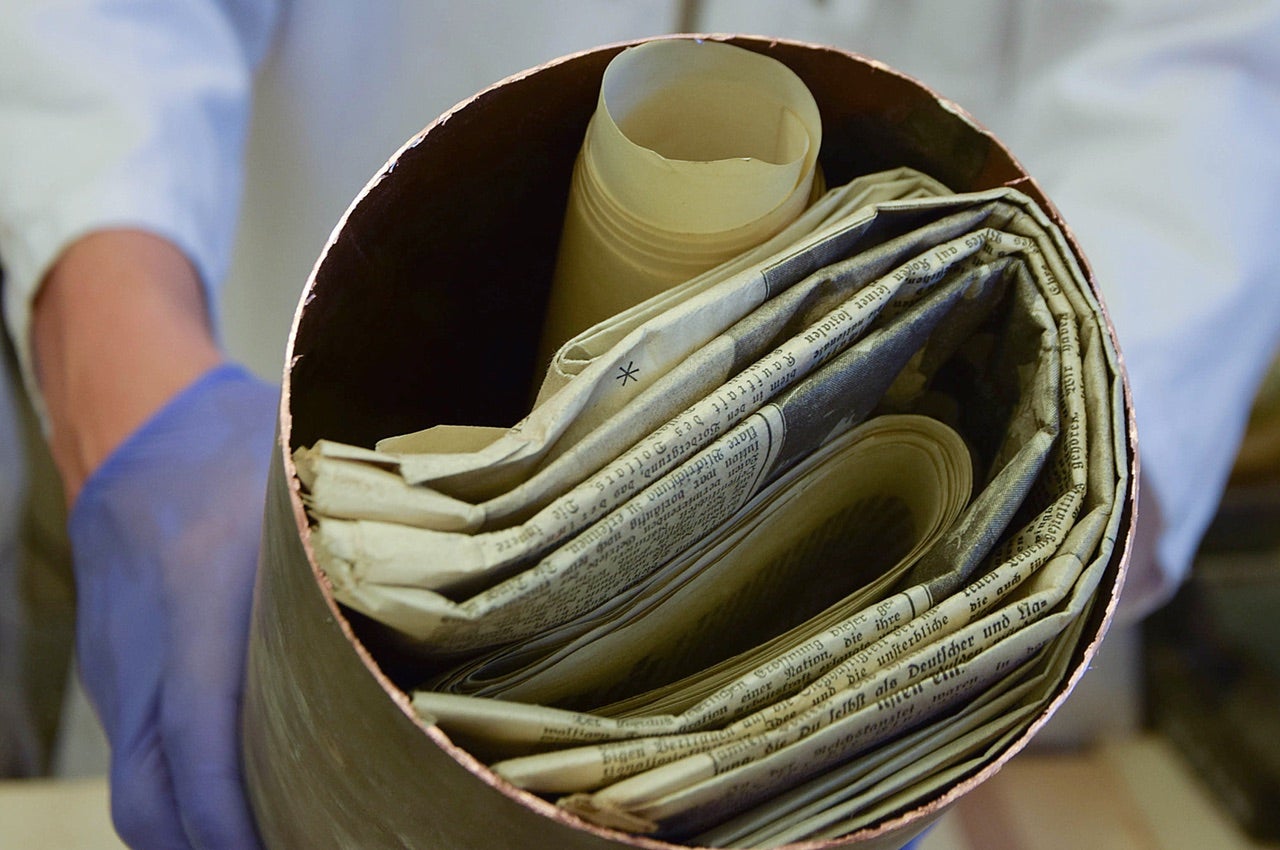 
Archaeologists have known about the existence of the time capsule for years, but weren’t quite sure where it would show up. One thing that they were fairly confident they would find inside would be a documentary film of the town in 1933, when Zlocieniec was a part of Germany and called Falkenburg. In fact, that was the entire reason for starting their dig. But curiously the film wasn’t inside. 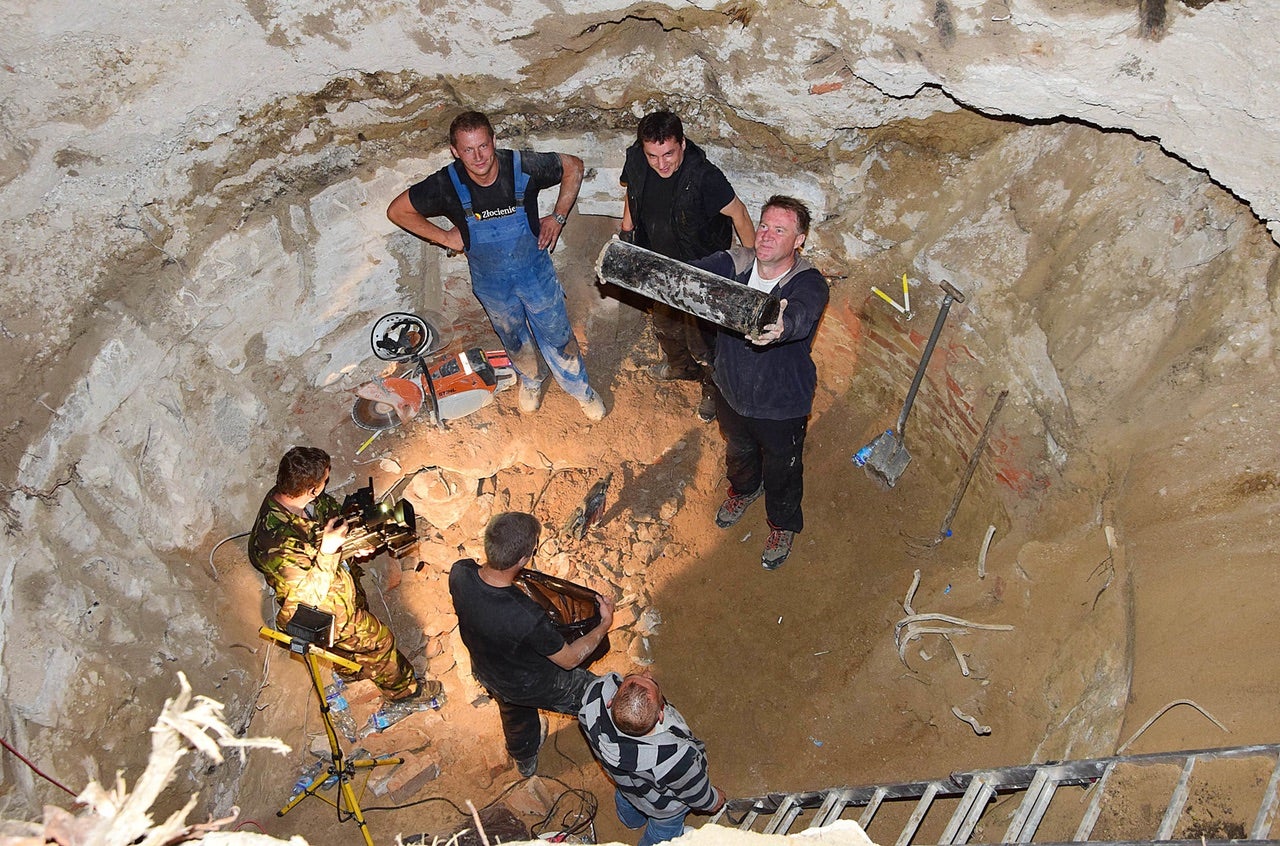 Mayor of Zlocieniec, Krzysztof Zacharzewski, right, is holding a sealed Nazi-era time capsule on September 6th that had just been found in the remains of the foundations of a Nazi training center that was built there in 1934 (AP Photo/Sebastian Kuropatnicki)

The town of Zlocieniec has plans to open a small museum using the contents of the capsule to reflect on the horrors of that period. Sebastian Kuropatnicki, a spokesperson for the town told the Associated Press that they wished they could’ve seen the documentary film that was supposed to be inside. It’s still unclear what happened to the documentary movie, but one might guess that they just decided not to include it at the last minute, and bad information was passed down to future generations that it might be inside.

Either that, or we’ve got an Indiana Jones situation on our hands. 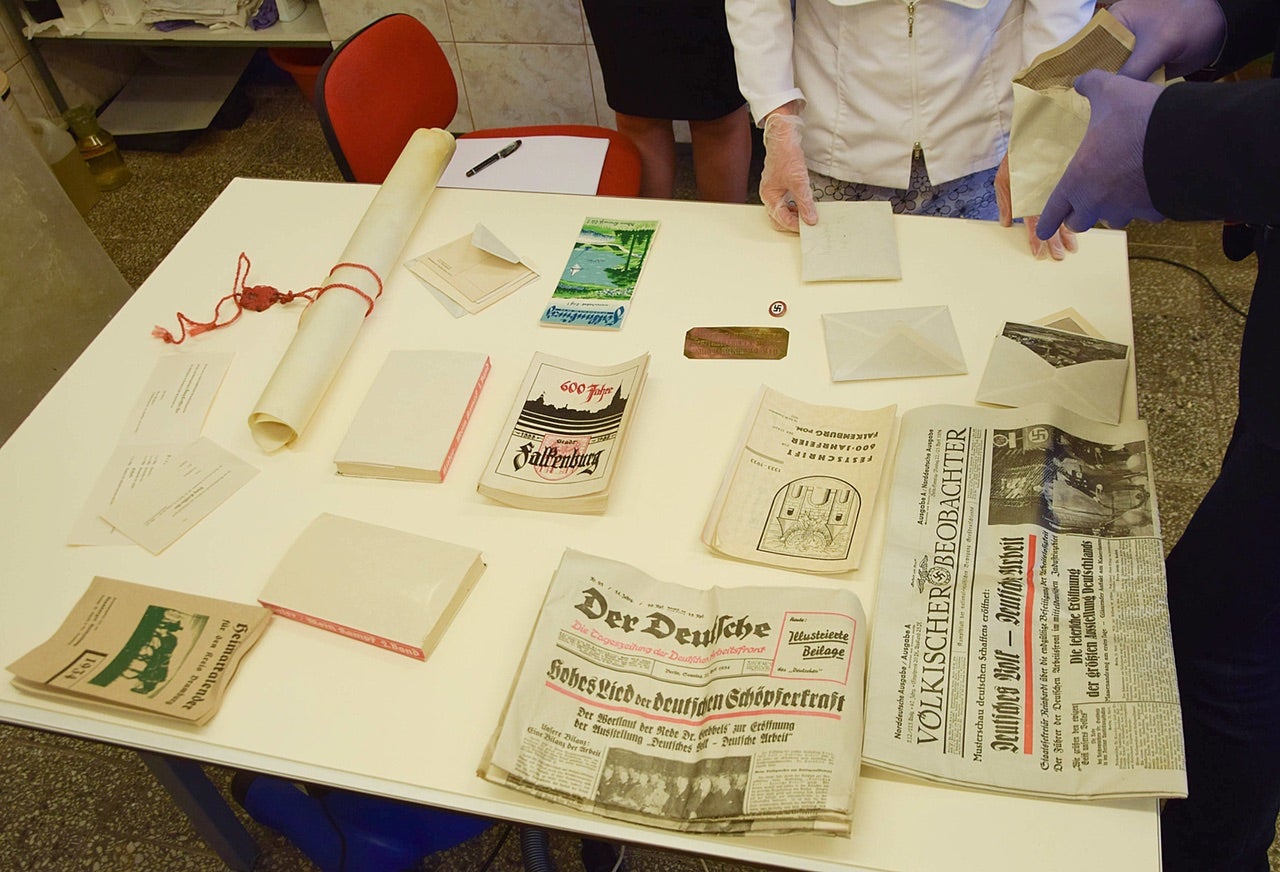 National Museum’s laboratory in Szczecin, Poland
Associated PressGawex.pl
Share this Story
Get our Newsletter Subscribe
There are no more articles to be viewed