MIT Invented A Camera That Can Read Closed Books 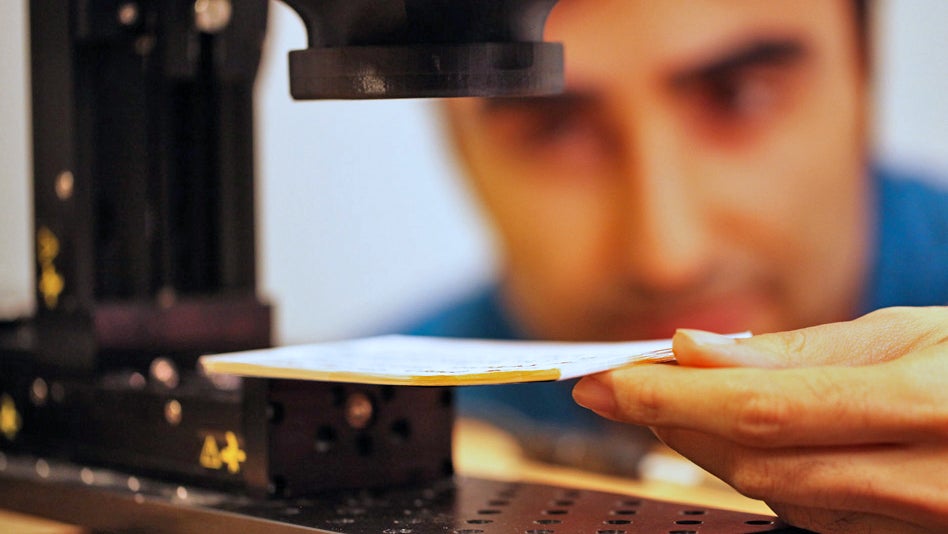 In a breakthrough that will appeal to both spies and those who work with priceless but frail historical documents, researchers at MIT have developed a camera that uses terahertz radiation to peer at the text on pages of a book, without it having to be open.

Terahertz radiation falls somewhere between the microwave and infrared spectrums, and the research team, including Barmak Heshmat, Ramesh Raskar and Albert Redo Sanchez from MIT, and Justin Romberg and Alireza Aghasi from Georgia Tech, chose that particular flavour of radiation because of how it reacts with different chemicals. Different chemicals produce a distinct frequency as they react with different terahertz frequencies, which can be measured and distinguished. In this instance, it allows the researchers to tell the different between ink and blank paper.

Complex algorithms and software is required to translate the frequencies being bounced back to the camera, allowing it to distinguish letters on a page. But it also relies on how far the short bursts of terahertz radiation are travelling. By precisely timing how long it takes to reach the 20-micrometre-thick air gaps between pages of a book, it’s able to calculate when it moves from page to page.

In its current form the terahertz camera can accurately calculate distance to a depth of about 20 pages, but it can only distinguish characters on a page to a depth of about nine pages. The device also requires the paper used to have some degree of transparency. However, as the detectors and emitters used are further refined, the researchers feel their system could be a fantastic tool for museums or other facilities who want to explore and catalogue historical documents, without actually having to touch or open them and risk damage.