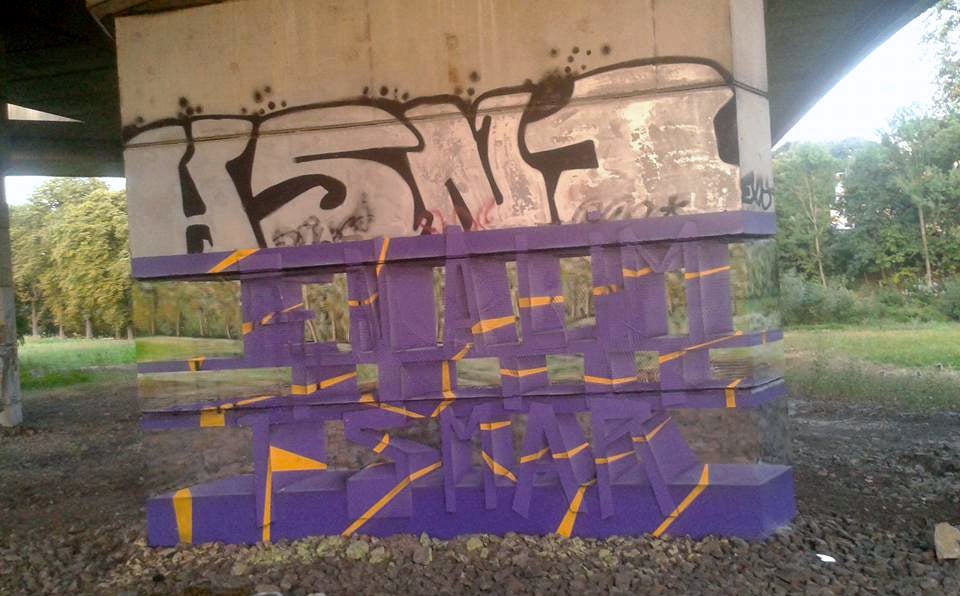 The whole point of graffiti is to get people to look at your artwork, and remember your tag. But a new piece by a graffiti artist in the Czech Republic does more than just catch someone’s eye, it will actually leave them scratching their heads wondering how they made this massive concrete support appear partially invisible.

Did they spend hundreds of hours carefully chipping away at the cement with a pickaxe to create this effect, hoping the entire structure wouldn’t come crashing down on them? Nope, it’s simpler than that. All they had to do was paint the ‘transparent’ areas of the support to match the surrounding area and what would actually be behind it, probably using a photo as reference. If you get too close the effect falls apart, but from the right distance it’s unsettlingly convincing.