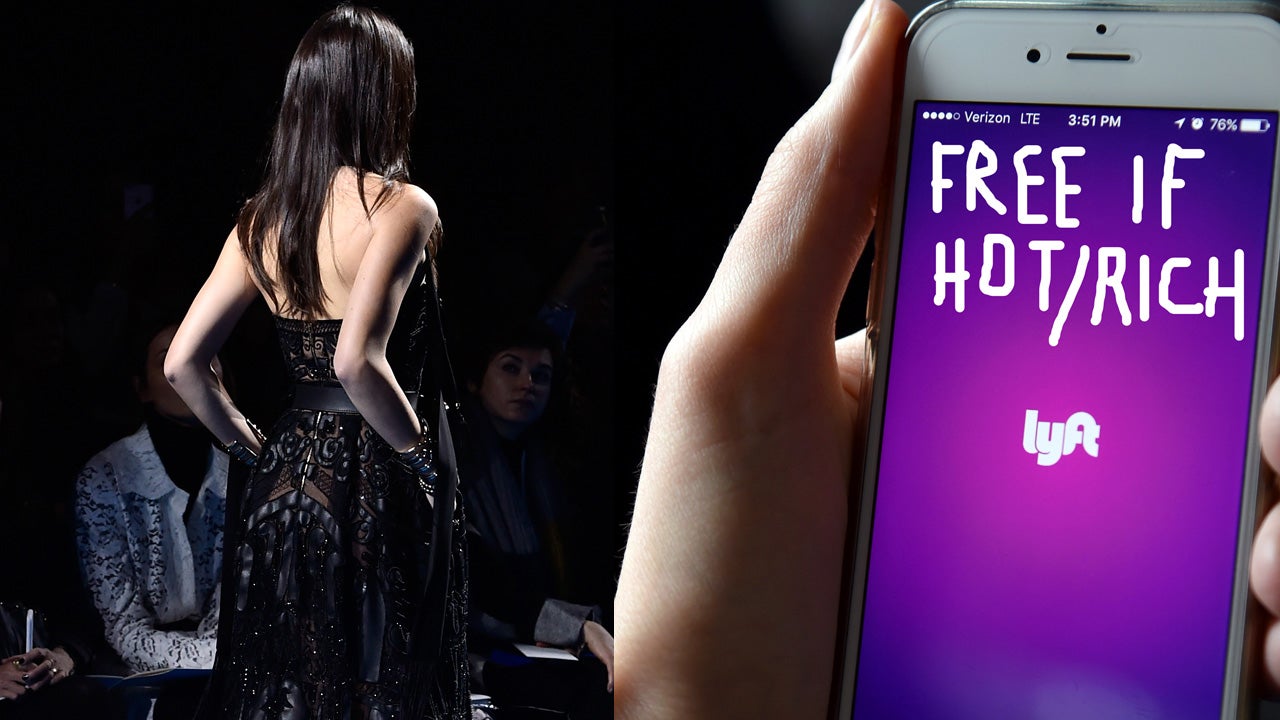 You know who deserves to get free things? Poor people.

But in the twisted capitalist dystopia we live in, rich people are often the beneficiaries of the sweetest free goods. The latest instance of injustice? Kendall Jenner — whose net worth is reportedly around $US10 ($13) million — has just received a year of free rides on Lyft, after her sister Kim Kardashian complained the supermodel had been banned from Uber.

Ugh I have to drive @KendallJenner around tonight bc she's banned from Uber! Why @Uber?!?! She's a "model" passenger!!!!!

An Uber source told Entertainment Tonight that Jenner hadn’t been banned, but that her account had been temporarily put on hold because of a minor issue.

Before Uber could win one of its most famous customers back, Lyft offered Jenner free rides for a year. The supermodel thanked Uber’s competitor for its generosity on her Snapchat channel.