Listen To The First Music Ever Made With A Computer 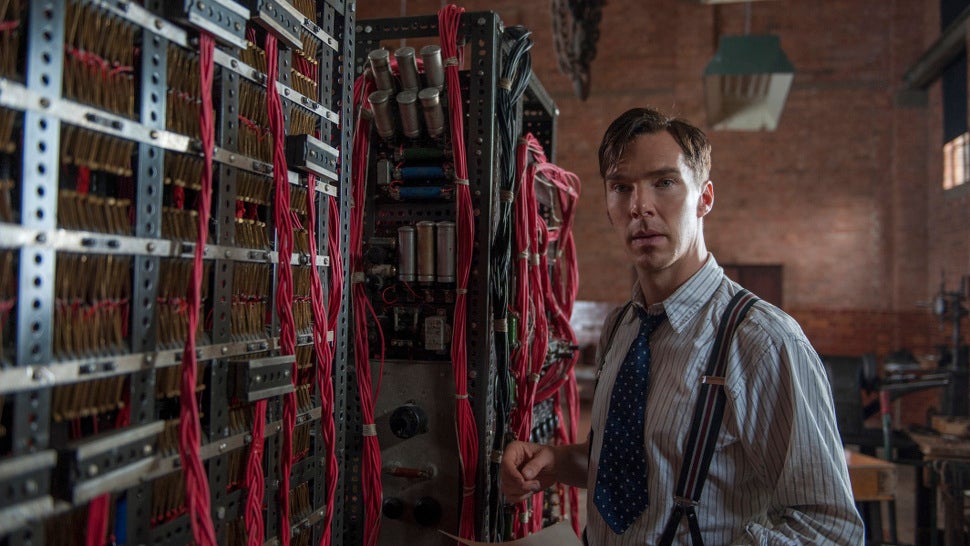 Researchers from New Zealand have restored the very first recording ever made of computer generated music. The three simple melodies, laid down in 1951, were generated by a machine built by the esteemed British computer scientist Alan Turing.

Benedict Cumberbatch as Alan Turing in The Imitation Game.

Computer scientist Alan Turing is primarily remembered for being the father of artificial intelligence and for hacking the Nazi Enigma machine during the Second World War, but as the co-purveyor of the Church-Turing thesis, he recognised the ability of computers to do just about anything — including making music.

With the help of BBC broadcasters, Turing made history by being the first person to use a computer to generate music, and then record that music to a storage medium — in this case a 12-inch acetate disc. Turing created the music at the Computing Machine Laboratory in Manchester, England, on a primitive device that occupied nearly an entire floor. The three tracks recorded by Turing included, “God Save the King”, “Ba Baa Black Sheep” and Glenn Miller’s “In the Mood”.

Recently, researchers from the University of Canterbury in New Zealand examined the only known copy of the music. It still contained the audio, but it was badly distorted. “The frequencies in the recording were not accurate,” noted UC Professor Jack Copeland and composer Jason Long in an AFP article. “The recording gave at best only a rough impression of how the computer sounded.”

To restore the three tracks to their original form, the researchers removed extraneous noise from the recordings, and adjusted the speed of the audio, which compensated for the incessant “wobble”. You can hear the fully restored digital music here — which include the amused reactions of those listening to the computer-generated tracks for the very first time.

The end result is a characteristically grainy digital-like sound, one far removed from the conventional analogue instruments of the time. The tracks must have sounded very strange to Alan Turing and his collaborator Christopher Strachey, who helped with the arrangements.

Little did they realise, however, that their simple recordings would herald the beginning of the digital music era. This pioneering work would set the stage for not just groundbreaking musical instruments, such as synthesizers, but entirely new musical genres and forms of expression.