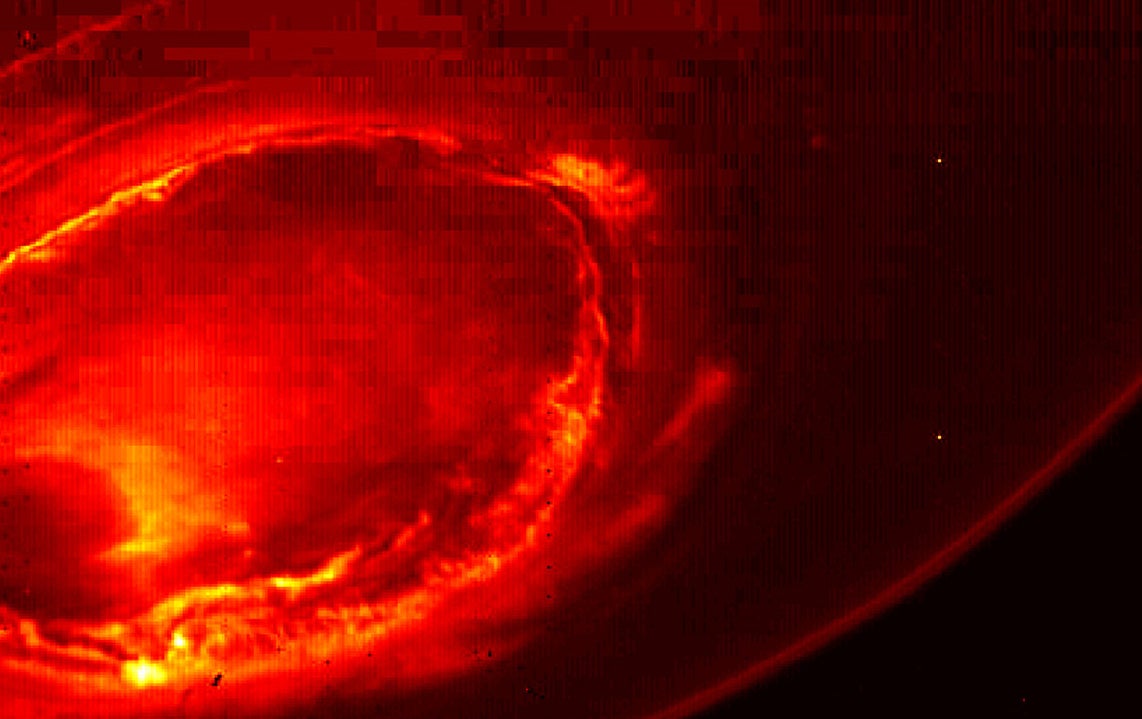 The first close-up images of Jupiter as seen by NASA’s Juno spacecraft are finally rolling in — and the gas giant before us is barely recognisable.

Jupiter’s southern lights have never been seen like this before. Image: NASA/JPL-Caltech/SwRI/ASI/INAF/JIRAM

“First glimpse of Jupiter’s north pole, and it looks like nothing we have seen or imagined before,” Scott Bolton, principle investigator for the Juno Mission which arrived in orbit around Jupiter on July 4, said in a statement. “The largest planet in our solar system is truly unique.”

The dazzling new images of this turbulent ball of gas were captured on August 27, as Juno executed the first of 36 orbital flybys that brought it just 4000km above Jupiter’s cloud tops. It took a day and a half for the data to be downloaded, and it’s still being analysed and interpreted by the Juno mission team. The latest image releases can be found here. 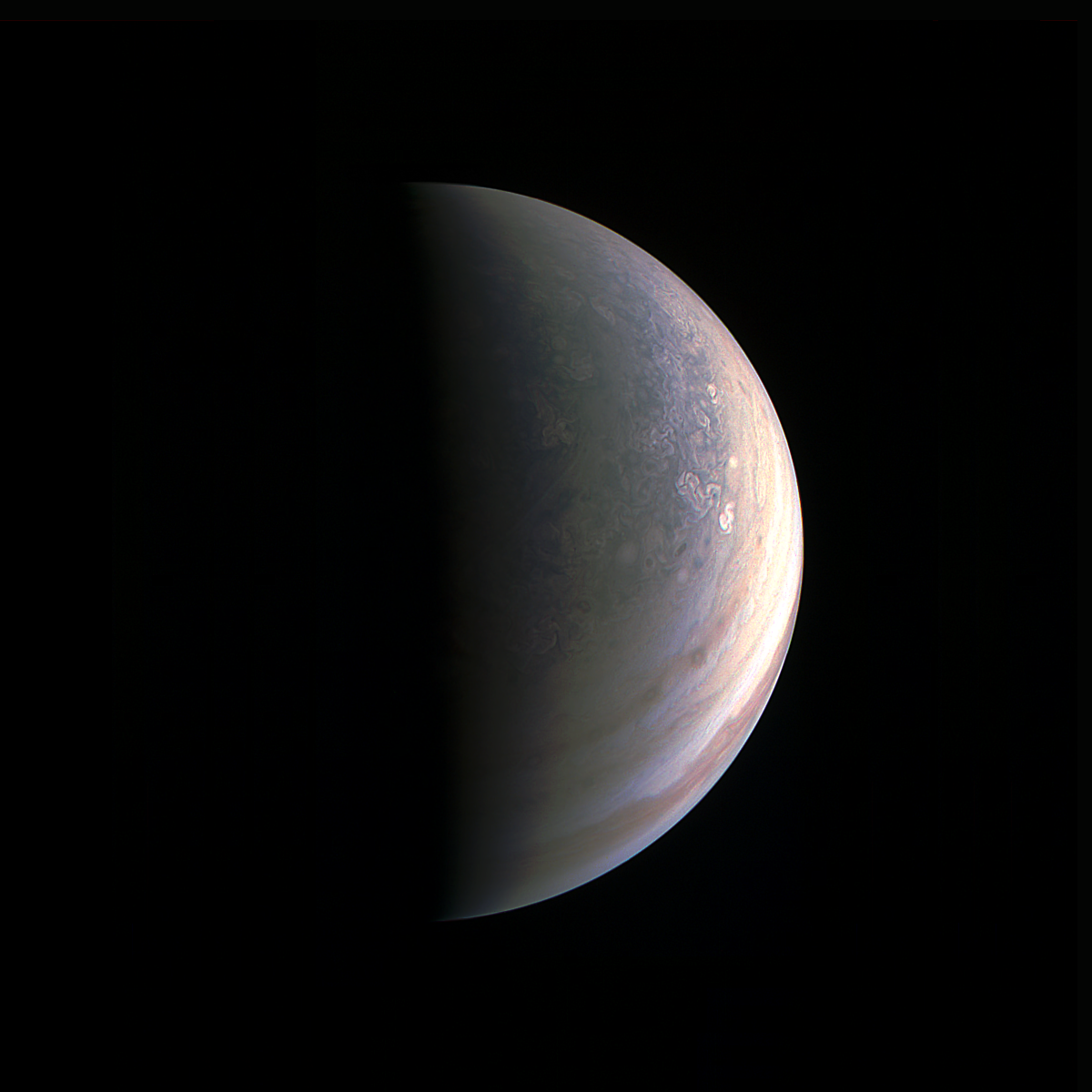 Among the biggest surprises so far, the north pole appears to lack the striated belts and bands of clouds that are so prominent at Jupiter’s mid-latitudes. Instead, the image above reveals a churning swarm of cyclones, like ethereal blue galaxies all clamouring for space. Juno’s first flyby also captured the fiery beauty of Jupiter’s southern lights, which are barely visible from Earth, along with some auroral radio emissions which are straight nightmare fuel pitched up:

Finally, the Juno mission team was very surprised by one feature they didn’t see.

“Saturn has a hexagon at the north pole,” said Bolton. “There is nothing on Jupiter that anywhere near resembles that.”

These are just our first tastes of the weird, ferocious planet Juno will spend the next year and a half discovering. Stay tuned for much, much more!