In This Webcomic About A Magical Competition, One Competitor May Not Have Any Magic Powers 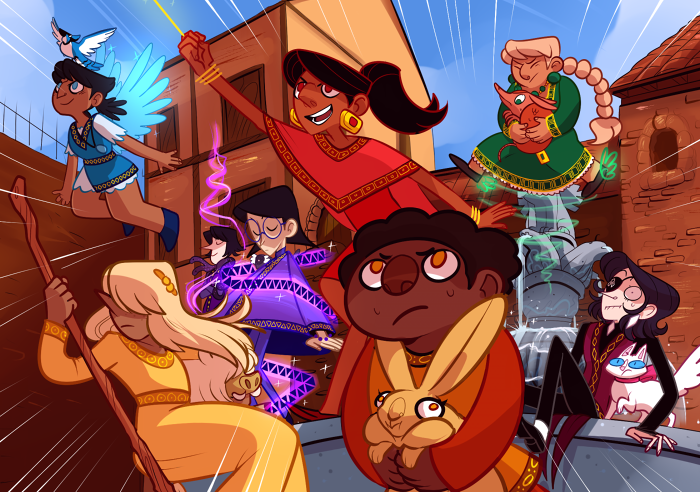 In Taylor Robin’s webcomic Never Satisfied, there is one plum job that every young magician wants: to be their city’s magical representative to the king. But in this year’s crop, one competitor has managed to stay in the running without using any magic. What gives?

Seriously, this comic is just flat-out fun. Robin has created a colourful cast of characters (including a few who are non-binary), who compete in a series of games to prove themselves the most competent magician. But there is one competitor who stands out: Lucy.

Lucy is fashionable, suave, and seemingly confident, but they aren’t colour coordinated like the other magicians and, more importantly, we’ve never seen them perform actual magic. Still Lucy manages to stay in the game through a combination of resourcefulness and luck, and with the help of their familiar, a cat named Ivy. So what’s the deal? Does Lucy really not have any magic, or do they harbour a more complicated secret?

In the meantime, we get to watch Lucy and their rivals flirt and fight, battling each other and their own self-doubts. In this magical competition, we the readers are the real winners.