How To Piss Off Your Friends With iMessage Apps

4 years ago -
Filed to:how to win friends and influence people 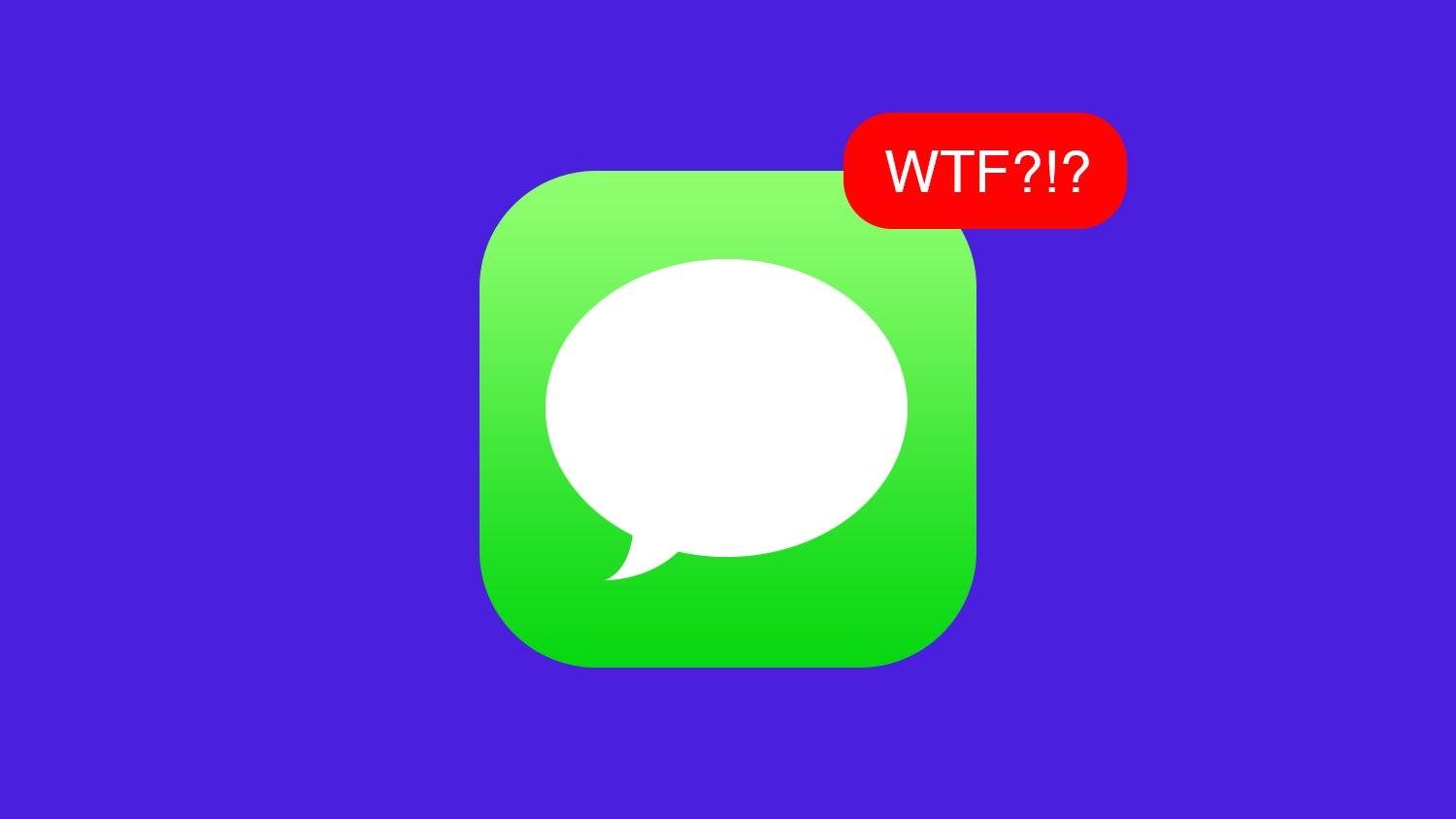 iOS 10 is here, and it brings a whole host of terrible features to iMessage. You can now send the most important people in your life bad stickers, insensitive animations and more proof than they ever needed that you’re a total jerk.

In fact, the new iMessage helps you fulfil the so-called best piece of advice you often hear before a first date or a job interview, which is to “just be yourself”. Now you can do that… with Angry Birds stickers. 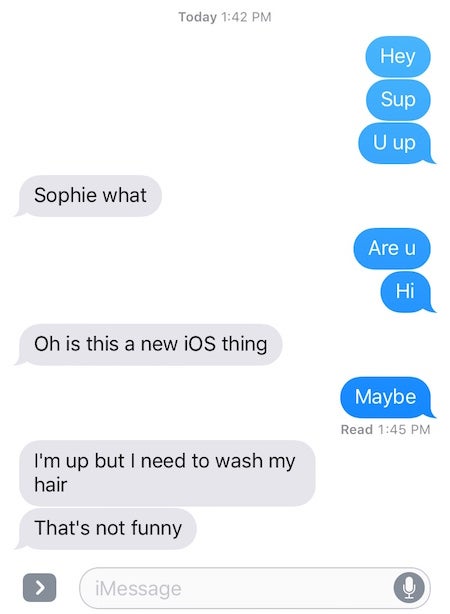 The dumb new features — “loud”, “slam”, “gentle” — are bad enough if you have iOS 10, but they’re even worse if you don’t. The messages I sent to this friend were done with these new features, but she had no idea what I was talking about, because she doesn’t have iOS 10, so it showed up like this:

In times of grief, send balloons

Take advantage of all the terrible stickers 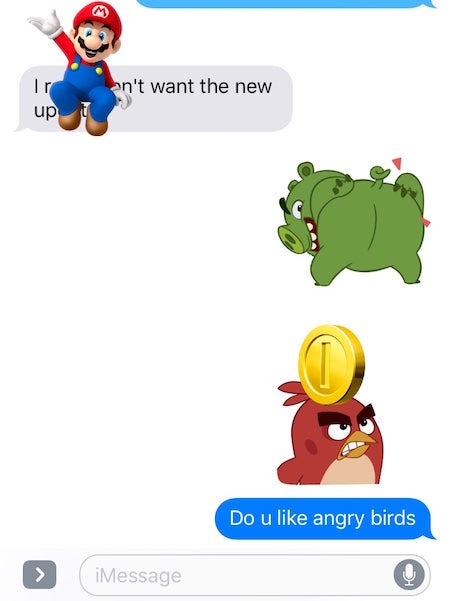 The US Today Show stickers, while awful, aren’t all iOS 10 has to offer. You can also choose from sticker packs for Angry Birds, Super Mario Run, BuzzFeed News, “country superstar” Brett Kissel and something called #Lingo, which purports to be “the only flashing sticker pack you need for all the buzzwords of the moment”. Hm. 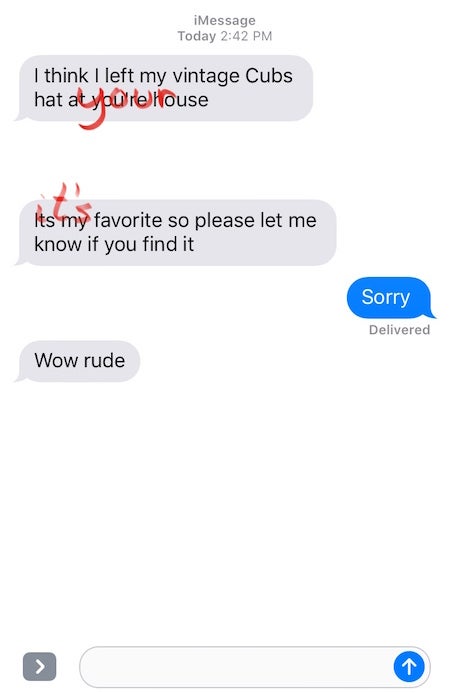 Actually, don’t, this is a terrible app, just correct your friend’s grammar in-text like normal people. 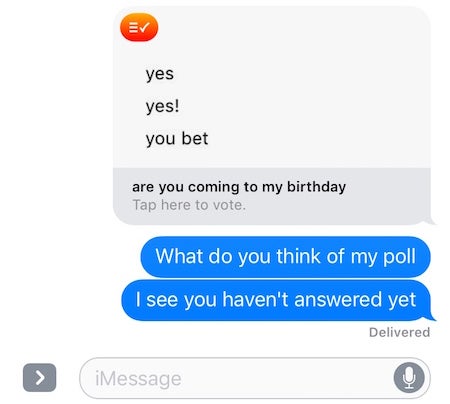 This polling app is like How to Win Friends and Influence People for the modern age.

Gift your Bernie Bro (or Trumpian) pals with Hillary stickers 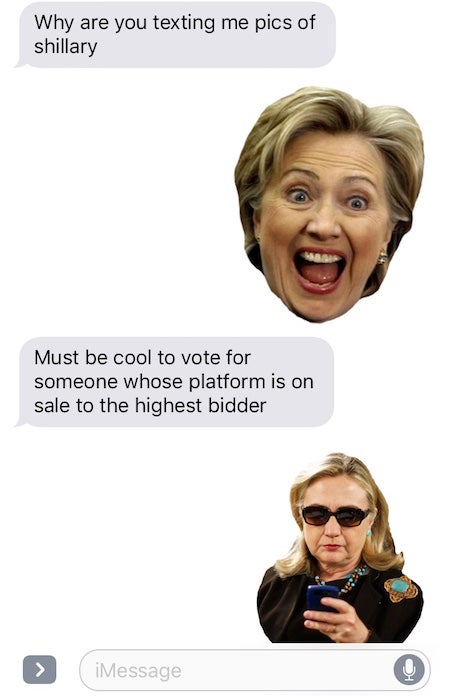 He or she will definitely assume it’s Hillary’s fault. 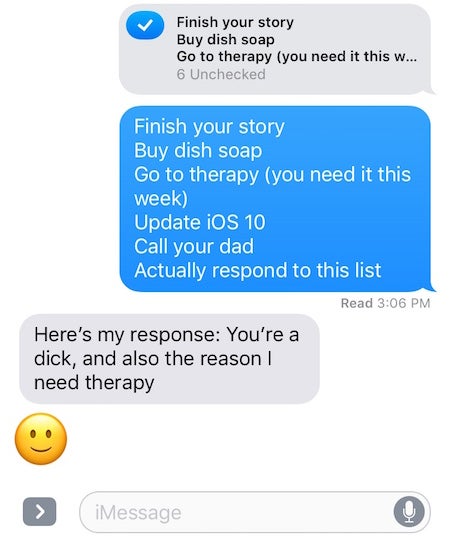 They will love it this checklist app! Happy texting.