How Do You Pronounce Tropical Storm Hermine? 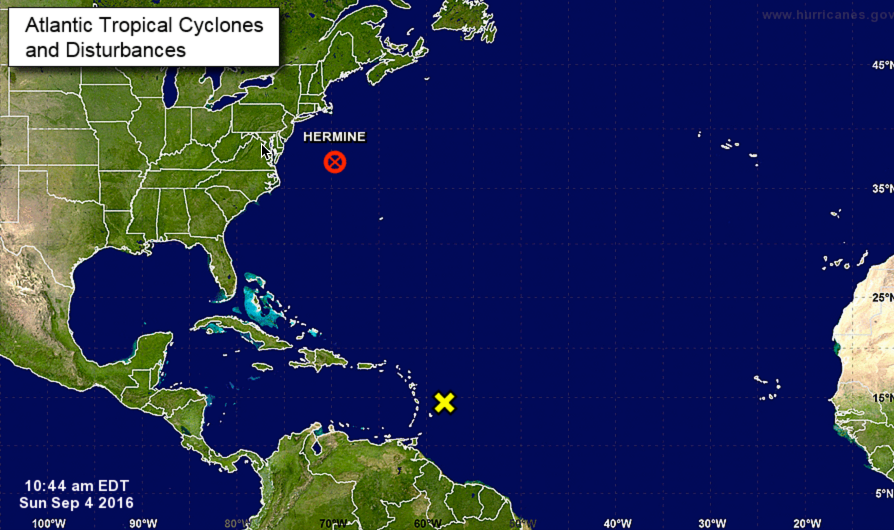 Hermine has an identity problem, shifting from hurricane to tropical storm to “post-tropical cyclone”. Whatever the heck it is, it’s already caused damage in Florida and power outages in Georgia and South and North Carolina, and is expected to produce life threatening storm surges in New Jersey and New York over the course of today.

And the name is not pronounced her-MINE like the Harry Pottery character sans an O.

The name is actually the feminine form of Herman, and reached peak popularity at the turn of last century. According to the National Oceanic and Atmospheric Administration it is pronounced her-MEEN.

Hermine has appeared on NOAA’s list of potential storm names since the permanent naming scheme was developed in 1979. The lists of storm names are rotated out every year, with one being repeated on the seventh year. There are six lists total, so Hermine has only been used five times in the last 37 years. If the name isn’t retired this year we’ll be visited again by Hermine in 2022. And hopefully by then NOAA, and the World Meteorological Organisation, which acts as keeper of the name list, will be able to explain why they so badly misspelled Hermione.