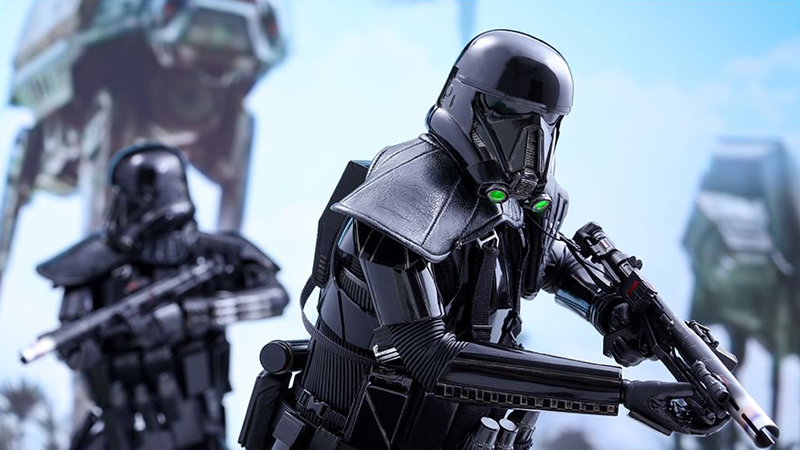 Just think of all the fingerprint smudges that will soon make this very fancy soldier suddenly look a lot less fancy.

Hot Toys has now fully revealed its Death Trooper Specialist figure, the first in its wave of Rogue One figures. 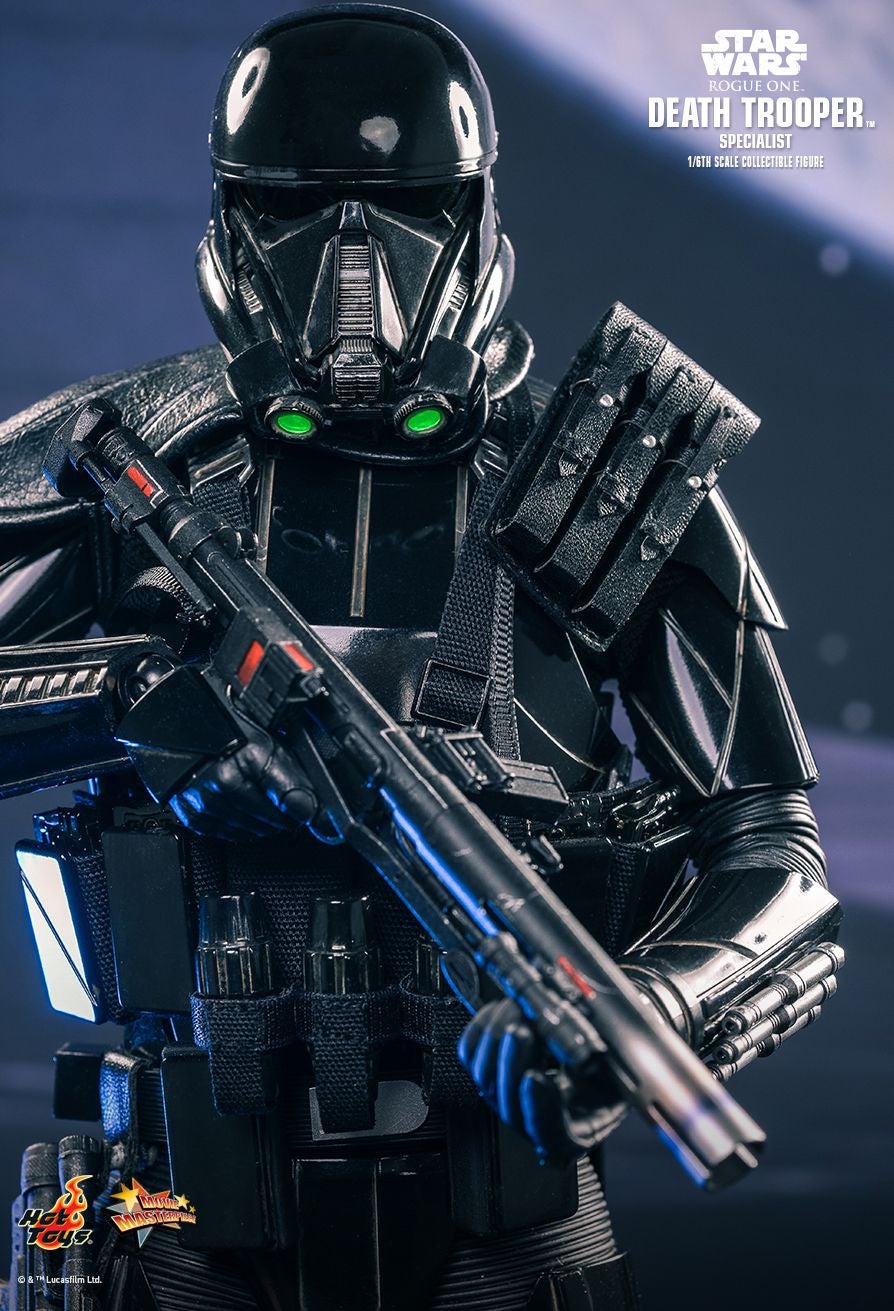 It’s not surprising really — the Deathtrooper has already become the de facto “face” of Rogue One‘s merchandise, even more so than the actual heroes. This reminds me of when Hot Toys gave us Stormtrooper after Stormtrooper before we started seeing Force Awakens heroes like Finn and Rey. These faceless soldiers are easy to get done quickly without having to wait for facial likenesses and actor approvals. I makes sense that we’re seeing these before the likes of a Hot Toys Jyn Erso or Cassian Andor. 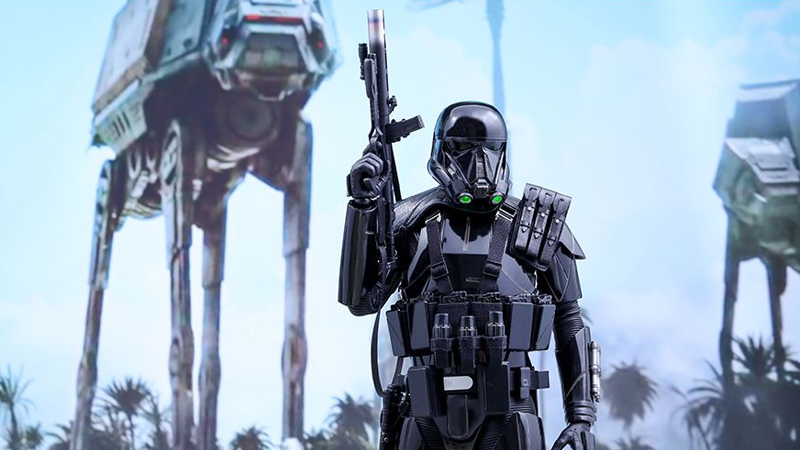 That doesn’t make the Specialist toy any less cool looking, though — and it’s really jam-packed with a ton of extra accessories. In addition to the standard bonus hands to grip the various weapons it comes with, the Deathtrooper has a bunch of grenades he can throw (or strap to his torso with what looks like a billion other extra pouches for the poor guy to lug around). There’s also a pistol — Star Wars nerds will recognise it as the SE-14c used by Stormtroopers in A New Hope — and a new blaster rifle that can be slung over their shoulder when not in use. Even the green areas on his helmet light up! 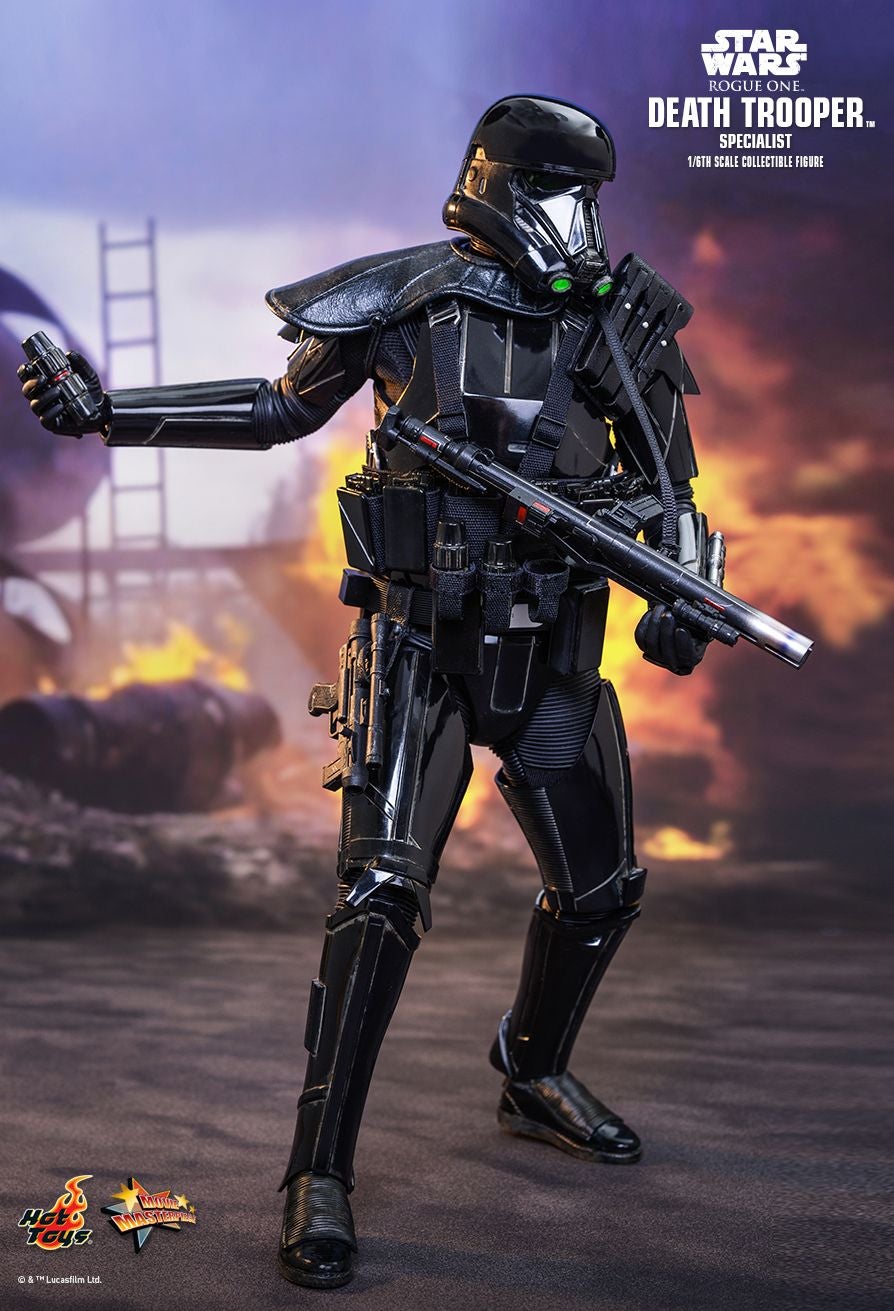 Surprisingly, you won’t have to wait ages like you usually do for Hot Toys to see this guy available to buy — Hot Toys have announced the figure will be available starting September 30 in select regions for $US235 ($311), before being widely available around November to December ahead of Rogue One‘s release. Head on to the link below to see more pictures.