First Look At Agents Of S.H.I.E.L.D.’s Ghost Rider Shows He Loves His Junk 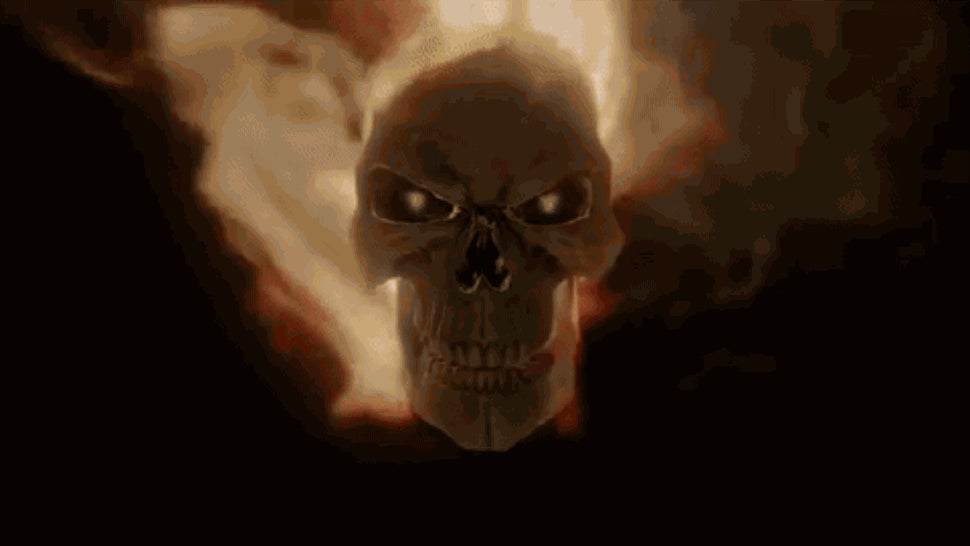 We’re getting our first look at the most hyped addition to Marvel’s Agents of S.H.I.E.L.D. in, well, I’d argue forever. He’s hot, he’s smouldering and he really loves hanging out in trash piles. 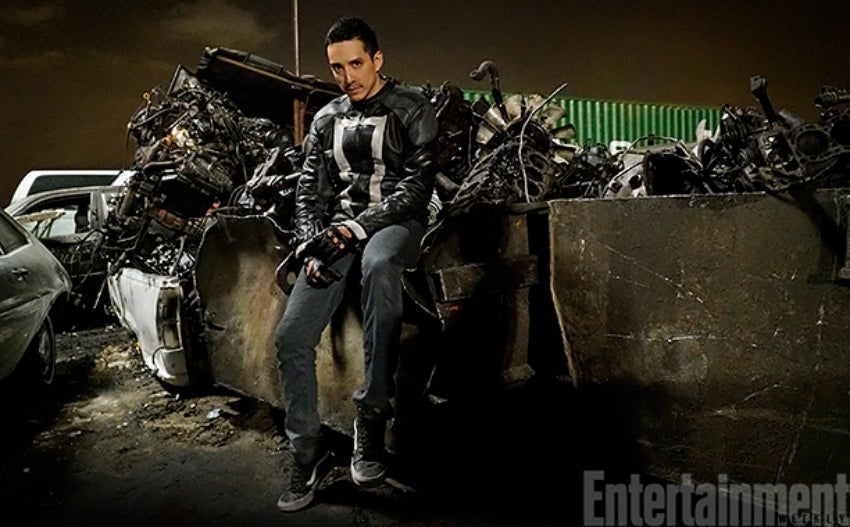 Entertainment Weekly released the first photo of actor Gabriel Luna as Robbie Reyes, aka the Rider of Ghost, who’s making his S.H.I.E.L.D. debut in Season 4. The character is based on the Marvel NOW! comic series, rather than the Johnny Blaze rendition that will forever be associated with Nicolas Cage’s crazy fire face.

The S.H.I.E.L.D. Twitter account also released a promotional video of Ghost Rider in action, in the former of some cell phone found footage. It doesn’t give us much, but it does confirm that Robbie will be riding his black muscle car instead of Johnny’s signature motorcycle. But come on, vertical video? Really?

According to the Season 4 synopsis:

Robbie Reyes (Gabriel Luna) will roar into the lives of Agent Coulson and the team as a junkyard mechanic who can turn on a dime into the terrifying Ghost Rider. Will Robbie be a friend or foe to S.H.I.E.L.D. — as well as the world, itself?

Executive producer Jed Whedon told EW that they’re putting their own spin on the character, while keeping some of their favourite elements, like his East L.A. roots and family ties. Whedon also said Reyes’ arrival continues Marvel’s push into the unknown, regarding science vs. magic.

“It started out with a guy building a suit using science, and then we met aliens that are the origin of the myths behind some of our gods, and this year Doctor Strange comes out,” Whedon said. “We’re opening it up even further to the world of things we don’t totally understand, or as Thor says, ‘Magic is science that we don’t understand.’ Well, we’re getting into some very, very fancy science.”

SpoilerTV is reporting that the first episode of Season 4 is called “The Ghost,” which (very very very) likely means we’ll be seeing Reyes on screen pretty quickly. Marvel’s Agents of S.H.I.E.L.D. returns Sept. 20.