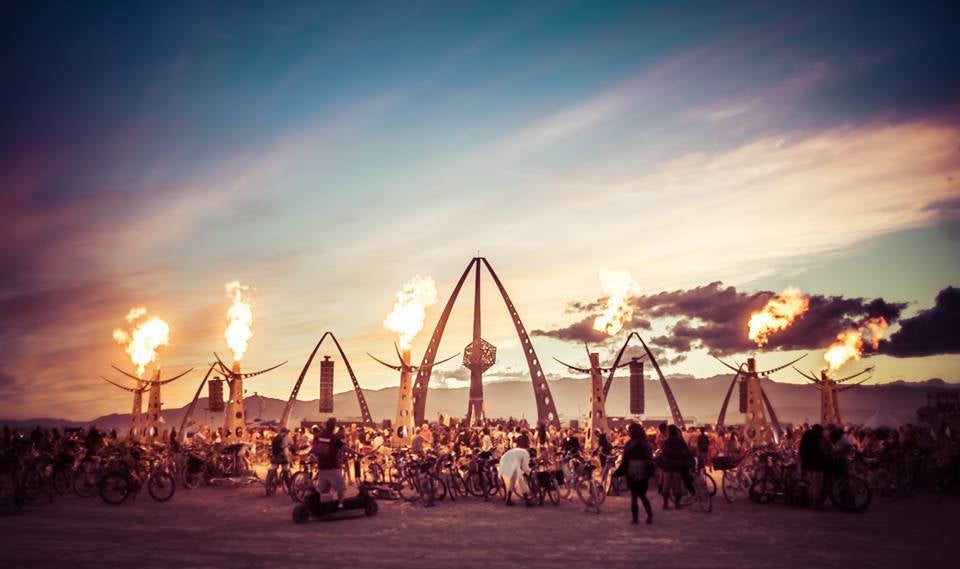 The White Ocean camp at Burning Man says that it’s made up of “dreamers that blur the lines between reality and the impossible.” Unfortunately for White Ocean, however, “reality” recently meant getting its business messed up by a bunch of vandals.

According to a lengthy Facebook post published by the camp on Thursday, the magical wonderland full of “creativity and exploration” was hit by a rash of vandalism on Wednesday night.

The post explains, in what I can only read in a spaced out, “C’mon, man, we’re just here for the good vibes” tone of voice:

A band of hooligans raided our camp, stole from us, pulled and sliced all of our electrical lines leaving us with no refrigeration and wasting our food and, glued our trailer doors shut, vandalised most of our camping infrastructure, dumped 757l of potable water flooding our camp.

We immediately contacted authorities. Sheriffs came to our camp along with rangers to take our report.

This year has been quite the challenge for our camp. We have felt like we’ve been sabotaged from every angle, but last night’s chain of events, while we were all out enjoying our beautiful home, was an absolute and definitive confirmation that some feel we are not deserving of Burning Man.

White Ocean then pointed its dusty finger at Burning Man organisers themselves, claiming that it had “someone from the organisation tell us that in paraphrase ‘it makes sense that you have been sabotaged as you are a closed camp and not welcoming.'”

Sheriff Jerry Allen of the Pershing County Sheriff’s Office, which helps patrol Burning Man, told Gizmodo by phone that his office was currently investigating claims of vandalism at the camp. “We have responded, we have taken preliminary reports, and we’re currently investigating,” he said. He couldn’t confirm the specific allegations in the Facebook post, but said that investigators went out again this morning.

The idea that White Ocean is “not welcoming” isn’t coming from nowhere. As the Reno Gazette-Journal explains, the gathering is known as a “plug-n-play” camp:

The camp, a temporary home for Burners from London, New York, Los Angeles and San Francisco, is considered a plug-n-play camp. Hired help assists the camp in the concert productions and the corral of RVs that surround a catered cafeteria and lounge space. Outside of the camp, White Ocean provides a stage beneath a row of archways.

Burning Man has made an effort to regulate plug-n-play camps on the playa at the request of many Burners, who believe the camps run counter to the principal of “radical self-reliance.”

According to the Wall Street Journal, the camp was largely funded by “entrepreneurs and business partners” Timur Sardarov and Oliver Ripley. In 2014, its expenses apparently totaled hundreds of thousands of dollars, which is rich — literally — for an event that touts “decommodification” as one of its pillars.

Over at the comments section of White Ocean’s post, the reaction ran the gamut from “Haha, suckers!” to “Shame on those hooligans.”

Meanwhile, a bunch of artists set some installations on fire on Friday. Until next year!