Facebook, Noted Not-A-Media Company, Will Help Collect Questions For The US Presidential Debates 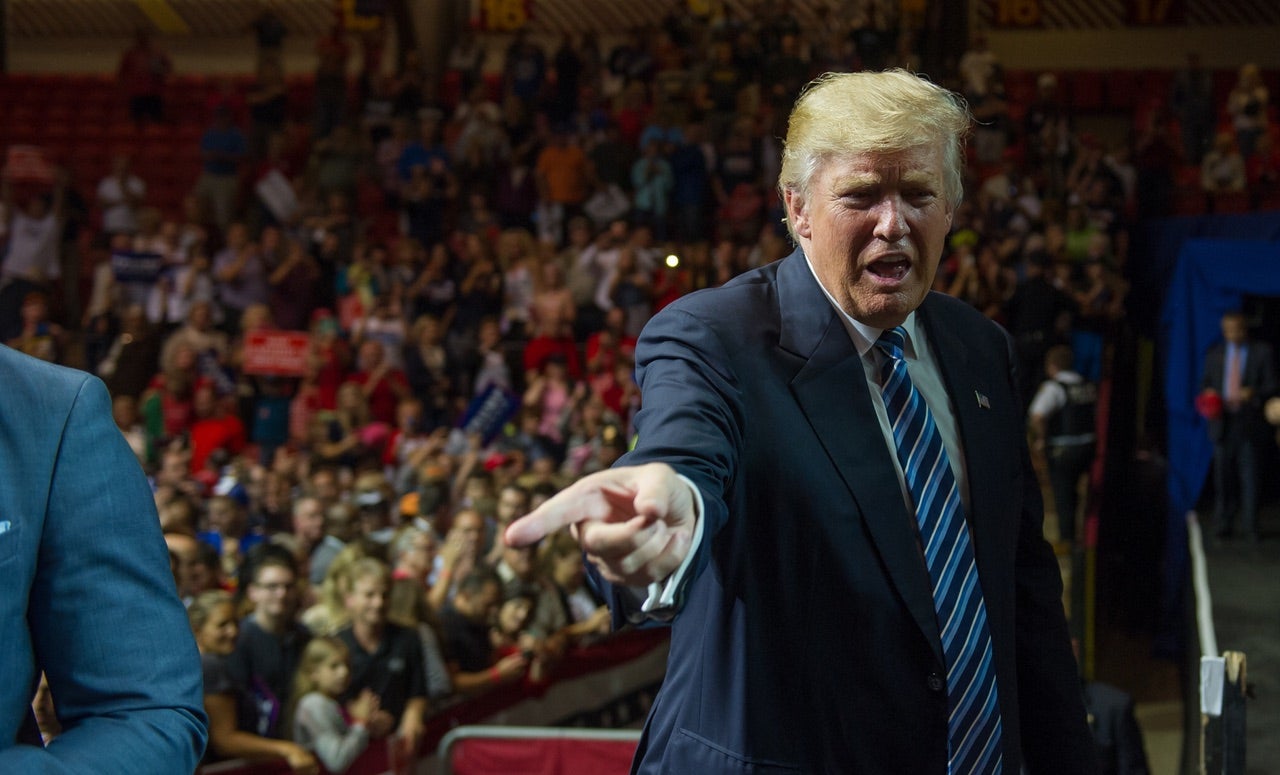 The US presidential debate season is upon us, and in our Age of Social Media™ that means the average American’s voice will be heard. Well, sort of. Facebook is helping source questions from average people, for better and for worse. The second US presidential debate on October 9 is the “town hall” style debate, which has a long history as one of the most colourful of the three scheduled debates. But in previous generations the town hall was always limited to questions from people in the room. That’s changing in 2016.

Donald Trump, noted neo-fascist candidate for US president, points his finger during a rally in Ohio (Photo by Jeff Swensen/Getty Images)

While questions have been gathered from the public via social media for primary debates dating back to 2007, this is the first time that it’s being done for a general election debate. Facebook will hand off potential questions to the moderator, but it will be completely up to the town hall debate moderators and their producers whether or not to ultimately ask those questions that are submitted through the Facebook platform.

Facebook has come under fire recently for tweaks to its human and nonhuman intervention in the way that it presents news stories to consumers and its censorship of certain historical photographs, insisting that it’s not a media company. And while the questions presented to moderators won’t be worded by Facebook per se, the company will be advising the moderators on how to collect questions. Helping facilitate not only the dissemination of news, but the creation of that news through questions of politicians has typically been the very definition of a media company, but what do I know? Commenters here remind me I’m not a journalist on a daily basis.

Whatever questions are ultimately asked, the second debate should be an interesting one. In the past, the town hall debate is where many of the great US presidential fireworks have occurred. Well, sometimes it’s been sparklers. But everything has been sparklers compared with the US political carpetbombing of 2016.

What happened in general election town halls of yore? George Bush Sr. checked his watch in 1992. Al Gore invaded George W.’s personal space in 2000. Will Hillary Clinton sacrifice a live animal? Will Donald Trump drink a handle of Jack Daniels just to see what it’s like? Will Jill Stein show up unannounced and tell us that our microwave ovens are causing autism? Whatever happens, we expect it to be a barnburner. And anyone’s questions could be right there thanks to Facebook. Again, Facebook, the not-media company that’s just helping media companies get questions in front of candidates.

As the Commission on Presidential Debates notes, there’s a heavy tech company presence at this year’s debates. Both Facebook and Google are providing data to the moderators of all the debates about what kinds of issues people care about.

There are three presidential debates in the next month, the first happening in just 11 days. The town hall style debate is second on the list, airing on October 9 moderated by ABC’s Martha Raddatz and CNN’s Anderson Cooper. The first debate is September 26, and the last is October 19.

And frankly we can’t wait. Because this election season really can’t get any worse for America, can it?