Donald Trump Is Still Stealing His Campaign Banners From The Internet 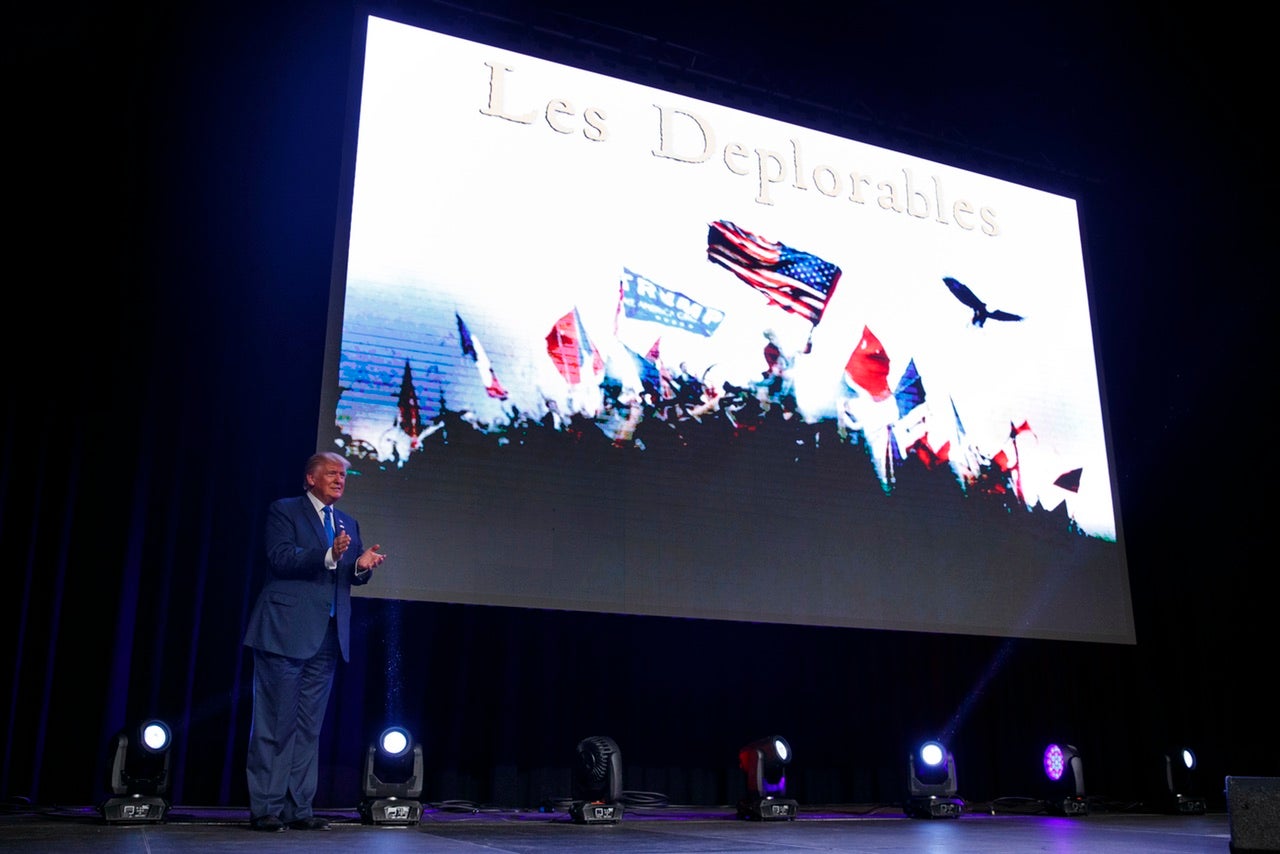 Remember when Donald Trump had that week where he just printed off random images he found on the internet? Well, today he continued that fabulous tradition at a rally in Miami. He entered to the theme song of Les Misérables and behind him was projected a photoshopped Les Deplorables parody. If you’ve seen the image before, that’s because his campaign took it from the internet.

It’s unclear who originally created the Les Deplorables image, but it very clearly came from the internet. Some suspect it was from Reddit, while others suspect it may have been uploaded directly to Twitter.

As I’ve said before, I find the Republican love/hate relationship with France to be confused at best. What happened to the good old days of Freedom Fries, guys? Are the French cheese-eating surrender monkeys or America’s greatest allies in the fight against terror? I never know with these folks. 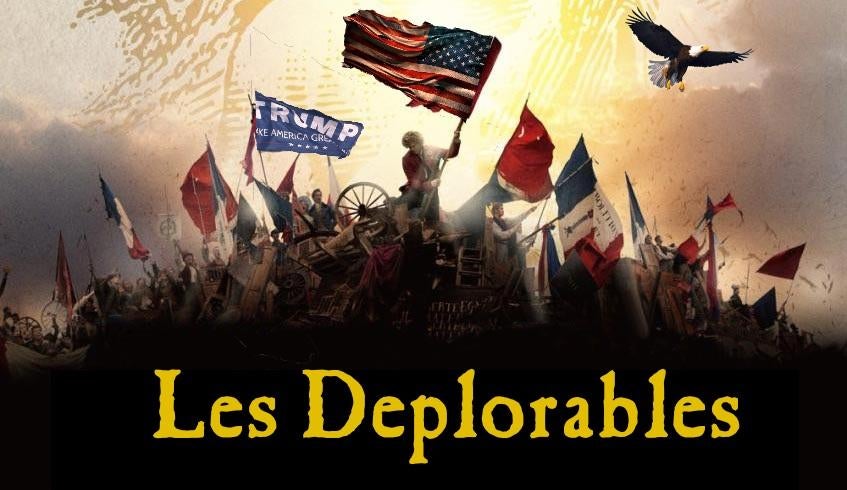 At least the Trump campaign moved the text from the bottom of the image to the top, I guess? Score one for originality.