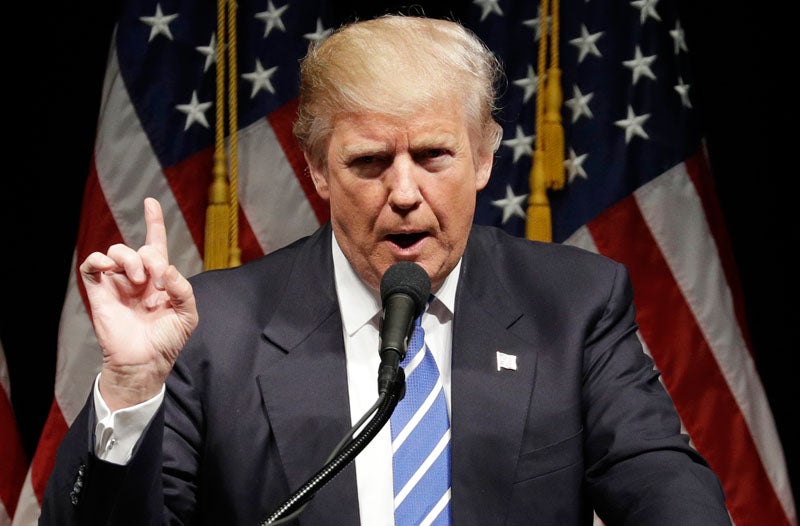 While discussing polling numbers at a rally in Wisconsin on Wednesday, Donald Trump offhandedly accused Google of manipulating search results in favour of rival Hillary Clinton, because hey, why not?

“The Google poll has us leading Hillary by two points nationwide,” said Trump. “And that’s despite the fact that Google’s search engine was suppressing the bad news about Hillary Clinton, how about that? How about that?”

As Trump did not elaborate on his claim, it is unclear what “bad news” he believes the search giant concealed. In June, however, a viral video titled “Did Google Manipulate Search for Hillary?” made similar allegations, prompting an official response from Google.

In the video, YouTube channel SourceFed found that Google’s Autocomplete feature predicted relatively innocuous searches when given characters that triggered queries like “hillary clinton indictment” and “hillary clinton crimes” on competitors Bing and Yahoo. According to Google, however, their algorithm is set up to never predict “disparaging” queries in conjunction with someone’s name — a claim supported by a cursory comparison of the search engines. 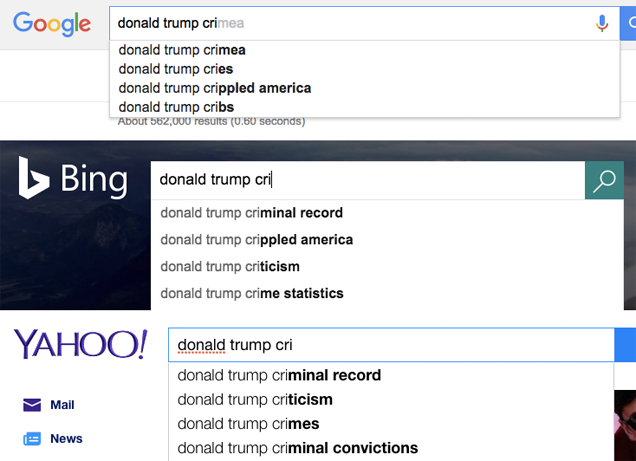 “Google Autocomplete does not favour any candidate or cause,” the company told The Washington Times. “Claims to the contrary simply misunderstand how Autocomplete works.”