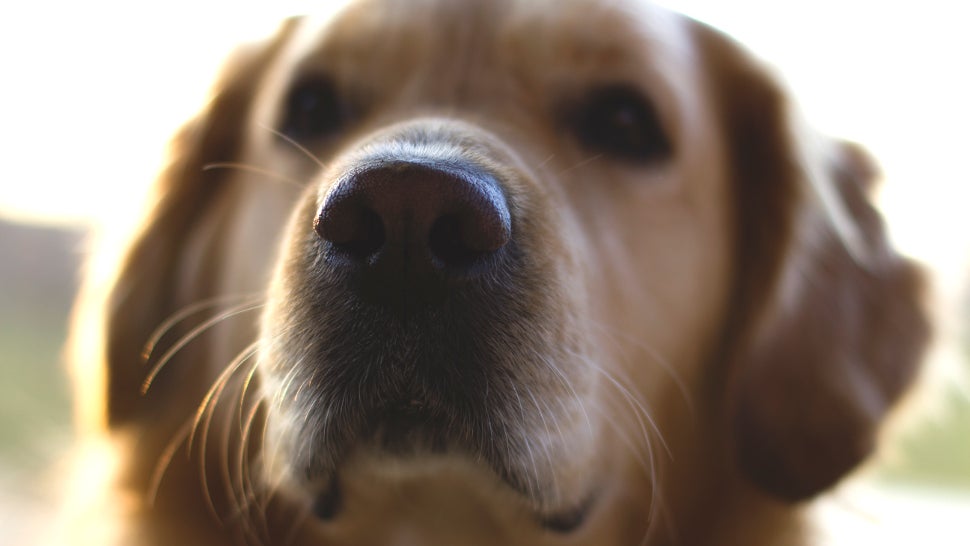 A team of European researchers put six highly-trained sniffer dogs to the test to see if they were any good at detecting lung cancer. The results were surprisingly bad, but the scientists say factors other than the canine sense of smell were responsible for the poor performance.

The new study, published in Journal of Breath Research, shows that dogs fare poorly when asked to sniff out lung cancer in actual screening situations — despite their uncanny ability to sniff out certain cancers. It isn’t their sniffing skills that are the problem, but canine tendencies — like distraction and boredom — that cause them to lose focus and make mistakes. Simply put, they’re not great at being clinicians.

There’s still good reason to believe that assistance dogs can be tremendously helpful in medical contexts. They have been used to detect low blood sugar levels in their diabetic owners, and warn of an impending hypoglycemia attack. Dogs have also displayed an uncanny ability to sniff out certain cancers, such as urological cancers and breast cancer, leading to early detection. But little research has been done to determine if they’re any good at detecting lung cancer, particularly in a real screening situation.

Researchers from Krems University Hospital and several other institutions recruited 122 volunteer patients. Twenty-nine had already been diagnosed with lung cancer (but hadn’t yet received any treatments) and 93 subjects showed no signs or symptoms of the disease. The six dogs were trained for six months beforehand, with a total of 150 training samples.

When it came time for the real test, the dogs were exposed to breath samples provided by the participants. This was done in a double-blind manner to eliminate any subjective bias. The dogs correctly detected 79 per cent of the patients who actually had lung cancer, but when it came to those without lung cancer, the dogs correctly identified just 34 per cent. That’s just not a good return rate, given the seriousness of the diagnosis.

“Our dogs made mistakes with both positive and negative samples, and I think that one important reason for the inferior results might be that a true double blind situation puts a lot of stress on the animals and their handlers,” said Klaus Hackner, a co-author of the study. “Success and regular rewards are important for every kind of sniffer detection work.”

Hackner believes this was a learning experience, and he hasn’t given up hope that dogs can someday be used to sniff out lung cancer. It’s just a matter of setting up effective protocols.

“This disparity is not likely to be a detection issue; dogs have been shown to have extremely sensitive noses as proven by their use in tracking, bomb detection, and search and rescue,” he said. “However, in contrast to analytical instruments, dogs are subject to boredom, limited attention span, fatigue, hunger, and external distraction.”

Still, this study points to the limitations of using dogs for such complex and psychologically-demanding tasks. It would probably be more practical to develop the much heralded “e-nose” — a sensor just as powerful as a dog’s extremely sensitive nose.