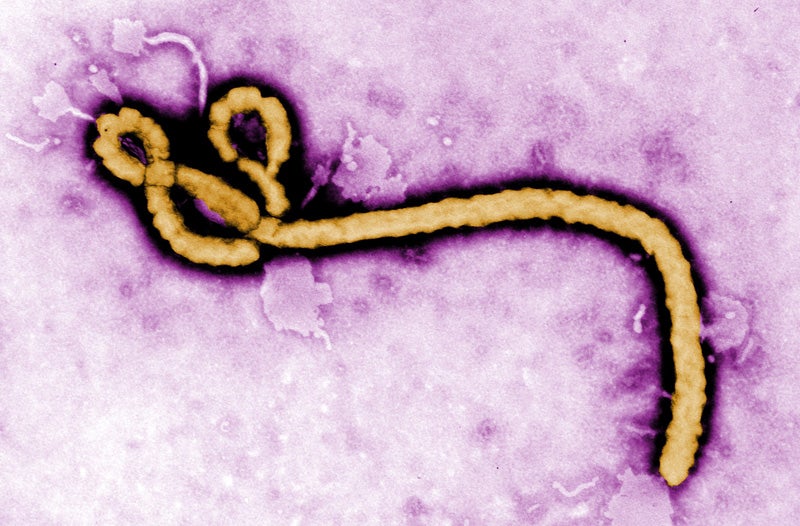 Much like their human hosts, some deadly pathogens just can’t let go. That’s apparently true of the Ebola virus, which was detected in a Liberian man’s semen an incredible 565 days after he recovered from illness, according to a new CDC report.

Due to the risk of sexual transmission, the CDC previously recommended that Ebola survivors use condoms or abstain from intercourse for three months after recovery. That changed last year, when genetic fragments of Ebola were found in man’s semen almost six months after he first fell ill.

Since then, the CDC has recommended survivors use condoms indefinitely, but the full extent of Ebola’s clinginess wasn’t clear until Tuesday, when a new report on the virus was published by The Lancet Global Health. From The Washington Post:

The study, the largest to date to look at Ebola virus persistence in men who survived infection, comes from a Liberian public health program run in coordination with the World Health Organisation and the CDC; it involves data collected between July 2015 and May. It shows that of the 429 men who were tested, 9 per cent, or 38 Ebola survivors, had fragments of the Ebola virus in their semen.

Of the 38, 63 per cent had semen samples that tested positive for Ebola one year later. One man was found to still carry Ebola a shocking 565 days after he recovered from illness. That’s a full year and 200 days.

While the test can only confirm the presence of Ebola genetic material, as opposed to a living virus, health officials have good reason to not take any chances: In one case, a man was found to have sexually transmitted Ebola a full five months after he recovered from the disease.