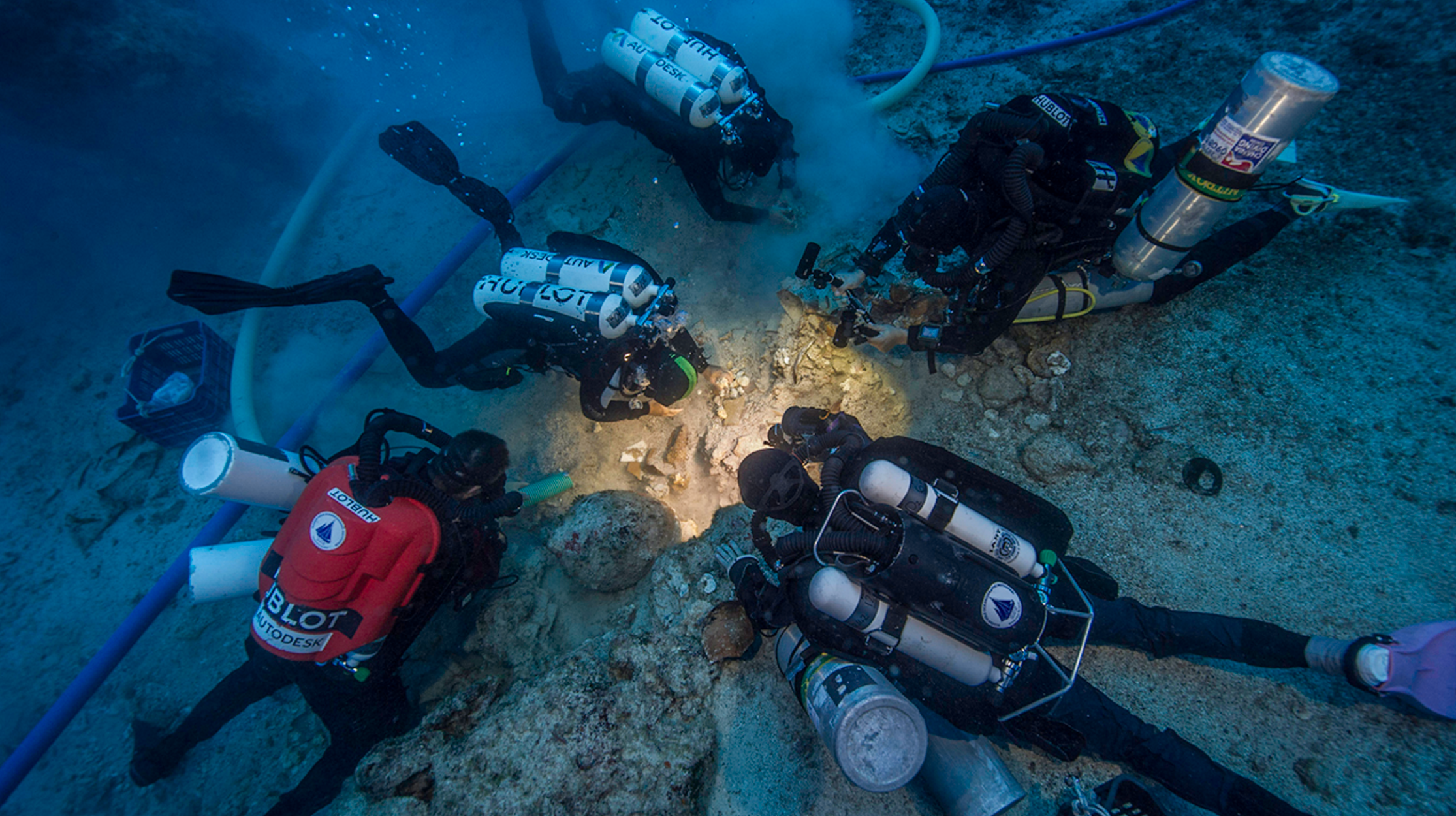 Marine archaeologists have found the partial remains of a 2000-year-old skeleton while conducting an excavation at the Antikythera shipwreck, the famous site that yielded the freakishly-advanced Antikythera Mechanism. Incredibly, the ancient remains could still contain traces of DNA.

The remains, found just three weeks ago, were discovered by researchers from the Hellenic Ministry of Culture and Sports and the Woods Hole Oceanographic Institution (WHOI). Working at a depth of 50m, the archaeologists found the partial human skeleton buried under 0.5m of sand and busted bits of ancient pottery. The excavation yielded a human skull (including a jaw and teeth) legs, ribs and the long arm bones. The researchers will now see if they can extract DNA from the 2000-year-old remains. Should they succeed, it will be the first time that scientists have pulled DNA from such an old underwater sample. The remains are surprisingly well preserved, and experts are encouraged that genetic material still exists within the bones.

The Antikythera shipwreck is a fascinating site, and archaeologists are eager to learn more about the ship, its cargo and ill-fated crew. Prior to sinking sometime around 65 BC, this impressive ship transported luxury items — including the oddly computer-like Antikythera Mechanism — from the eastern Mediterranean to other parts of Europe, likely Rome. The ship was large, consisting of multiple levels, and with many people on board. Evidence suggests that the ship broke apart after a storm sent it careening into rocks, causing it to sink quickly.

Preliminary analysis of the skeleton suggests that the individual was a young man. Should DNA analysis be successful, scientists could learn details such as his hair and eye colour, and even his ancestral and geographic origin. Other portions of the skeleton are still embedded in the seafloor, and the archaeologists plan a return visit to collect the rest.

“Archaeologists study the human past through the objects our ancestors created,” noted Brendan Foley, a marine archaeologist with WHOI, in a statement. “With the Antikythera Shipwreck, we can now connect directly with this person who sailed and died aboard the Antikythera ship.” It’s exceptionally rare to find such ancient physical remains underwater. The Antikythera wreck was discovered in 1900 by sponge divers, and all visible artefacts were soon collected. Archaeologists suspect that much of the ship’s cargo still remains buried under the sediment. Recent excavations at the site have produced various artefacts, including large anchors and a “war dolphin” — a teardrop-shaped lead weight that was used by the ancient Greeks as a defensive weapon to smash hostile ships.