4 years ago -
Filed to:eeew no 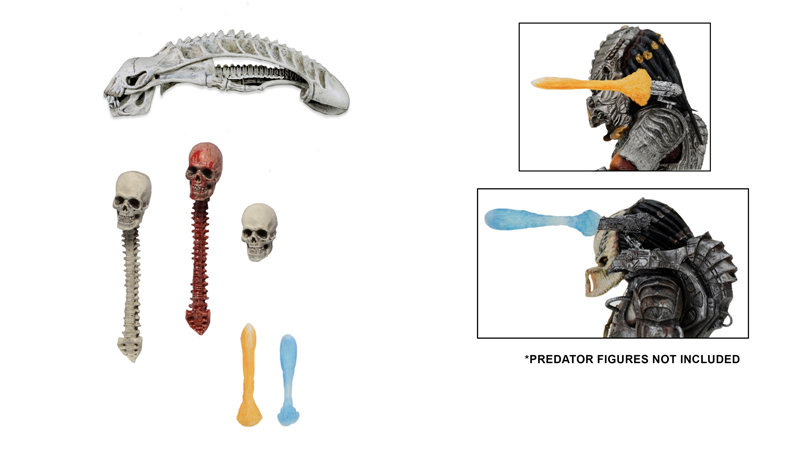 You know, most accessory packs for action figures come with things like extra weapons or extra storage options. Maybe even an extra bit of clothing. Rarely, do they come with an in-scale replica of a human being that’s had all of its skin flayed off.

You have to admire NECA’s commitment to the Predator universe. Sure, it’s a little plastic action figure, but it’s pretty gross, so here’s your quasi-NSFW warning, just in case.

NECA has released new images of its Predator accessory pack, first teased at SDCC. The pack doesn’t come with a Predator figure, it’s just extra adornments for one you’ve already got. 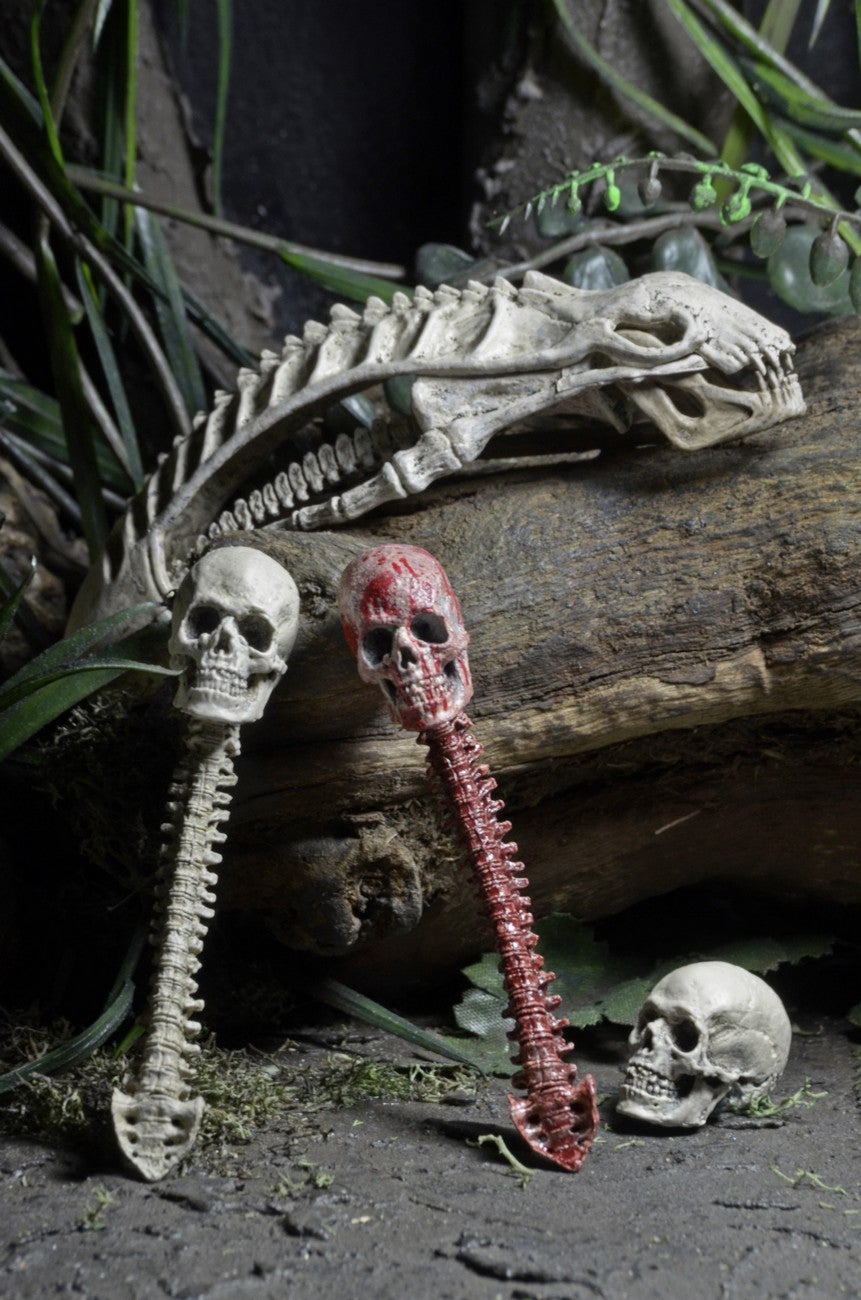 So there are things like blaster-effects pieces that can clip onto their guns to make them look like they’re shooting bolts of energy, the skulls of both a Xenomorph and a human for them to grasp triumphantly, and even both a clean and bloodied skull with spinal cord, so you can pretend that your Predator toy is a bit of a clean freak. Cleanliness is next to Predatorliness, after all!

Oh yeah, and then there’s the in-scale flayed human being. 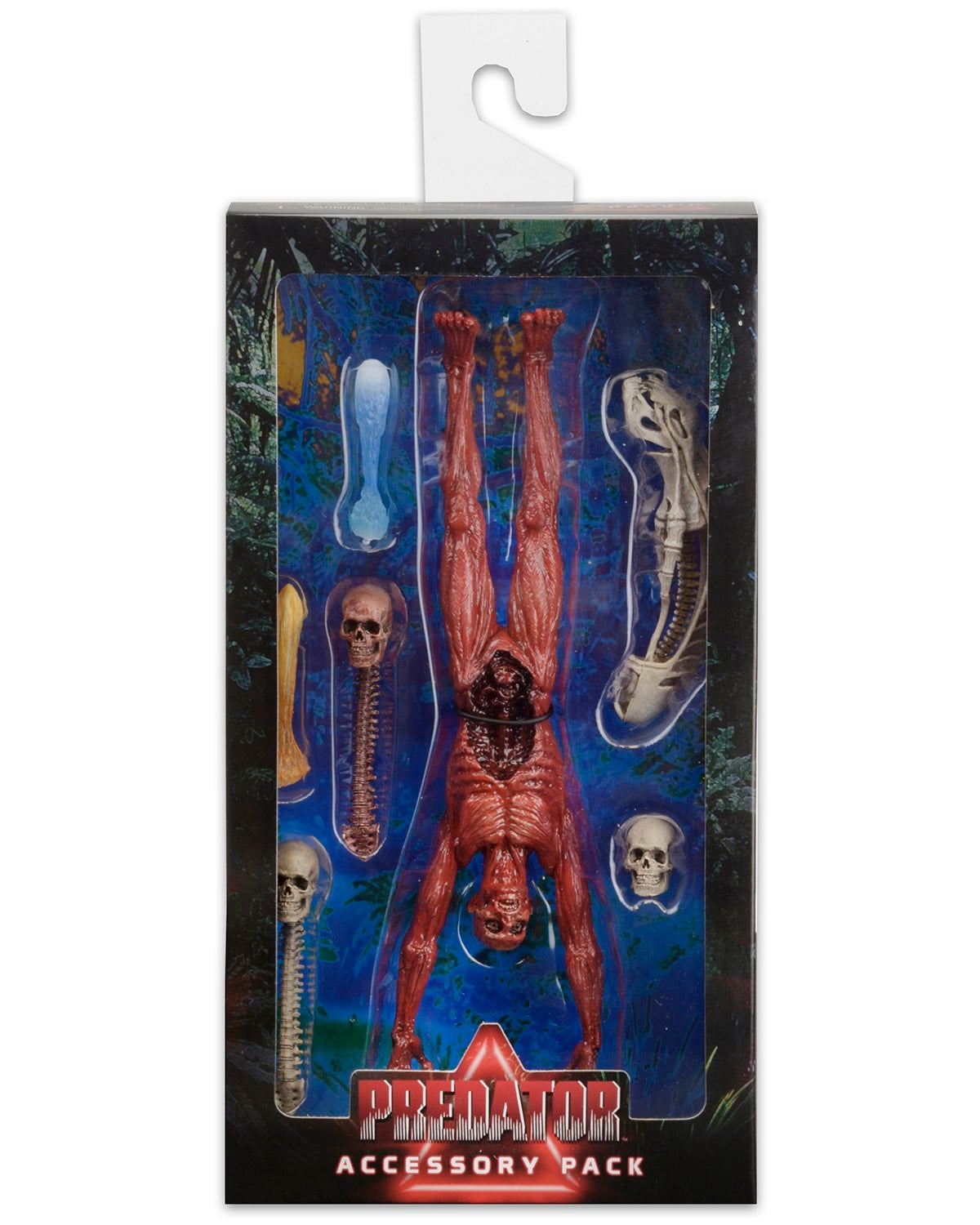 EEEEEEEEEEEWWWWW. It’s very faithful to the Predator’s preferred methods of killing, but I am not entirely sure how I feel about a flayed person as an action figure accessory. Plus, how are you meant to pose him? Does the predator figure lift him aloft by an ankle? Do you stand the body upright and make it look like he was skinned mid-Mexican wave?

It’s weird. And kind of brilliant. And very gross. If your Predator action figure is desperately waiting for a flayed corpse of its own, the accessory pack will be available next month for around $US24 ($31).