A Very Obscure Marvel Character Could Be Coming To Spider-Man: Homecoming 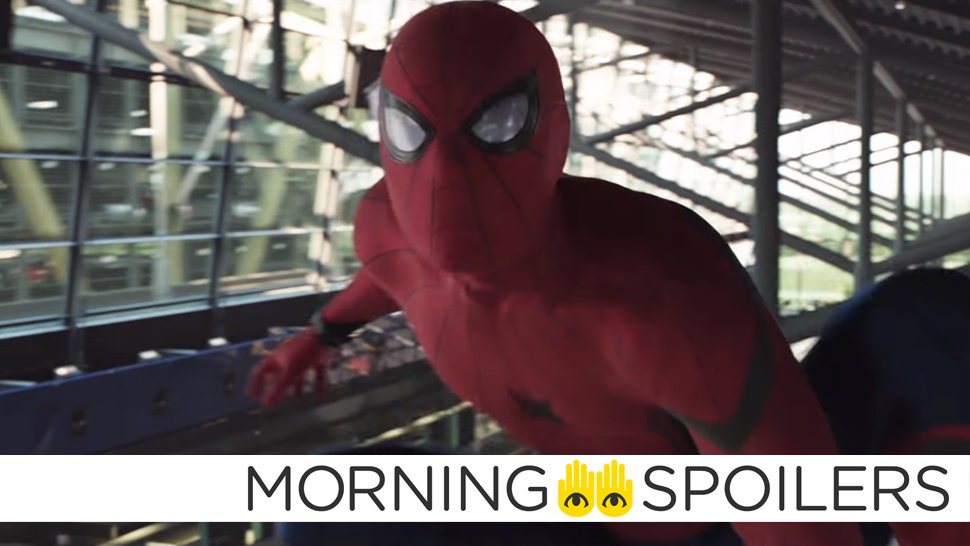 It’s a Marvel blowout, as Kevin Feige talks magic in Doctor Strange and Sam Jackson hopes for the return of SHIELD in the movies. Syfy’s Channel Zero is already casting for season two. Lin-Manuel Miranda teases Mary Poppins Returns. Plus, a look at Tom Felton’s new Flash character. To me, my spoilers!

Bleeding Cool is reporting that Sony is allegedly showing a sudden and sharp interest in the incredibly obscure Marvel character Nightwatch, a time-travelling hero spun out of the Amazing Spider-Man comics in the ’90s that flopped in his own limited comic series (and whose design was a bit more than heavily inspired by the design of Spawn).

According to the site, Nightwatch’s origins in the Spidey comics make him part of the roster of characters they can use with their movie licence, and Sony’s sudden interest in reading those comics is usually an expression of their intent to bring a character over into their movies — presumably Homecoming, but considering that almost every Spider-Man character under the sun has been rumoured for the film, it might just be for a Nightwatch movie. Take all of this with a whole truckload of salt.

Meanwhile, Tom Holland has shared a new picture from the film’s shoot in Queens.

First night in queens and it feels like home already #spidermanhomecoming

Kevin Feige discusses the nature of magic in the MCU with /Film:

The idea of magic was introduced and written-off in a single line in Thor. What made you want to bring magic back into the Marvel universe in a full proper way like this now?

Kevin Feige: I don’t know if it was written off in that single line in Thor. It was given another way of looking at it. There are a couple of lines in Thor basically saying that science and magic, it gets to a point where what’s the difference. And I think we’re continuing that. The Ancient One encounters Strange — he’s a scientist, he’s learned Western Medicine; he believes very much in that. She starts using Eastern lingo in the way she’s describing the world to him. He immediately writes it off — he rolls his eyes, he doesn’t buy it, and she goes ok, and she starts talking about it in Western terms to try and make him more comfortable. She says it’s the same thing. Whether you’re looking at the ancient study of acupuncture pressure points or you’re looking an MRI — she’s trying to say we’re talking about the same things here. And if you’re not comfortable with the word spells, let’s use the word program. It’s all the same thing. And I think that’s true to a certain extent — I think for the audience and the way science is going. I’m not a scientist. I just read articles that are interesting and that capture my imagination, but I think there’s a reason why there’s so much faith placed in science.

For a long time there was a prologue in this movie that we’re not doing — maybe we’ll do in part two, so maybe I shouldn’t mention it — but it took place in CERN. If you think about CERN, it comes up a lot in SF story because it’s so mind-blowing what’s actually being done there, and we’ve looked at that a lot because of the discussions about parallel dimensions and multiple-dimensions, and all of that has gone into building the foundation for our fictional reality within the Strange universe. And then you go back and look at the comics and look at the journey the Ancient One takes Strange on in the comics, and it’s all the same thing. They didn’t know about parallel dimensions back then — they were making it up or tapping into philosophies for it, and now I think it’s more relevant and potentially, theoretically, more realistic than ever. Realistic being a relative term here.

Here are a few more behind-the-scenes images released by Marvel — you can see the rest in our set report from the film. 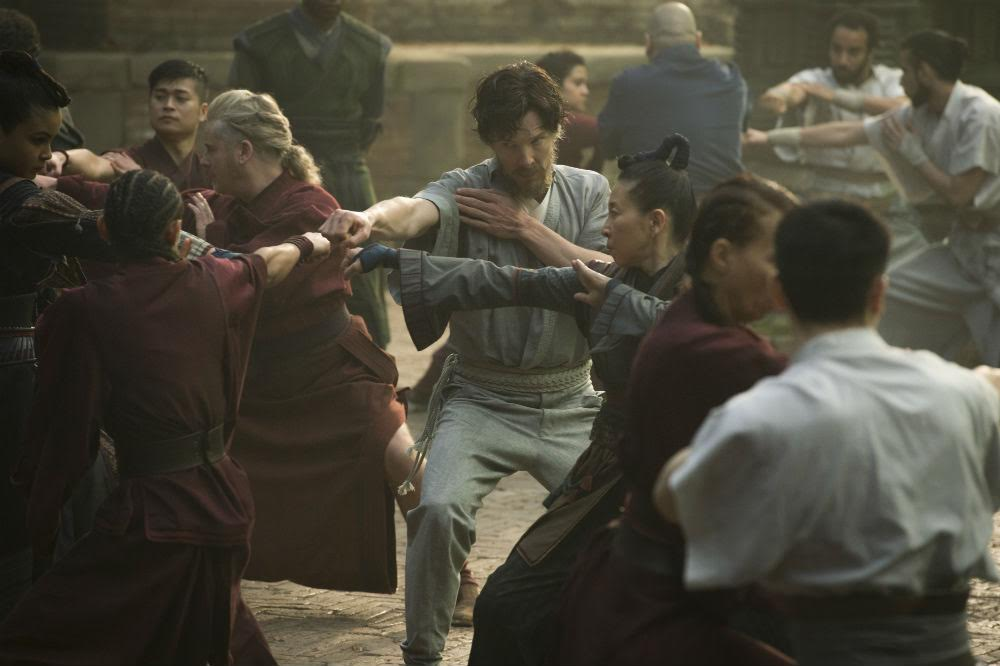 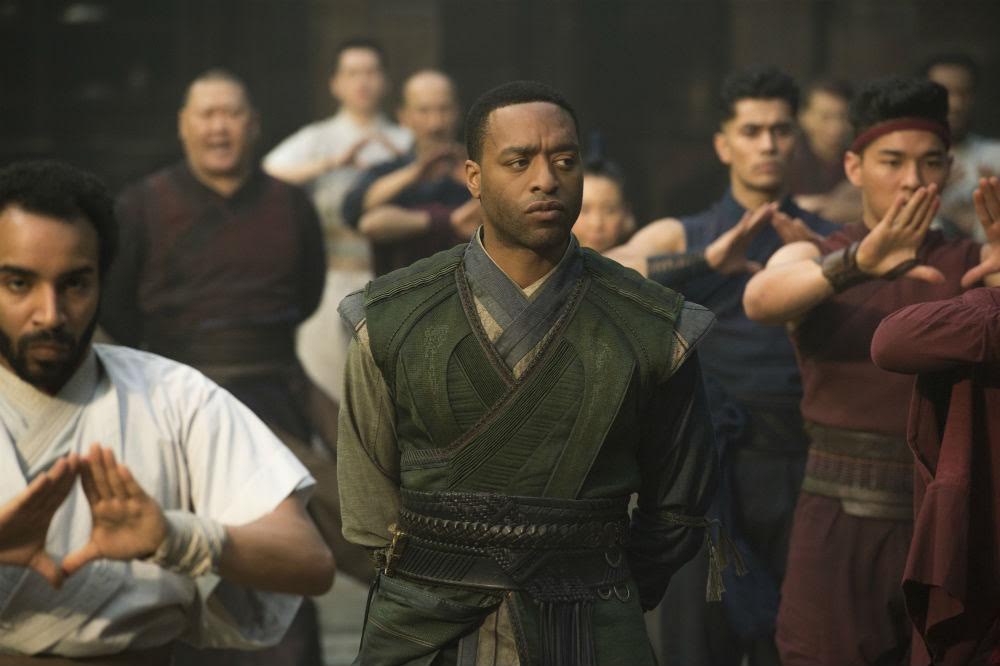 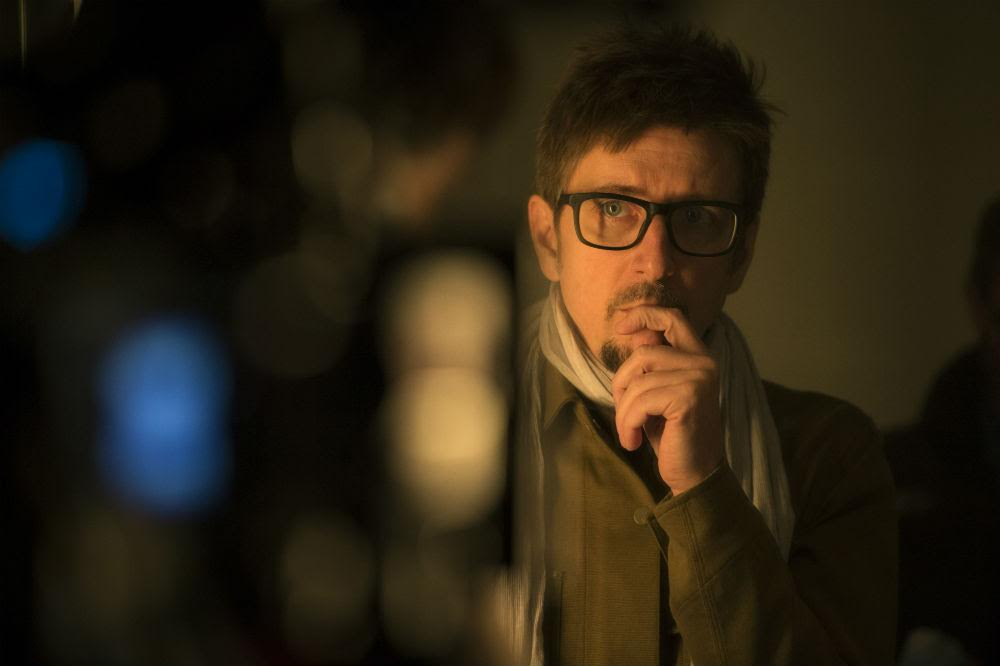 Sam Jackson believes that SHIELD will rise again in the movies.

Do you still think there’s still a place for S.H.I.E.L.D. within the MCU?

Samuel L. Jackson: Yeah! For sure, definitely. Why wouldn’t there be? There’s some way of fixing what they created, and hopefully somebody has that going on or Nick Fury is out there — wherever he is, probably hanging out with Jules and walking the world — figuring out what happened and how it got to that particular place. Maybe they will find out that all that was part of a ruse to get to something else also. That would be great. They will bring me back somehow, some way, for some reason. I mean, they didn’t have me around to referee the kids when they didn’t go to their rooms and got in this big old fight. We’ll see what happens.

Steve Jablonsky will return to score the film.

Lin-Manuel Miranda sets up the premise of the film for Variety:

It’s straight-up a sequel. Michael and Jane Banks have grown up, and they find themselves in their own spot, and Mary Poppins comes back to take care of Michael’s kids. I play a lamplighter named Jack who sort of grew up apprenticing to Bert. So I know if Mary Poppins shows up, it’s gonna get awesome. I perform that function in the movie, of saying: ‘Y’all don’t know about Mary Poppins. When Mary’s around, cool shit happens.’

Jeff Ward has been cast as the male lead in the show’s second season, based on the “NoEnd House” creepypasta story. Ward will play Seth, a “soft-spoken” man who forms a bond with Margot, a woman investigating the creepy house. [Deadline]

Skeet Ulrich will guest star as a character with a mysterious connection to Jughead’s past. [E!]

The show has been renewed for a fourth and final season. [TV Line]

Sean Maguire will return as Robin Hood in the next season, despite the character previously being very dead. [TV Guide] 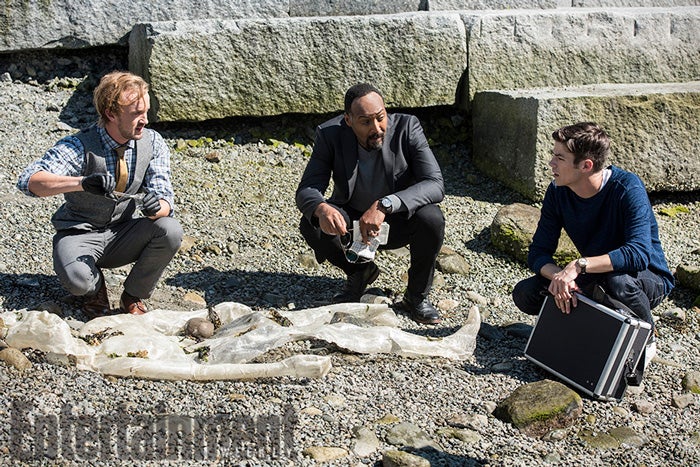