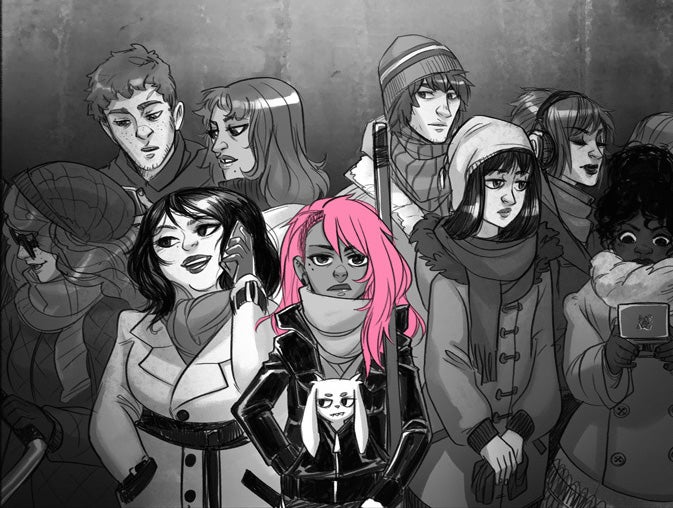 When Farah, star of the webcomic Shattered Starlight, was younger, she was able to deal with her problems by hitting them with her magical hockey stick. That’s because she was a magical girl, a defender of Montreal. But now that she’s older, she has to deal with crappy jobs and crappier bosses. And that might be the worst of her problems.

A while back, cartoonist Nicole Chartrand posted a few comic pages to her Tumblr, depicting a scene in which a former magical girl is being chewed out by some magical girl bureaucrat. They’re both angry and crude and I immediately fell in love with them both. This wasn’t part of a longer comic, Chartrand explained at the time, just an idea she was kicking around.

I was itching to see a longer version of this comic, and now it exists.

Farah is no longer operating as a magical girl, thanks to some unspeakable event in her past. But she’s still got her powers, and sometimes they manifest at inopportune moments — like when she’s dealing with an arsehole boss. Now Farah finds herself shuffled off to another job with folks who are more like her, and she’s pretty sure she’s going to hate it.

But it sounds like Farah’s going to encounter some monsters, both literal and metaphorical, from her past. And I’m looking forward to seeing how Farah reacts, and how she reconciles her magical girl past with her current life.