World’s Largest Aircraft Takes Off For The First Time, Still Looks Like A Butt 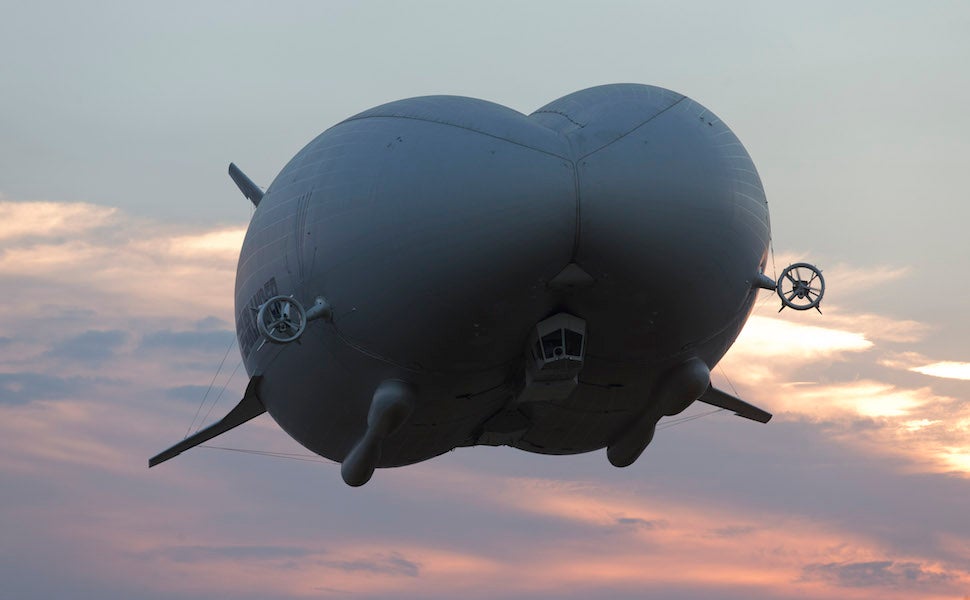 The Airlander 10 — also known as the world’s largest aircraft, better known as a giant, arse-shaped vessel — took off for the first time today.

The “flying bum”, as it’s apparently known, was supposed to take its maiden voyage on Sunday, but the flight was postponed due to “a slight technical issue”. The aircraft’s maker, Hybrid Air Vehicles, didn’t say on Sunday when the flight would happen, but luckily for arse and aircraft enthusiasts everywhere, it finally took off from Cardington airfield near London. 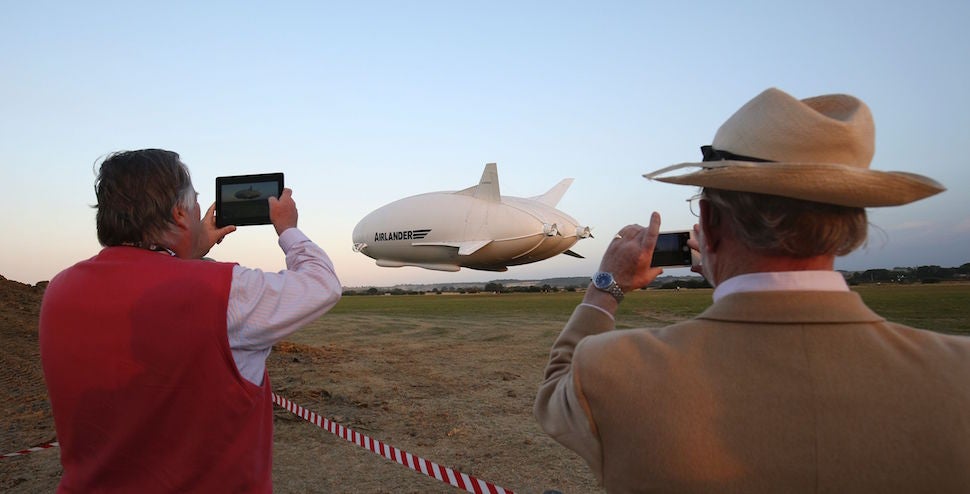 The flight itself wasn’t long — just half an hour, according to the AP — but apparently drew a crowd of hundreds. The 92m aircraft combines elements of “fixed wing aircraft and helicopters with lighter-than-air technology”, resulting in a Frankenstein-esque behemoth that its creators say can stay in the air for over two weeks unmanned.

The AP says the Airlander 10 was originally created for the US military, which wanted to use it “for surveillance in Afghanistan”, but the plan was axed in 2013. (It’s hard to miss a giant butt.)

Unlike other notable aircrafts — like, say, the Hindenburg — the Airlander 10 uses helium to stay afloat. According to Hybrid Air Vehicles, it can also withstand “numerous bullet holes” and operate “in all weather conditions”. As Gizmodo previously reported, it could theoretically be used for academic research, transportation or as a way to bring material to remote locations.

Also, never forget that it looks like a giant, floating arse. 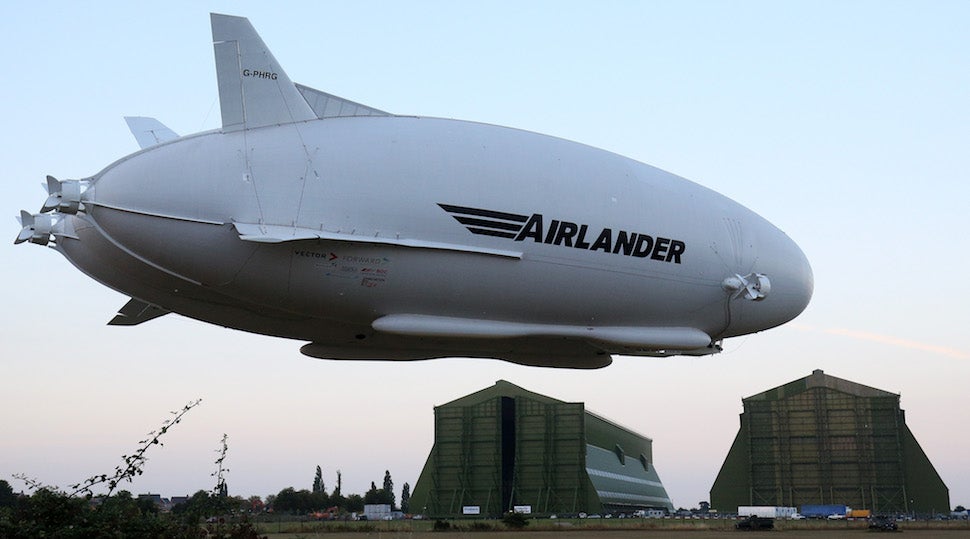